What is the Memory?

What is the memory?: Memory is the process of taking in, storing and processing the information from the world around us and later recalling that information, sometimes many years later. 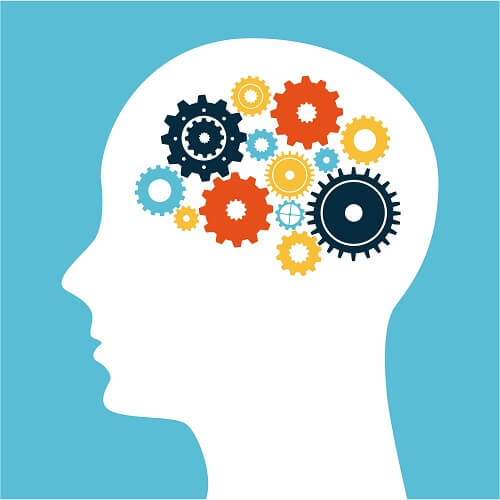 Memory is the capability to think about events that might happen in the future. It is that part of brain by which data or information is encoded, stored and retrieved when needed. It involves encoding, storing, retaining and subsequently recalling information and past experiences.

Sensory memory is a memory that is capable of storing relatively limited amounts of information for very brief periods.

Information for somewhat longer periods but of relatively limited capacity as well is stored by the short-term memory. Short term memory is also known as the Temporary Working Memory.

A long-term memory is capable of storing information for very long periods. It is also known as the Permanent Memory Store**.**

Stages of the Memory

Memory has three stages that are following:

The information needs to be changed when it comes into our memory system (from sensory input). The information changed into a form that the system can cope with, so that it can be stored.

There are three fundamental ways in which information can be encoded:

In long-term memory the principle encoding seems to be semantic coding (by meaning). But, information in LTM can also be coded both acoustically and visually.

Storage concerns the nature of memory stores, i.e., how long the memory lasts for, where the information is stored, what kind of information is held and how much can be stored at any time.

The way we retrieve the information is affected by the way we store information. There has been a remarkable amount of research regarding the differences between Long Term Memory.

Retrieval refers to getting information out storage. If we can’t remember something, it may be because we are not able to retrieve it. The differences between STM and LTM become very clear, when we are asked to retrieve something from memory,

STM is stored and retrieved continually. For instance, if a group of participants are given a list of words to remember, and then asked to recall the second word on the list, In order to retrieve the information, participants go through the list in the order they heard it.

LTM is retrieved and stored by association. This is reason you can remember what you went upstairs for if you return to the room where you first thought about it.

We encounter two key problems when we transfer information from short-term memory to long-term memory:

It is a phenomenon in which some memories interfere with the retrieval of other memories. We speak of interference, when competing information interferes with our storing information. When some information makes it difficult to recall similar material the interference occur at that time.

Imagine you have watched two crime movies with the same actor. You then try to remember the story line of one of the movies but mix it up with the second movie. You are experiencing interference.

It is a type of forgetting that occurs when memories fade over time. This can be apply to sensory storage and short term memory but not to the long term memory. We speak of decay, when we forget facts just because time passes.

Non-declarative memory is obtained without consciousness or implicitly through performance rather than recollection. You engage in many tasks every day that involve your unconscious recollection of information.

Some forms of the non-declarative memory are highly volatile and decay quickly. Examples are priming and habituation. Go back to our movie example and assume that one of the main protagonists in the movie was Tom Cruise. After the movie you heard a conversation in which the word “Cruise” is mentioned. Automatically, Tom Cruise pops into your mind.

If you hear the word “Cruise” a few days later, however, Tom Cruise may not be accessible in your mind, and you may rather think of a cruise you recently took, or would like to take, in the Caribbean .Other non- declarative forms are maintained more readily, particularly as a result of repeated practice (of procedures) or repeated conditioning (of responses).

Declarative memory allows us to consciously recollect the events and facts. It is a generally indexed by our ability to explicitly recall or recognize those events or facts.

Entrance into the long-term declarative memory may occur through a variety of processes.

In Short
What is the memory: Memory is the process of taking in, storing and processing the information. Sensory memory, short-term memory and long-term memory are three types of memory. Memory has three stages: encoding, storage and retrieval.

Stress generally impairs the memory functioning, however, stress also can help enhance the consolidation of memory through the release of hormones.

With a view to improving our memory metamemory strategies involve reflecting on our own memory processes. Such strategies are especially necessary when we are transferring new information by rehearsing it to long-term memory.

One strategy people use for keeping data active is rehearsal, the repeated recitation of an item. The effects of this rehearsal are called practice effects.

In maintenance rehearsal the person simply repetitiously rehearses the things to be repeated. Such rehearsal temporarily maintains data in short-term memory without transferring the data to long-term memory. Without any kind of elaboration, the information cannot be organized and transferred.

Stored memories are organized. One way to indicate how memories are organized is by measuring subjective organization in free recall. This means that researchers measure the alternative ways that persons organize their memories. Researchers do this by giving participants a list of unrelated words to recall in any order. Participants have multiple trials during which to learn to recall a list of unrelated words in any order they choose. If the sets of test words can be divided into groups, participants impulsively will cluster their recall output by these categories.

Mnemonic devices are particular techniques to assist you memorize lists of words. Necessarily, such devices add meaning to otherwise meaningless or casual lists of items. Even music can be used as a mnemonic device when a well known or easy melody is used and connected with the material that needs to be learned. The most frequently used mnemonics devices are following:

Categorical Clustering: Organize a list of things into a set of categories.

Interactive Images: Create interactive images that link the separated words in a list.

Pegword System: Associate each new word with a word on a previously memorized list and form an interactive image between the two words.

Method of Loci: Visualize walking around an area with distinctive land-marks that you know well, and then link the various landmarks to specific items to be remembered.

Acronym: Devise a expression or word in which each of its letters stands for a certain other concept or word (e.g. USA, IQ, and laser).

Acrostic: Form a sentence rather than a single word to assist you remember the new words.

Sternberg presented a display of from one to six different digits to a participant for 1.2 seconds. Then he presented a test digit and the respondent had to decide whether the test digit had been included in the display just indicated. The length of the display should not impact the reaction time, if parallel processing occurred, but if serial processing occurred, the reaction time should enhance with an increase in the length of the display.

Sternberg found that it took at least of 397.2 milliseconds, or msec to react when 1 item was in the display and enhanced by 37.9 msec with each additional item. A fascinating finding was that the response time was about the same whether the response was a “no” or a “yes”.

This process is called an exhaustive search. Sternberg concluded that individual perform an exhaustive sequential search when retrieving information from short term memory.

It is difficult to separate storage from retrieval phenomena. Participants in one study were tested on their memory for list of grouped words. Participants would hear words within a group together in the list. They even would be given the name of the category before the items within it were presented.

Followed by the words, “shirt, socks, pants, belt”, the participants might hear the category “article of clothing”. Participants then were tested for their recall. The recall test was done in one of the two ways:

Participants merely recalled as many words as they could in any order they chose in free recall condition. However participants were tested category by category in a cued recall condition They were given each category label as cue. Then they were asked to recall as many words as they could from that category. The evaluative result was that cued recall was far better, on average, than free recall.

Researcher concluded that the participants had not stored quite so many words, But the comparison to the cued recall condition illustrated that apparent memory failures were largely a result of retrieval, rather than storage failures.

Summary
Consolidation is the process of integrating new information into stored information. Metacognition is our ability to think about and control our own processes. Mnemonic devices are particular techniques to assist you memorize lists of words. People use rehearsal for keeping data active. 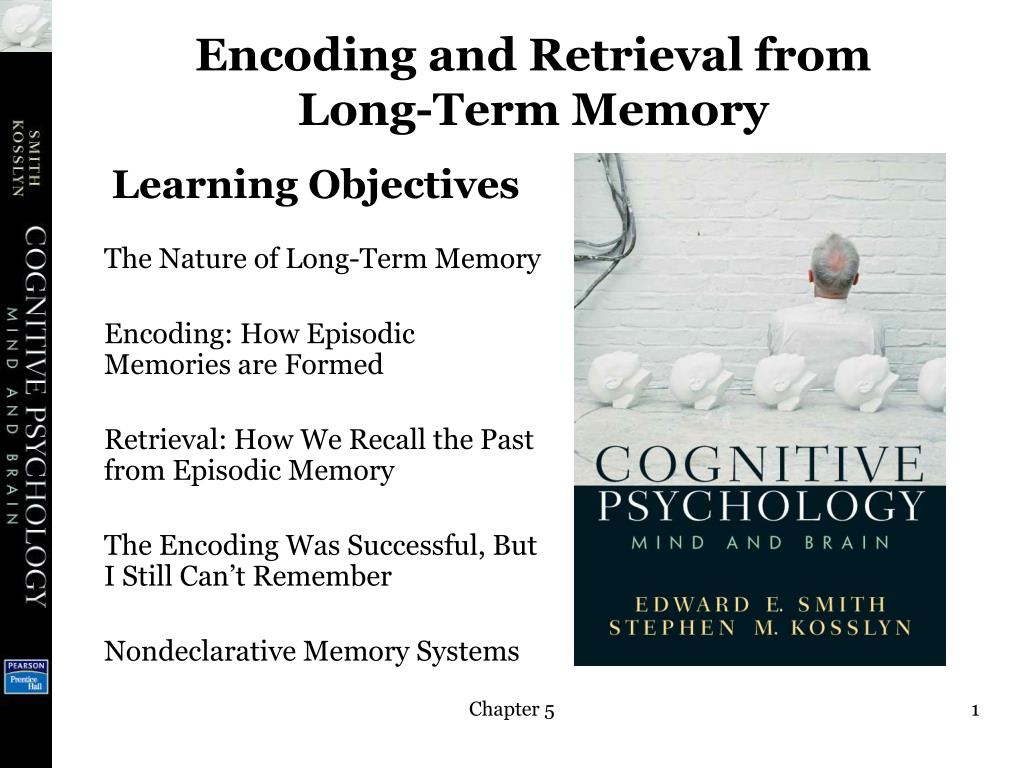 Here are some frequently asked questions regarding what is the memory.

Why do we need memory?

Memory has a basic role in life, reflecting the past as the past, and offering the likelihood of reusing all past and present experiences, as well as assisting to guarantee continuity between what was and what was going to be.

How long does haptic memory last?

Haptic memory seems to be used when assessing the important forces for holding and interacting with intimate objects. Haptic memory basically seems to decay after about two seconds.

What is chunking in memory?

Recoding of smaller units of information into larger, familiar units is known as the chunking. Chunking is frequently assumed to assist bypassing the limited capacity of working memory . Chunks in early list positions refined recall of other, not-chunked material, but chunks at the end of the list did not.

Is short term memory the same as working memory?

Working memory refers to the processes that are utilized to temporarily store, organize, and handle information. Short-term memory refers only to the temporary storage of data in memory.

What is a poor working memory?

Approximately 15% of children are affected by the poor working memory. It is portrayed by inattentive, distractible behavior that is accompanied by failures to complete everyday activities that require focused or sustained attention.

Best Laptop For Sims 4
Rubik's Cube 4X4
Virtualization
Best I5 8600k Motherboard
What are the Dreams?
How To Cheat On Homework?
What does SB mean on snapchat?