States without Sales Tax are Alaska, Montana which does not have sales tax but 1.991% of rental tax, Delaware, New Hampshire, Oregon. Sales tax is additional money a person pays while purchasing goods and services and it is imposed by the government. Retailers charge the sales tax and pass it to governing bodies. 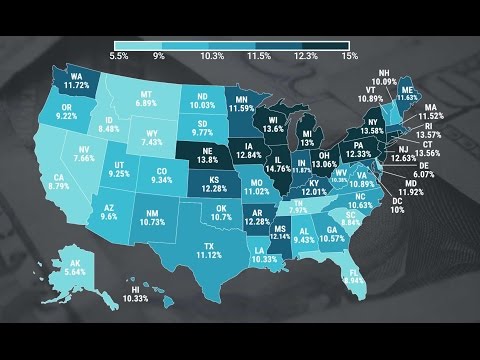 sales tax in US

Sales Tax is money a person pays while purchasing goods and services collected by governing bodies depending on some factors like in which states you live in - you only have to pay tax in states where you have a connection as Sales tax is governed at the state level and no national sales tax imposed in the U.S.
The goods or services as different tax rates apply to different goods and individuals can also be exempted from taxes depending on states like living in States without Sales Tax, that are Alaska, Montana Delaware, New Hampshire, Oregon. This can differ from state to state.

Alaska – One of the States without Sales Tax

The State of Alaska (AK) does not have any state sales tax but local sales tax is collected in addition to the Alaska sales tax of 0%. The state of Alaska allows counties and its cities to collect a local sales tax (under local governments ) of 7.00% but they do have the highest sales tax rate in the city Homer with 7.85% of sales tax on all non-exempted purchases within their jurisdiction. There are a total of 141 local tax jurisdictions across Alaska, and they collect an average of 1.669%.

In some states, items like alcohol and prepared food (with restaurant prepared meals and some premade supermarket goods) are charged at a higher sales tax. The Alaska sales tax applicable to the sale of boats, cars, and real estate sales may also vary by local tax jurisdiction.

So, the actual sales tax you pay on goods and services in Alaska may vary between 0% and 7.85% depending on which county or city the sale is made in.

The following counties in Alaska have a sales tax rate that occurs within that county is:

Alaska does not have a state sales tax, which means their State Rate is equal to 0%. but local sales tax is collected in addition to the Alaska sales tax. Sales tax on common exempted goods like $100 Restaurant Dinner, Groceries of $100, clothes of $100, consumer product of $100 are 0% which means the total bill is $100.

There is no state sales tax in Delaware. There is also no state corporate income tax on goods and services provided by Delaware corporations operating outside of Delaware.

In Delaware, there is sometimes a county-level real estate property tax, but that tax is very low compared to other U.S. states. Also, it does not matter if a company’s location is within the state or not – as a Delaware company, no in-state tax is applicable on the purchase of goods and services.

The State of Delaware sales tax only applies to buyers of the product. Entities purchasing goods for resale or improvement can use a Delaware Sales Tax Exemption Form to buy the goods tax-free.

If someone is purchasing a car in Delaware, they may have to pay 4.25% of additional money as a “Motor Vehicle Document Fee”.

Average Local Sales Tax
0.000%
The Delaware state sales tax of 0% is applicable statewide. Companies or individuals who wish to make a qualifying purchase tax-free must have a Delaware state sales tax exemption certificate, which can be obtained from the Delaware Division of Revenue. Individuals and companies who are purchasing goods for resale, improvement, or as raw materials can use a Delaware Sales Tax Exemption Form to buy these goods tax-free. A 3.75% “document fee” is collected on all automobile sales and necessities such as groceries, clothes, and drugs are exempted from the sales tax. However, Some goods may not be eligible for these sales tax exemption rates, such as expensive clothing, junk food, and non-essential pharmaceuticals.

Montana is also one of the states without sales tax which is 0.000%. There are also no local sales taxes beyond the state rate.

Average Local Sales Tax
0.000%
Montana also does not allow local jurisdictions to collect a local sales tax. The Montana state sales tax of 0% is applicable statewide but when making online travel arrangements for tourism or other purposes, a person will be charged federal taxes on airline tickets and may be charged state and local taxes on hotel or rental car and also all basic necessities like grocery, clothing under $100 are exempted from sales tax but not the expensive and luxury ones.

New Hampshire is also one of the states without sales tax and Local governments are not allowed to declare sales taxes in light of the statewide 0% sales tax.

But, the state also has one of the highest costs of living at 5% above the national average and the ninth highest in the country.

Oregon is also a state with 0.000% of state and local sales tax and has a lower cost of living if compared to the national average of the U.S.

The state of Oregon has high income tax so, as an individual, if you are lucky at the supermarket with 0 sales tax on your goods in Oregon, you may be charged high for residing in the state.

States without Sales Tax on Cars

When purchasing a car you aren’t required to pay sales tax for cars if you are in a State without Sales Tax. The list of these states with minimal to 0 sales tax on cars are as follows: 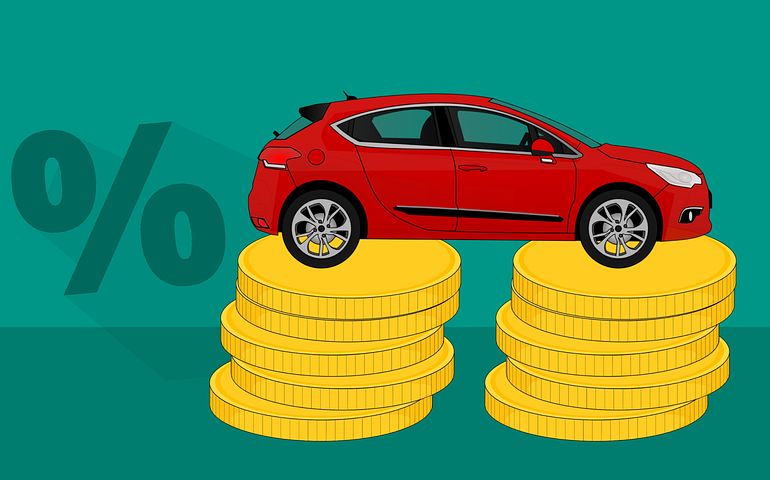 If you live near these states, you can save while purchasing cars because you don’t have to pay any state sales tax. Some states do charge use taxes or Document Fee, which may be as expensive as sales taxes, depending on where you purchase a car.

States with no income tax

There are 9 states in the U.S. with no income tax and that are Alaska, Florida, Nevada, New Hampshire, South Dakota, Tennessee, Texas, Washington, Wyoming

have no income taxes on their citizens. Income tax is usually how much an individual makes, which means if you make more you’ll pay more, but living in a state with no income tax, you’ll probably not have to pay huge money in terms of taxes.

But states with no income tax are not always beneficial for a person who thought of moving to a no income tax state, because governing bodies get that taxes through other sources like having higher property and sales tax. 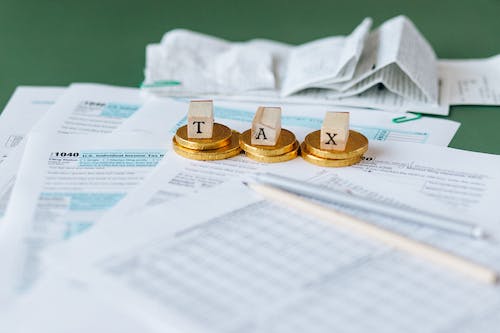 Some states with the highest sales taxes are as follows:

when talking about sales tax, the sales tax rate in New York includes two separate taxes: sales tax and use tax, and both taxes are the same rate so it doesn’t matter where you purchase things. New York City has its own rules, so the state charges a sales tax on some goods and services that the state doesn’t tax. 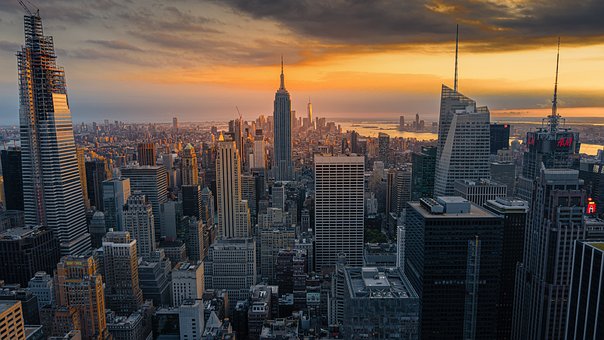 The sales and use tax rate in different locations of California has three parts:

Some customers under specific conditions are exempted from paying sales tax under California law. Like, government agencies, nonprofit organizations, and wholesalers who purchase goods for resale and retailers are required to collect exemption or resale certificates from buyers to complete each exempted transaction.

In terms of Sales tax nexus in California, the Supreme Court of the U.S. had overruled the physical presence rule with its decision in South Dakota v. Wayfair, Inc. States are now free to tax businesses. This decision has had an important impact on online sellers as they are no longer bound to have a physical presence in California in order to trigger a connection between a retailer and a state that requires the retailer to register then collect and remit sales tax.

The states of Alaska, Florida, Nevada, South Dakota, Texas, Washington, and Wyoming of the U.S. do not impose the income tax

2. Which state in the U.S. has the lowest sales tax?

The lowest sales tax in the state and average local sales taxes after Alaska’s state are in Hawaii with 4.44%, and Wyoming 5.34%.

3. How many States without Sales Tax in the USA?

There are 5 States without Sales Tax that are Alaska, Montana, Delaware, New Hampshire, and Oregon.

4. What is the least taxed state?

Actually, It’s not possible to completely live a tax free life as taxes transferred to government bodies to collect revenue as they contribute to the gross domestic product (GDP) of a country but there are some ways anybody can use to reduce some of their taxes like:

6. What state has the highest sales tax?

7. What are the 10 highest taxed states?

8. What city has the highest sales tax?

Sales taxes in the U.S. are imposed by state, counties and local bodies, Some of the highest combined state and local sales taxes are in cities of:

Sales taxes can have an immediate impact on the state but States without Sales Taxes do not matter a lot in some cases as they are just a part of an all-tax structure by governing bodies. For example, Tennessee has high sales taxes but no wage income tax whereas Oregon has no sales tax but has high-income taxes in the country also factors influence business location and investments, local governing bodies, etc.

Sales Tax
Sales and Use Tax