We bare bear panda is the main character of the cartoon series called we bare bear. He is the middle brother of grizzly bear and ice bear. He takes interest in technology; he loves his mobile phone and for taking the information he used to see “MyTube”. 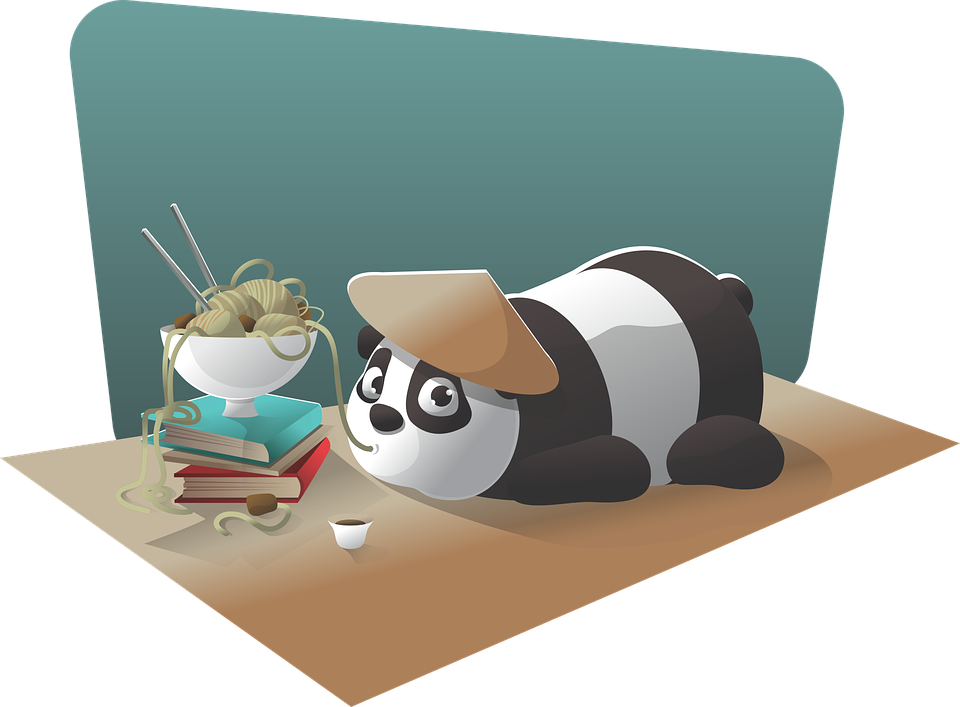 panda- we bare bear960×707
He is emotional, grumpy, and anxious. He easily falls in love and desperate to be in a relationship. Charlie is his best friend but doesn’t admit it. He is an Ovo vegetarian, turn into a primal mode when badly hungry.

We bare bear is an American anime series release on cartoon network. The series is consisting of 4 seasons, the first episode was on air on July 27, 2015. The best cartoon for kids series called ‘we bare bear’ was inspired by Chong’s webcomic “The three bare bears”. The series ends on June 30, 2020. 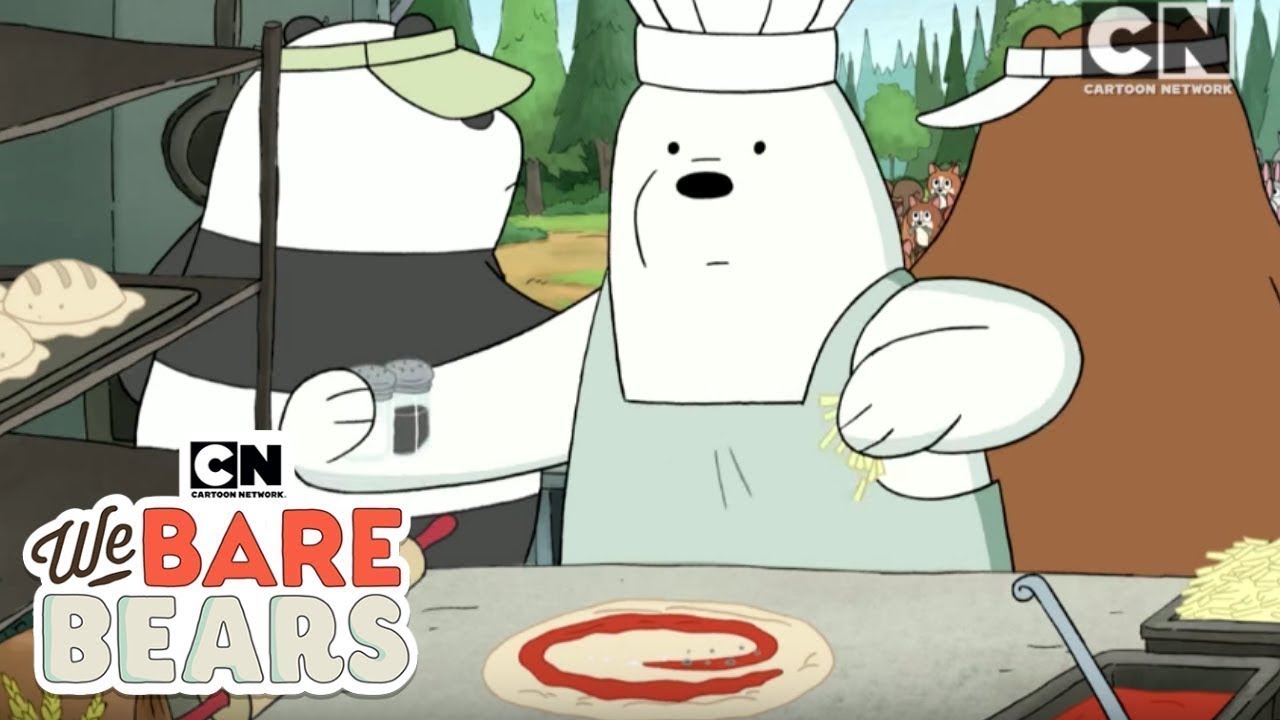 Characters of we bare bear:

We bare bear have various characters, the three mains are Grizzly bear, Panda bear, and Ice bear. The story is revolving around these three bears, their relationship with each other and with others.

Other recurring characters are:

The panda bear is the middle one among the three bears. He is the only one with a two-color body, black and white. He is quite an interesting character, he has good knowledge of technology, he loves to watch animated series and involves in dating sites as he is obsessed to have a girlfriend. He is the only one who wants a love relationship.

As an Asian panda bear, he takes interest in Asian culture and keeps good information about it. He is the frailest bear and possesses a strong relationship with both brothers. Grizzly bear said: “He is a link that holds three of them together”. He is the cutest bear. He is badly allergic to nuts.

He contains various terms in his personality, a deep, neurotic, artistic, and a little bit exaggerating like a drama queen all combine and make what panda bear is.

In we bare bear cartoons:

How Tall is Bear?

How to Draw Cartoons

As shown in the “We bare bear cartoons” the panda possesses three special abilities.

Episode panda 2: When panda was a cub he lived in an animal sanctuary in shanghai, china. He lived with other animals but unfortunately, he was the only panda over there, no one of his family was living over there. He likes to eat bamboo sticks like another panda bear.

One day a worker of animal sanctuary noticed his loneliness and give him a doll as his companion. He loves his doll and spent time with it. One day while seeing out from the window he noticed a light that is coming out of the box. He thought that it is a magical box and tried to approach it by jumping out from the window.

When he reached for the box, he was disappointed because no light comes out from it, it was a television and when he reached there it was turned off. Then he saw a truck of bamboo sticks standing out the sanctuary. He moved toward the truck, meanwhile, the staff realizes that the panda is escaped.

Panda jump out the window but unfortunately he can’t bring his doll with him, he sits in the truck and escapes from there. After some days he finds his brother’s grizzly bear and ice bear. They both are his sworn brothers.

Panda bears a relationship with other characters:

Panda bear shares a good relationship with the grizzly bear, as he is the oldest and the leader of the bear group. They protect each other and help each other in difficult situations. As grizzly bear stated that “panda is the link who hold three of them together”.

In the episode “our stuff” the grizzly bear help panda to find his bag pack, which contains his most important thing ‘mobile phone’ and also a bear stack to travel faster.

They both show a great bond in some other episodes such as ‘Occupy bear’, ‘The Road’, ‘Jean jacket’, ‘Nom Nom’, ‘Brother up’ and ‘Petshop’. 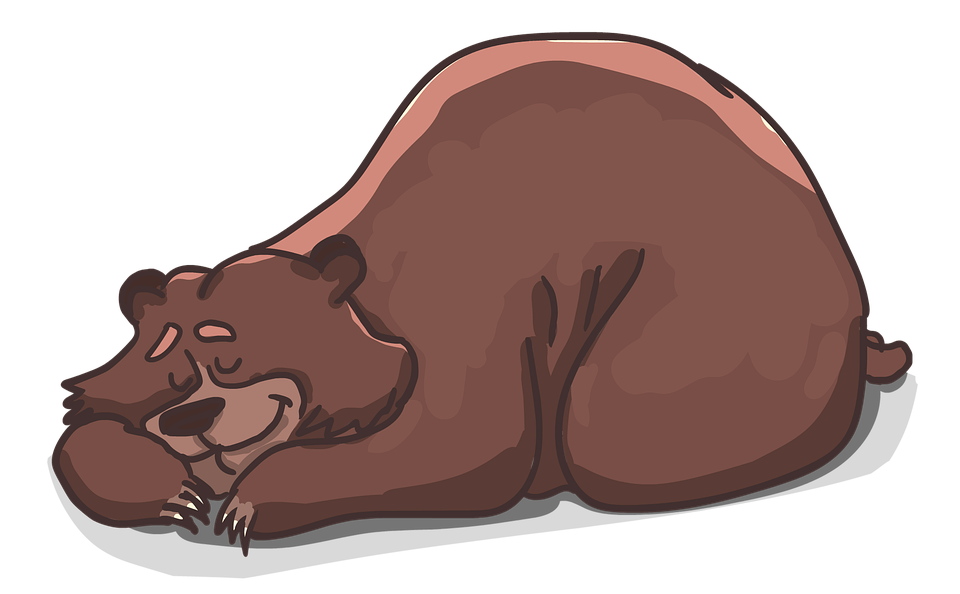 grizzly bear-we bare bear960×594
In the episode “Cupcake job”, a worse situation happened when they are attacked by an angry mob of customers, they helped each other and protect themselves. While browsing on the internet, they got an idea to scoop out the cupcake mixture that spread all around the room and make a giant cupcake with it.

In another episode called “hibernation”, grizzly woke up because he saw a dream that makes him uncomfortable, his brothers want to leave to let him rest but the grizzly doesn’t want them to leave him alone so, panda offers him to come with them. That night they spent together outside under the stars.

Grizzly was a media personality and part of a popular series; he offers panda a role in his film called “Crowbar jones”. Panda plays a side role with funny punches.

Ice bear is the youngest among them, he and the panda are very close to each other. Ice bear and panda are brothers, shown great concern toward each other in different episodes of we bare bear.

In episode “jean jacket”, when panda got smacked after that ice and grizzly bear gets very upset.

In “brother up”, the ice bear voluntarily assists the panda. In cub episodes, they get very emotional when they separated from each other. 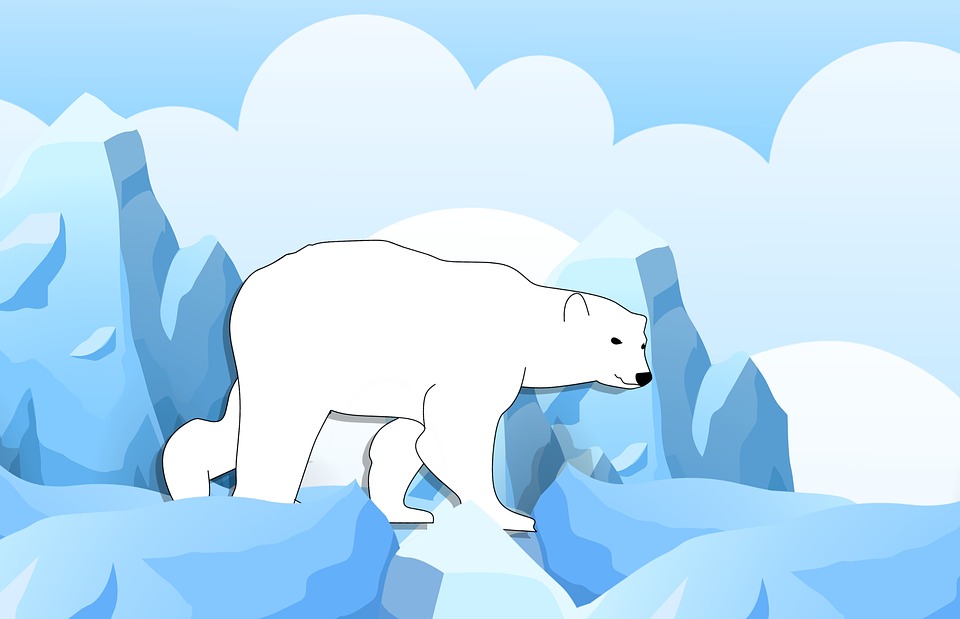 In short, panda, ice, and grizzly bear are brothers, panda shares a very generous and special bond with both his brothers. As a middle one, he is a link among them. They help each other in various difficult situations, when something bad happens with one the other becomes upset. They live in one place and able to stack bear to travel faster.

Nom Nom is the koala bear in we bare bear. He is a negative character in cartoons. Panda doesn’t know him very well.

In episode Nom Nom: by manipulating grizzly and panda, Nom Nom wants them to bid on him. He was trying to encrust them and put them in a deadly trap just for the sake of fame. In end, ice bear saves both his brothers, and Nom Nom gets what he wants.

In panda’s sneeze: Nom Nom tries to be cute like panda and deal with him to no longer looks cute although he can look cool. But in the end Nom nom get jealous of the panda, he through pillow on panda due to which panda sneeze and no one wins the contest.

In short: Nom Nom is a negative character in the cartoon called “we bare bear”, he gets jealous of their fame and cuteness and tries to steal them but unfortunately never succussed.

Chloe park is a young girl who is introverted and intelligent. She possesses a good relationship with bears. Although the panda is the only one with less interaction by Chloe park but in her research panda was submissive. Panda likes Chloe and likes to hang along with her.

Panda has a great crush on Lucy. He tries to be with her but she likes to hang out with his elder brother. In an episode: panda gets jealous of his brother and locks them in the cupboard. He wants to take lunch with Lucy but she gets annoyed by his wearied behavior. Lucy appears in some of the episodes of we bare bear.

Charlie likes bears and always tries to impress them. He appears in different episodes of we bare beard. In the beginning, the panda was confused about his feeling towards Charlie, sometime he liked him sometimes not. Charlie is a positive character he enjoyed bears’ company and tries to hang out with them. He is Charlie’s best friend but doesn’t want to admit it.

His relationship with Clifford:

In the beginning, the panda doesn’t like Clifford however, when he knows that Clifford suffers from the same problem of allergy with nuts he changed his perception toward him. They help each other when they both get allergies to peanuts.

The frequently asked questions regarding the topic “we bear panda” are given below.

1. How old is the panda in we bare bears?

According to grizzly panda is 7 years old in the bear year and man-year, he is 45 years old.

2. Why is the ice bear afraid of cucumbers?

Ice bear saw a video on the internet where a cat is afraid of a cucumber because it looks like a snake. After watching this video ice bear thinks that cucumber is a snake, grizzly, and panda bear use to scare him but putting cucumber in front of him. 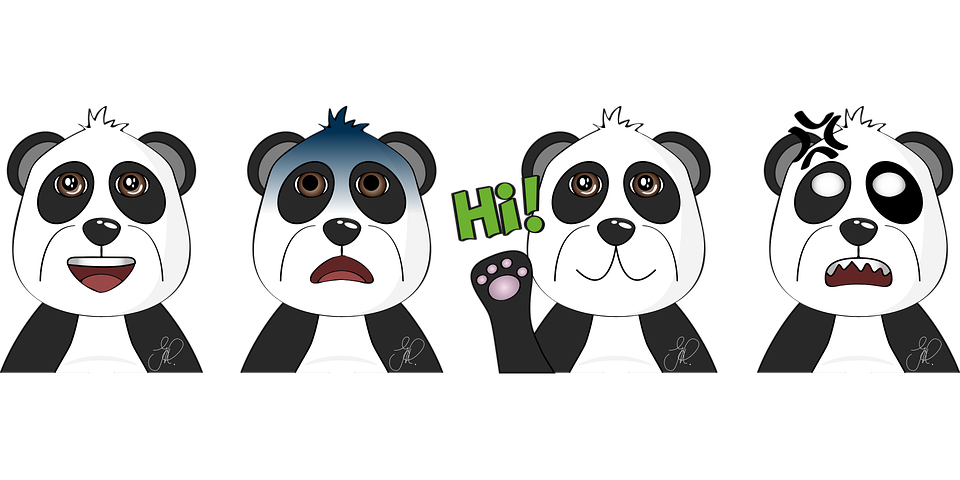 The grizzly bear is the most popular bear among the three bears. He is the leader and acts as a good bear. He is outgoing, talkative, bubbly, and hyperactive. He set good examples for his younger brothers to follow.

4. Does panda die in we bare bears?

5. Who is the voice of the panda in we bare bear?

Bobby Moynihan
The American series called we bare bear created for the cartoon network is a popular cartoon. The cartoon has three main characters grizzly, panda, and ice bear. Bobby Moynihan is behind the voice of the panda, grizzly voiced by Eric Edelstein, and ice bear voiced by Demetri martin.

To conclude the above article called “we bare bear panda”, the panda is the main character of the American cartoon series called we bare bear. It is written by Daniel Chong, who first publish it as a webcomic known as the three bears.

The story is revolving around three bears name, grizzly, panda, and ice bears, panda is the middle one. The above article is all about the panda bear his relations with other characters and his personality. Some episodes are highlighted while defining the characters and the relationships they hold together.

Panda shares a nice relationship with his brother, as they celebrate brotherhood at any time. Like any other brothers, they have a love and fight relationship. they help each other in difficult situations. panda take interest in technologies and keep himself up to date. He like browsing and a member of dating sights as he is desperate to form a relationship. to know more about him you must read the above article. 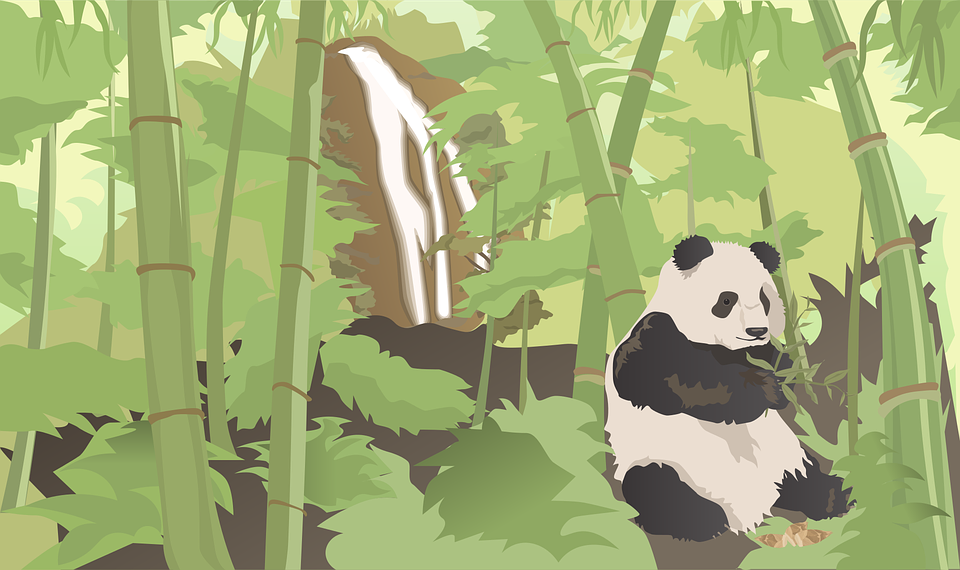