Cholera is an infection (invasion of an organism’s body tissues by disease causing agents) of small intestine. 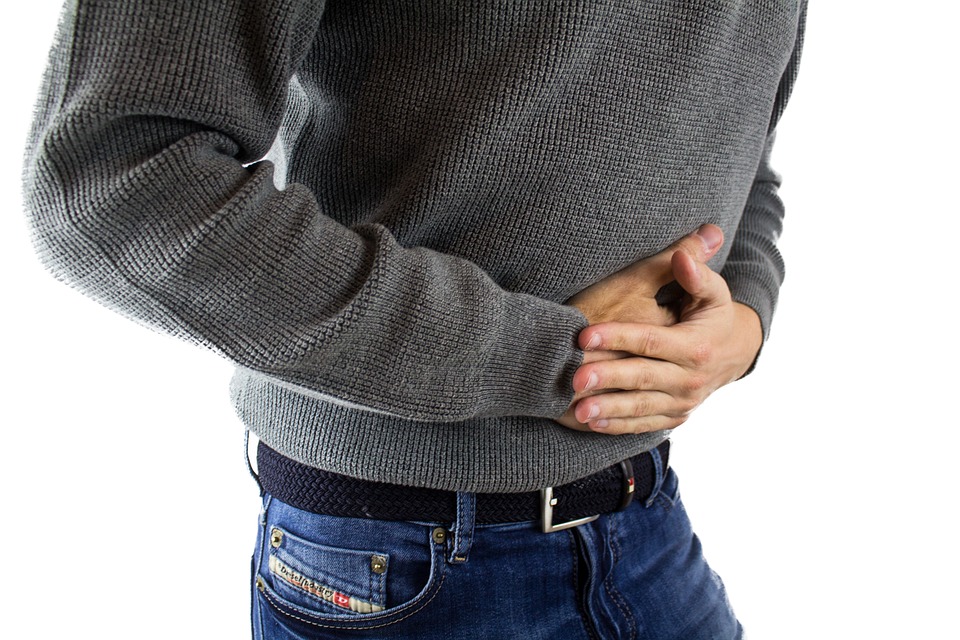 Cholera is an acute illness caused by infection of the intestine. According to the report, each year there are about 2.7 to 4 million cases of this disease and 21,000 to 143,000 deaths occur all around the world. Approximately 1 out of 10 people who get sick with cholera will develop severe symptoms; watery diarrhea is one of them, rapid loss of body fluids can lead to dehydration and even may cause death if left untreated. It occurs by eating food or drinking water contaminated with a bacterium called Vibrio cholera.

Vibrio cholerae is a Gram-negative, comma-shaped bacterium. It lives in brackish or saltwater where they attach themselves easily to the chitin-containing shells crabs, shrimps and other selfish. Some of V. cholerae cause the disease cholera. V. cholerae is facultative anaerobic (an organism that makes ATP by aerobic respiration in the presence of oxygen, but also capable of carrying fermentation if oxygen is absent). It has a flagellum (A lash-like appendage that protrudes from cell body of certain bacteria and eukaryotes) at one cell pole as well as pili (Singular: pilus; a hair-like structure on the surface). The vibrio cholerae is usually found in water or in foods that have been polluted by feces from a person infected with cholera bacteria. It mostly spreads in places with inadequate water treatment, inadequate hygiene and poor sanitation.

The first pandemic of cholera spread out of the Ganges Delta (referred as “Homeland of Cholera”) with an outbreak in Jessore, India, in 1817, come from contaminated rice. Cholera spread quickly throughout most of the parts of India, modern-day Myanmar and modern-day Sri Lanka. By 1820, it spread to Thailand, Philippines and Indonesia – killing around one lac people in Island of Java (island in Indonesia) alone. In 1820, disease made its way to China and Japan in 1822. In 1821, British armed forces travelled from India to Oman brought cholera to the Persian Gulf. Then, went to European territory, reaching modern-day Turkey, Syria and Southern Russia. This first wave of pandemic died after 6 years in 1823.
The second wave started after few years in 1829. Again, originated from India, spread to Central Asia and Middle East, then made its ways to Moscow in 1830. In spring of 1831, cholera passed to Poland, Finland then Hungary and Germany. The disease subsequently spread throughout Europe, including Great Britain for the first time via the port of Sunderland in late 1831 and London in 1832 in spring. Britain took several precautions to control the spread of cholera. In June of 1832, one thousand deaths, due to this disease, were recorded only in Quebec (province of Canada). In 1833, cholera reached to Philadelphia, Mexico and Cuba.
The third pandemic, started from 1852 to 1859, was the deadliest. The year 1854 was the worst among them. 23 thousand people were died in Great Britain alone. It devastated Europe, Africa, Asia and North America. In 1854, Britain Physician “John Snow” identified the source of this disease; he claimed that cholera is spreading due to the contaminated water.
The fourth wave struck the world in 1863 to 1875 and fifth wave occurred in 1881 to 1896. Both waves had less severe effects than the previous ones. Between 1872 and 1873, 190,000 people died in only Hungary. Hamburg (city in Germany) lost nearly 1.5% of its total population due to this disease in the 1892 outbreak. In 1883, German microbiologist “Robert Koch” describes Vibrio cholerae. During the fifth pandemic, Great Britain and the United States were mostly safe as they improved water supplies.
The sixth cholera pandemic occurred in between 1899 and 1923. This wave did not severely affect North America and Western Europe due to advancement in sanitation and public health. However, it was still present in India, the Middle East, Russia and Northern Africa. By 1923, only minimal amount of cholera cases were observed throughout much of the world, except India. More than half a million people were killed in India by the disease in both 1918 and 1919.

Unlike previous pandemics, the seventh and current cholera wave started in Indonesia in 1961. Cholera spread the Middle East, Asia, and then reached Africa in 1971. In 1990, more than 90 percent of all cholera cases reported to WHO were from the African continent. In 1991, it killed three thousand people in Peru and then spread to Mexico, Ecuador, Canada, Chile, Central America and Brazil. It is now largely a disease of less-developed (or under-developed) countries. By 2005, current cholera wave has affected 120 countries. During 2008-2009 in Zimbabwe, 97,000 people were sick with cholera in which 42,000 were died. Outbreaks of cholera, in 2017, broke out in Somalia and Yemen. By August 2017, the Yemen outbreak affected 500,000 people out of which 2,000 people were killed.

Cholera most often shows no symptom or mild symptoms are observed. It takes about 12 hours to 5 days for a person to show symptoms after ingestion of bacteria. A minority develop severe symptoms in which the most primary symptom is large amount of watery diarrhea that lasts for few days. An untreated person, sick with cholera may produce 10 to 20 liters of diarrhea a day. If it remains untreated, it can lead to life threatening dehydration and causes imbalance in electrolyte. Dehydration can be mild or severe; a loss of 10% or more of body weight indicates severe dehydration. Cholera is also referred as the “blue death” because infected person’s skin may turn bluish-gray from extreme loss of fluids. Other symptoms are also seen which include:

• SHOCK, which occurs when low blood volume causes a drop in blood pressure and a drop in the amount of oxygen in your body. If remains untreated, severe hypovolemic shock can cause death in minutes.

• MUSCLE CRAMPS, caused due to rapid loss of salts from the body such as potassium, calcium and sodium.

Some other complications can also be caused due to this disease, which can lead to death within hours, such as:

• LOW BLOOD SUGAR (hypoglycemia): Children are more prone to this complication. Low levels of blood sugar (glucose), occurs when people become too ill to eat. This can lead to seizers.

• KIDNEY FAILURE: When the kidneys lose their filtering ability, some electrolytes, and excess amounts of fluids then wastes build up in the body. In people with cholera, kidney failure often accompanies shock.

• LOW POTASSIUM LEVELS: People sick with cholera lose large amount of minerals, including potassium, in their stools. Very low potassium levels interfere with heart and nerve function and are fatal for health.

Vibrio cholerae, a bacterium, is a cause of cholera. This bacteria produce toxins in small intestine which shows deadly effects. Contaminated water supplies are the major cause of cholera disease. This occurs more often in underdeveloped countries lacking proper water supplies and sewage disposal. Consumption of undercooked or raw marine life species causes cholera. Cholera can be caused by following reasons:

• WELL WATER: Contaminated public wells are the main source of Vibrio cholera. People living in such places, without adequate sanitation, are at risk.

• RAW VEGETABLES AND FRUITS: Raw, unpeeled fruits and vegetables are a frequent cause of cholera disease in areas where there is cholera. In under-developing countries, fertilizers or irrigation water containing raw sewage can contaminate products in the field.

• SEAFOOD: Eating undercooked or raw seafood, especially shellfish, can also be a reason of cholera disease. Most recent cases of cholera in the United States have been traced to seafood from the Gulf of Mexico.

• GRAINS: In regions where there is cholera, grains such as rice and millet that are contaminated after cooking and kept at room temperature for several hours can grow Vibrio cholera.

• POOR SANITATION: Places where sanitation is severely challenged, such as in refugee camps, natural disaster at any place or the communities with highly limited water resources. Cholera is more likely to flourish in such situations. 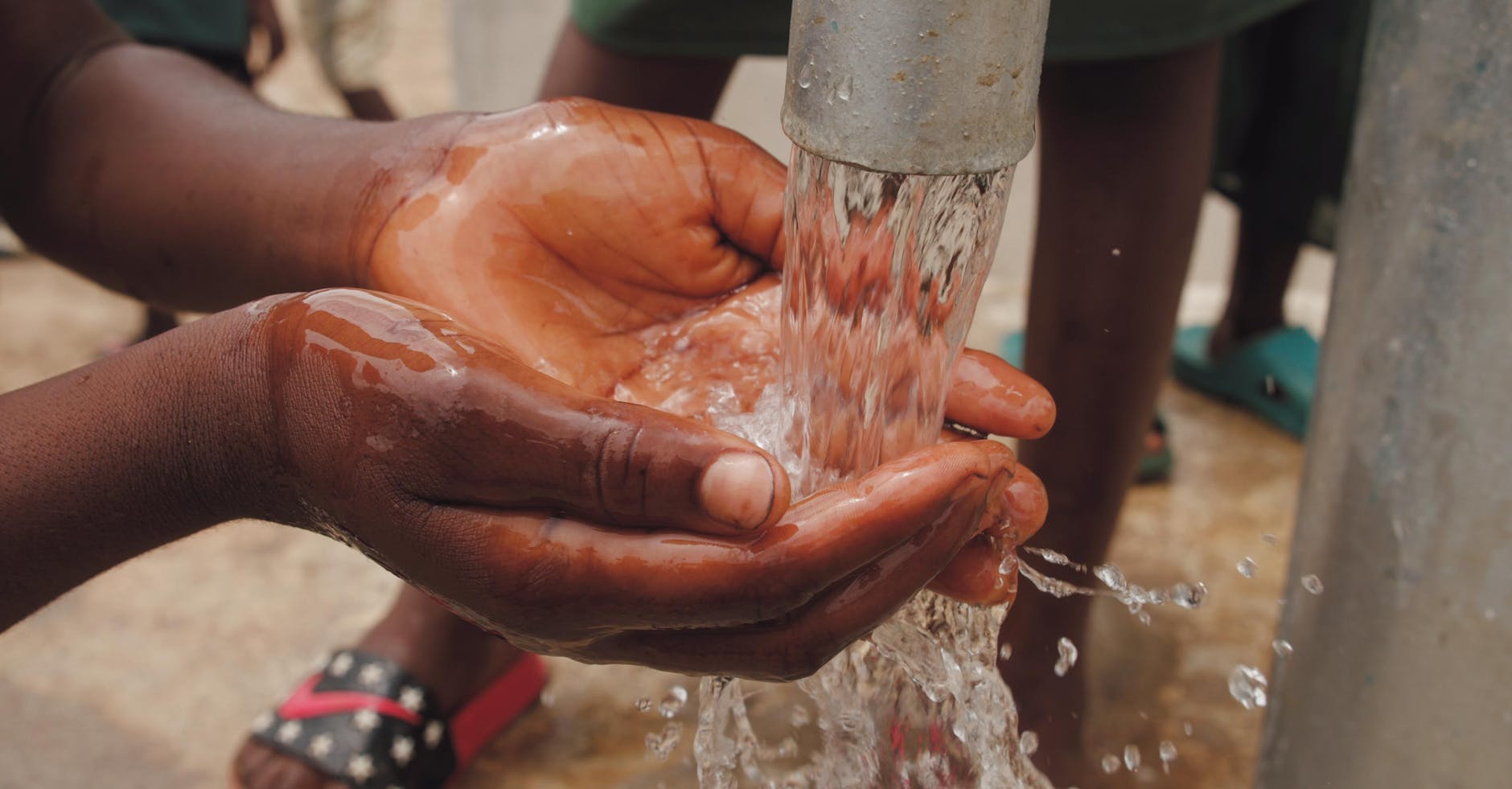 • TYPE O BLOOD: According to study, people with blood group O are more prone to develop cholera as compared with the people having other blood group types.

Cholera mostly causes dehydration, which is the loss of body fluids, so it is important to overcome with the dehydration situation; the treatment for this is known as Oral Rehydration Therapy (ORT). A patient is treated with Oral Rehydration Solution (ORS). It is a prepackaged mixture, available commercially, of large amount of salts and sugars that is mixed with 1 liter of water. ORS is also made at home, it require common household ingredients; recipe of homemade ORS is:

ORS is used throughout the world to treat diarrhea. Adult patient may require six liters of ORS to treat dehydration especially on first day. Severe patients of cholera may require intravenous fluid replacement. An adult weighing around 70 kilograms will need at least 7 liters of intravenous fluids. Antibiotics can shorten the duration and can diminish the severity of the illness, but the World Health Organization (WHO) does not recommend the large use of antibiotics for cholera, because of the growing risk of bacterial resistance. Anti-diarrheal medicines are not used because they prevent the bacteria from being flushed out of the body. Zinc is an important treatment for children under 5. Children below 12 can use single dose of drug Doxycycline 2–4 mg/kg by mouth (per os, p.o.). Children above 12, and adults can use single dose of Doxycycline 300 mg p.o. But, it is better to first concern with your doctor.

Vaccines can be oral or injectable.

Injected cholera vaccines are mostly used where the cholera is common. They offer for up to two years after a single shot. Injected vaccines reduce the risk of death from cholera by 50 percent in the first year after vaccination.

1. DUKORAL
It can be given to anyone over the age of two years. It is administered with a buffer solution that requires 150 ml of clean water. There must be a minimum of 7 days, and no more than 6 weeks, delay between each dose. It is mainly used by travelers. Two doses of Dukoral serve 65 percent protection against cholera for two years.

2. EUVICHOL-PLUS
3. SHANCHOL
Both of these vaccines have the same formula, but are produced by two different manufacturers. There is no buffer solution for administration. Both of them can be given to every individual over one year age. There must be a minimum of two weeks delay between each dose of these vaccines. Two doses of Euvichol-Plus and Shanchol provide protection against cholera for at least for three years, while one dose offers short term protection.

Some simple measures can reduce the risk of this disease. People should follow recommendation to prevent against cholera:

What should I do if I get sick with cholera?

If you fell ill and might have chances of cholera then seek medical attention immediately. Start drinking ORS (Oral Rehydration Solution) at home, also while travelling to get medical treatment. Drink more water.

What is the deadliest pandemic up till now?

The Black Death, also known as Pestilence or the Plague, is the deadliest pandemic recorded in the human history. It was a bubonic plague pandemic occurred from 1346 to 1353. The pandemic killed about 75–200 million people.

Can you get cholera from an infected person?

Cholera cannot be transferred form an infected person to a healthy person. It is not an airborne disease. Casual contact with infected person is not the cause of cholera. It is spread by using food or water contaminated by feces of infected person.

How is cholera diagnosed?

Cholera is diagnosed when the Vibrio cholerae is found in a stool sample or rectal swab of a person.

Cholera is an infection of small intestine caused by bacterium “Vibrio cholerae”. It was originated in 1817, from Ganges Delta, India. The current wave is seventh one. Third was the most fatal among the seven waves. Cholera is caused by the use of contaminated water. Under-developing countries are more prone to this disease. Diarrhea is the main symptom of cholera, if remains untreated, it leads to dehydration and can cause death.

What is Alzheimer’s disease?
Coronavirus (COVID-19)
how to get rid of depression?

What is cholera? Its causes and symptoms.How to be safe?
Can dogs eat almonds?
Ragweed Allergy