Banking is a business that is carried out by the banks. It is a process through which wealth is generated and circulated in the economy. The product of the banking business is “money”. 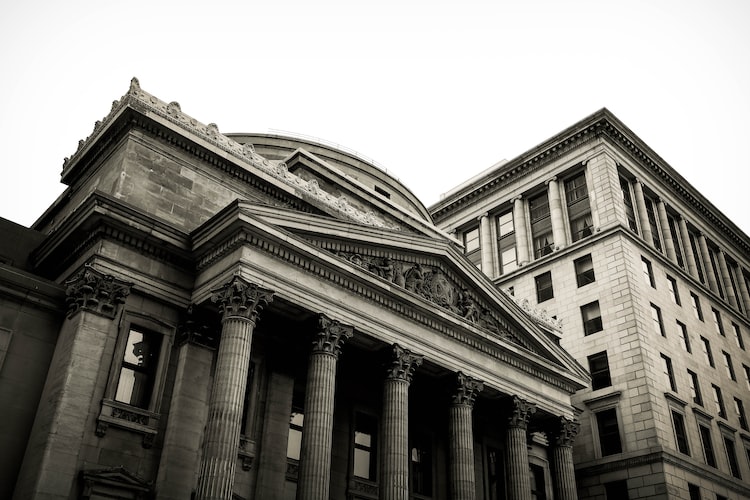 What is a Bank?

A Bank, also known as banke, banc, Banque is a financial institute that is licenced to handle money through acceptance of time & demand deposit, lending money to the general public and investing in securities.

The Working Criteria of the Bank

The bank works as a financial intermediary between its customers. It makes payments on the behalf of one customer to the other. While the nature of customers varies. The aforementioned scenario can be understood with the help of the following example of ‘debtor and creditor.’

For example, one customer of the bank can be an account holder; who has opened a bank account within it and he’s also a debtor to some other person or party.

The other customer can be just a creditor; who come to the bank to receive his sum of money from the debtor’s account. Both are customers of the bank.

The Primary function of a bank is to accept deposits from the customers. The Deposit is a sum of money that is given by a customer to the bank to save, increase or protect it. The bank deposits are basically of two types: Time and Demand deposits. Demand deposits are those which are repaid on the demand of the customer. For example; A current account holder can withdraw her money at any time from the bank or through ATM. Some evident examples of demand deposit is a current account and a saving account. On the other hand, Time deposits are those which are repaid only on a fixed time until that the bank customer receives a high interest on the deposited money comparatively to demand deposit. The example of the time deposit is a fixed account.

The Second most important function of a bank is to give advances to the borrowers. There are three basic types of bank loans: Short term loans, Medium-term loans and Long term loans.

The Short-term loans are those which are repaid in a year. The interest rate on such loans are very low the standard rate is 2% but it varies from bank to bank. One example of the short term loan is credit card and debit card loan.

The Medium-term loans are those which are lent for a maximum period of 1 to 5 years. The interest rate on such loans is higher than the short term loans. It’s almost between 9 to 30% depending on the functions and ruling of every bank. The medium-term loans are mostly taken by those who want to buy machinery, agricultural tools or fertilizers etc.

The last type of bank loans are Long-term loans, these are the longest advanced loans. The maximum limit of such loans are 10 to many years, all depends on bank policies. The interest rate on long term loans is relatively higher than other bank loans (short term loan and long term loan). The long term loans are usually taken by starters, who want to start their business, invest in a project, another example is a student loan which is repayable after 30 years as per the legislation of Wales, Uk.

All these loans facilitate the banking system to grow and manage all the affairs and meet expenses and generate profit.

Important:
If a bank wants to earn extra revenue along with what comes off by loans, they invest in government securities.

What are the different Banking Systems?

The development of banking institutes has to lead to form a variety of banking systems. For example; Branch banking, Unit banking, group banking or Holding company banking and Chain banking.

Branch banking is a typical banking system that most of the banks follow. Under this system, a bank establishes a single head office with various branches within all or majority of big cities of a country. Branch banking system usually accept deposit and make advances to the borrowers who are away from the head-office; which means, the head office of a particular bank could be in New York city while a customer opens a bank account and deposit the money in North Carolina. The setup of head-office in a city, can not affect the functions of the bank’s branch within another city. All branches carry out their operations equally fine.

The unit banking system is an old school of thought yet very convenient and obvious in few counties of today. Under this system, a bank owns a single full-service banking office. It does not have any branches. Unit banking system carries its business within a single office with the purpose of facilitating local community. However, it uses several other mediums to offer a few of its services, for example; Automated teller machine (ATM), local retail shops, walk-in windows that are connected to the bank through technology.

Group banking system is also known as Holding Company Banking System ; Under which a holding company takes ownership of several banks and combine them into a group. Despite that, each bank possesses a separate entity. The purpose of considering this banking system seems to increase a bank’s capacity of lending and managing affairs; as big loans and settlements can be made with the cooperation of a group of banks, which without them is not possible.

The chain banking system is not very common or suggested yet it is still practised in the United States. Under this system, one or more individuals take stock ownership within many banks. This creates a chain of banks with the viewpoint of the owners. It is differentiated by group banking system on the behalf of it’s controlling bodies as in group banking system a centralized holding company manage and control the affairs of the connected banks while in chain banking many people participate in suggesting how the bank should work. This decentralization may result in poor loan participation.

We end it here counting several things on banking. First, It’s a business activity which deals with money. Second, it is performed and managed by the banks. Third, it helps the economy grow. Forth, banking involves acceptance of deposit and advancement of loans. Fifth, It has four different banking systems; the most popular amongst all is branch banking whereas group banking and chain banking is not widely appreciated by the intellectuals.

Following are the most relevant and frequently asked questions about banking.

What do you mean by banking?

Banking is a commercial activity which involves acceptance of money as deposits and lending that money to other people or enterprises to generate profit. It has two main functions, getting deposits and making loans. Through banking, people protect their money and increase it by receiving interest on the deposited amount while others benefit from its loan schemes. The banks receive interest from the borrowers, this is how they make a profit.

What is Banking and why is it important?

Banking is a business activity that manages money and credit. Commercial banks take deposits on low rates and lend them on higher rates; they make a profit through this. The importance of banking can be observed by the 2019 statistics as finance has appeared to be the highest contributing sector in the US economy with 21% (Statista.com). Banking helps the businesses grow through lending money, as well as it regulates the cash flow within the market and helps to promote savings.

What is special about banks?

Banks are special because they facilitate the economy and the inhabitants. There are various types of banks all made to fulfil specific purposes such as Commercial banks benefit the general public through lending credit, Industrial banks meet the credit requirements of the industrial sector, Agricultural banks give out loans to the farmers and agrarians, Exchange banks deal with foreign currency; they benefit the economy through managing dollars and other currencies. Like that there are other specialized banks too exchange banks, saving banks, investment banks, co-operative banks, mortgage banks and Islamic banks all do their part to uplift the economy and

What are the types of banking?

Banking is an economic activity that helps in generating profit. Banking is carried out by the banks. There are different kind of banks that provide particular services to different segments of the economy. For Example,