Evolution, a theory or fact?

Evolution is the process by which the traits of a species are changed over time because of their Genetic variations and the process of natural selection. According to the theory of evolution, all the species were originally the same and evolved with the advent of time.
Evolution is a theory or fact, it can be explained after a thorough discussion about the theory of evolution. Change in genotype is expressed in the form of change in the phenotype of individuals. 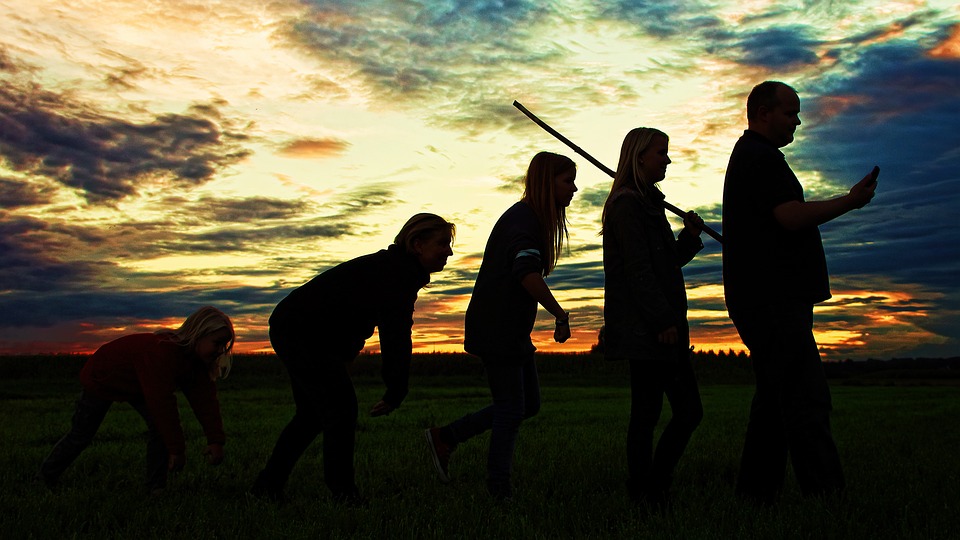 How can evolution be explained?

From the start of life on earth, until now, there have been a lot of changes in the environment of earth. These changes could have been withstood by those who have survived until now.

There was a theory proposed by Jean Baptiste Antoine de Lamarck according to which, the giraffe didn’t have a long neck in the very remote past. The environment changed and trees grew taller than before.
Now there was a matter of survival for the specie of Giraffe living in that region of the earth. So, they started to stretch their necks to reach the trees. By the advent of time, they evolved with a change in the length of necks.

This theory was rejected with the advancement in the field of genetics. Because, the changes that are acquired by the environment, can not be transferred to offspring as there is no change in the genetic makeup. However, Lamarck gave the naturalists and scientists a point to ponder. Later on, Charles Darwin proposed the theory of evolution that was a revolutionary idea in the field of science.

Summary
Changes are necessary to survive, those who are stubborn to changes, die earlier as compared to the ones who are flexible. This is a one-line summary of evolution.

Evolution, a fact or theory?

According to some scientists, who have thoroughly studied the ancestors to decedents sequence and gradual changes in each generation, believe that evolution is a fact. While others think that there is no “proof” of evolutionary mechanism, hence it is considered as theory.

What is the difference between Facts and theory?

Summary
Observable changes in specie are a fact while the processes by which the changes have been developed, is a theory. The theory is a “guesswork” or opinion that has not been confirmed and established by experimental pieces of evidence.

Who is Charles Darwin?

Charles Robert Darwin (1809-1882) an English naturalist, proposed the theories of evolution and natural selection which is considered as the foundation of modern studies about evolution.

For the first time, when he proposed these theories inferring that all the present species have been evolved from a single ancestor and animals and human beings share the common ancestry, the religious societies were greatly shocked.
However, this revolutionary idea was highly appreciated and widely accepted by professional researchers and scientists.

What is the theory of natural selection?

Peppered moth is a species of night-flying moth that had a light-colored wing during the early 1800s.

After 1848, dark-colored peppered moths were collected from Manchester city. They acquired that black color to camouflage themselves in a dark environment where all the trees and plants have become dark due to pigmentation in the environment.
This color change was developed because of pollution during the Industrial revolution. There was a lot of melanin in the industrial smoke of factories that caused gene mutation in the DNA of light-colored moths.
These dark-colored moths then produced offspring with the same black colored wings. Later on, after the reduction of pollution, the same light color was dominated again.

Summary
Nature picks up the ones who are dear to it. It is not the strongest of the species that survive, nor the most intelligent, but the one most responsive to change.

What are the types of evolution?

There are three types of evolution given as follows:

An important example of parallel evolution is the similarity between marsupial mammals (pouched mammals that carry their newborns in a pouch, e.g. kangaroo) of Australia and the placental mammals (mammals having placenta for the exchange of nutrients and waste materials between mother and fetus in the womb) everywhere in the world. 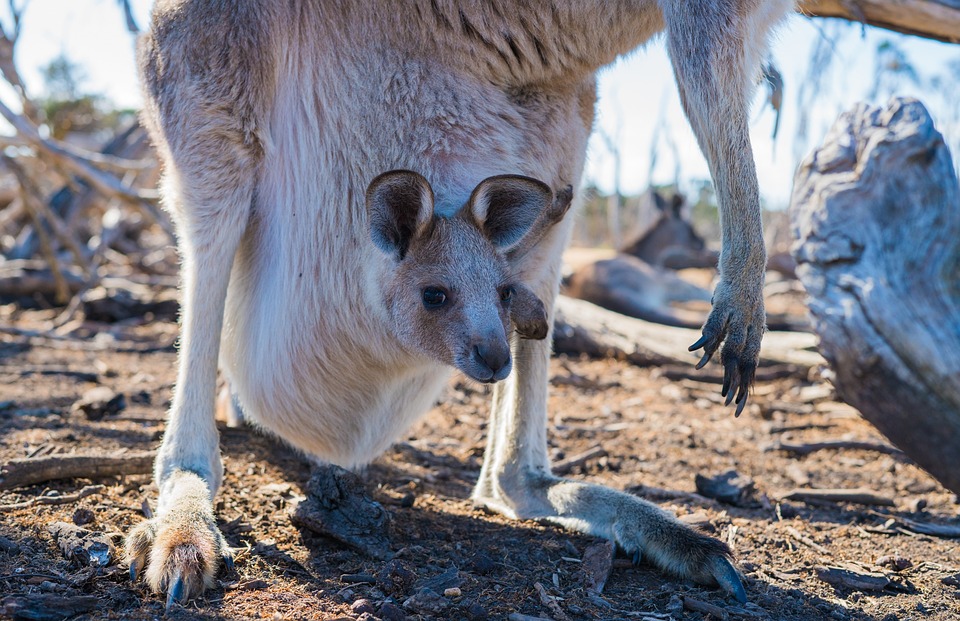 What are the different parts of Darwin’s theory of evolution?

Darwin’s theory of evolution also known as “Darwinism” is further divided into 5 parts. These 5 parts were devised by Ernst Mayr by the thorough study of Darwin’s world-famous publication about evolution “On the origin of species”.

These parts can be explained as:

According to this, species can change over time.

This part of evolution theory states that all the species have evolved from some common ancestor. For example, the forelimbs of humans, birds, animals, and whales have anatomical similarities which show that they somehow have a common ancestor.

This part of Darwin’s theory explains that changes in the species of the same population occur when the hereditary characteristics are more inclined towards that population.

According to Darwin’s point of view, the long neck of giraffes is not the result of evolution, instead, some were randomly born with long necks and then this specific trait was inherited by the next generations and finally dominated in the population.

According to gradualism, small changes are produced after long periods and a specific trait is spread in the population gradually.

For example, selective breeding of animals with desired characteristics is an example of gradualism.

What are the pieces of evidence for evolution?

The evolution theory is supported by certain evidence. They involve:

The internal study suggests that there is a striking similarity in the skeletons of humans, alps, birds, bats, and horses although they all are much different from each other in the ways of morphology and way of life.
For example, forelimbs of all these organisms are the same in spite of the fact that they use them for different purposes.

So, it simply suggests that these skeletal similarities have been inherited from common ancestors and modified later on to cope with the circumstances.

Summary
Darwin’s theory of evolution can be supported by various evidence, for example, the fossils record, embryology, molecular biology, and biogeography.

Read: In the name of thy Lord Who created,

Created man from a clot.

Muslim scholars have different points of view regarding the theory of evolution.

Hence the conclusion is that there are several ideas and schools of thought regarding Islam and evolution. However, there is no competition between the Quran and the theory of evolution.

1. How do you explain evolution?

2. What is the difference between placental mammals and marsupial mammals?

Those mammals that develop a placenta during the process of fertilization and zygote is implanted inside this placenta are called placental mammals. The placenta acts as a medium to exchange the nutrients and waste materials between the mother and fetus blood. For example human beings.

They are also called as “pouched” mammals. Marsupials are born before they are ready to face and survive in the outside world. So, they are kept in the pouch of a mother that is outside the body and nourished until they are mature enough to survive outside.

For example; the Australian kangaroo.

3. Who is the father of evolution?

Charles Robert Darwin, an English naturalist is known as the father of evolution. He is known because he proposed the theories of natural selection and theory of evolution.

His theories brought a huge storm in the field of science although the theories have faced a lot of controversies.

4. Does Islam support the theory of evolution?

Although Islam urges the followers to do the research and contemplation yet there are some controversies between the theory of evolution and religious scholars.

Different scholars propose different ideas regarding this theory. Various Fatwas has also been applied over the teaching of evolution theory in the educational institutes. However, there is no single school of thought either in the favor or against the theory of evolution.

What is inheritance and gene expression?

How can you transcribe DNA into mRNA?

Where do transcription and translation occur?

Elysian Fields
Do bats lay eggs
Insanity vs Insanity max 30
When will the world end Siri?
Seedless strawberry
Who Was The First Person To Die On Earth?
Do you know- Who is the father of science?
Where does transcription occur and where does translation occur in the cell?
Do All Cells Have DNA?
Are Fish Mammals?
FIRE DRAGON
New Mexico flag
Feel Better
What animal is Arthur?
Examples Of Dicots
Amber Eyes
How Many Chromosomes do Human Have?
Do sharks sleep
What does it mean when you dream about someone
Is fossil a good brand
How Long Does It Take To Learn To Drive