British Sign language is the standard medium of communication for the Deaf community in the United Kingdom. It’s as rich and complex a language as any other, and just like with any other language you need at least the basics to get by. 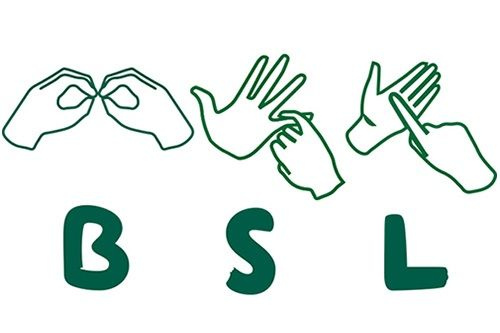 Sign Language is a dance with words, to be enjoyed from babyhood through childhood to adulthood…

After a big campaign BSL was finally recognized by the UK government as an official minority language in 2003. This has led to increased funding for the needs of the communication of people who are Deaf and increased awareness of the language which now has a similar status to that of other minority national languages such as Gaelic and Welsh.

Another form of signing used in Britain is known as Sign Supported English (SSE). SSE is not its language. SSE uses the same signs as BSL but they are used in the same order as spoken English. SSE is used to support spoken English, especially within schools where children with hearing impairments are learning English grammar alongside their signing, or by people who mix mainly with hearing people.

It looks like the first thing people notice is the one-handed versus two-handed finger-spelling.

To my eye, a bigger difference is that there is a lot of fingerspelling in ASL, whereas BSL users mainly use it for proper nouns - e.g. names, places - when first said. But once you’ve given the name, after that you would use someone’s sign name, or initial if they don’t have one.

Place names tend to have signs as well - some are obvious, but others require local knowledge to understand the origin:

Great Britain* is a much smaller country than the USA, people travel around a lot - not necessarily move, just visit - and the Deaf schools played a role in bringing together Deaf people from various parts of the country. So signs from one area would quickly catch on in other areas if they were “right”, i.e. constructed in line with logic and BSL grammar/vocabulary.

It may be that this also allowed BSL to move faster in creating and spreading vocabulary for new words, therefore less reliant on finger-spelling.

Take a look at a few of the most useful signs.

Using British Sign Language (BSL) means you very often need to spell out words using signs for individual letters. Here we show you how to sign the letters of the alphabet. 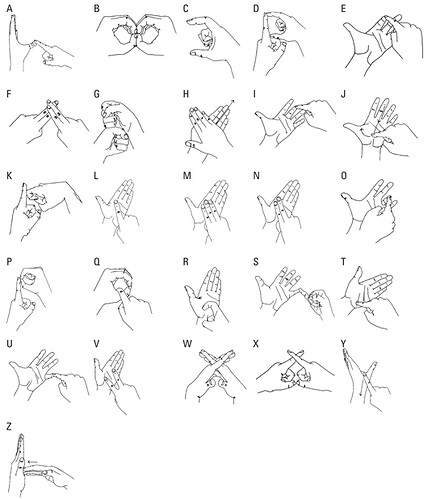 How Do You Say “I Love You” In British Sign Language?

To sign I Love You, put up your thumb, index finger, and pinkie finger while keeping your ring finger and your middle finger down. Hold the hand out, palm facing away from you and move it back and forth slightly. 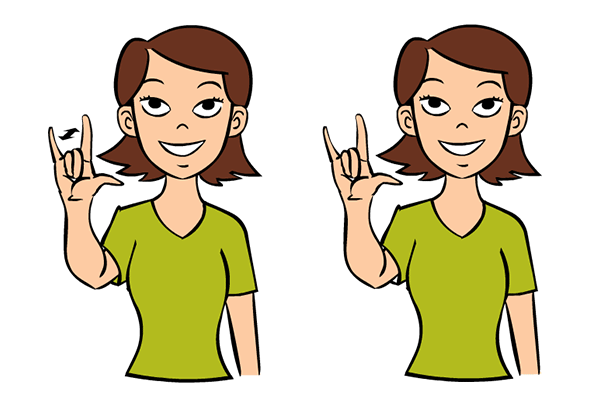 Deafness isn’t the opposite of hearing, it’s a silence full of sound - Mark Medhoff

Every language has essential, everyday phrases and expressions you just can’t do without, and British Sign Language is no exception. Here we show you a few of these must-have signs.

Whenever and wherever you use British Sign Language, sooner or later you’ll need to indicate a number. Whether you’re talking about money, time, or quantity, you need to have the basic numbers at your fingertips.

Any question which requires information from the person you’re speaking to is an open question. In British Sign Language, each of these questions has its sign, and we take you through them here.