SAE 30 vs. 10W30, both are motor oil. SAE 30 is motor oil with grade 30 viscosity at a very high-temperature. On the other hand, when the temperature is low, 10W30 has a viscosity of grade 10, and when the temperature is high, it has a viscosity of grade 30. SAE is an abbreviation of the Society of Automotive engineers. The SAE 30 is for older engines, whereas the 10W30 is for contemporary engines. Again, the SAE 30 is preferable for hotter weather, but the 10W30 is suited for a wide range of temperatures and performs well in cold weather. 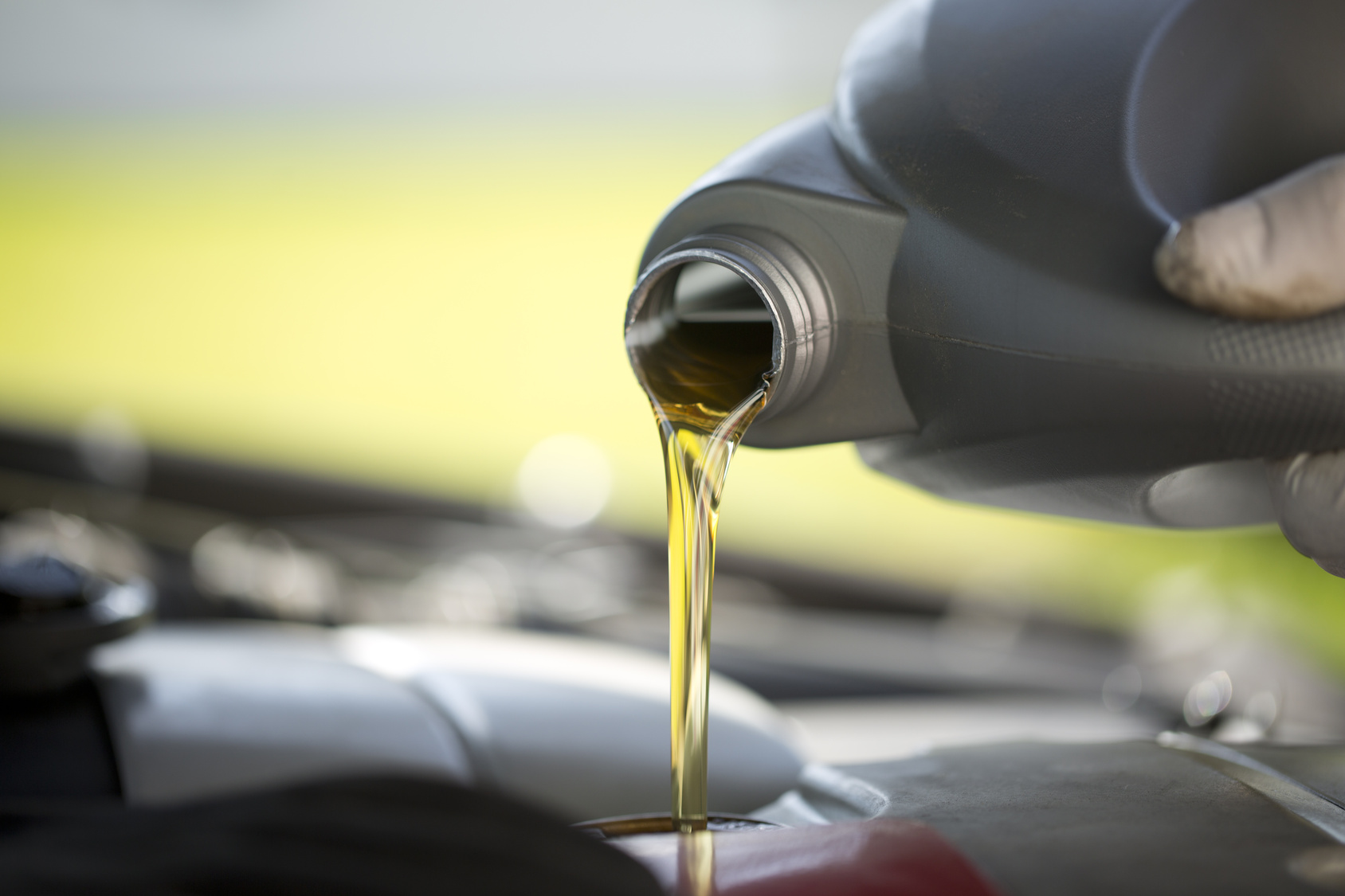 The major purpose of motor oil is to minimize friction and wear on moving components and clean the engine of sludge (one of the dispersant’s duties) and varnish (detergents). It also neutralizes acids produced by gasoline and lubricant oxidation (detergents), enhances piston ring sealing, and cools the engine by transferring heat away from moving parts.

In chilly weather, thinner oils work better, especially when starting an automobile. At higher temperatures, thicker oils work better. Single-grade oils, such as SAE 30, are thicker than lesser grades, with a viscosity value of 30 at 100 degrees Celsius.

Smaller air-cooled engines, such as those used in small tractors, lawnmowers, and chainsaws, generally utilize SAE 30 oil. The majority of today’s motor lubricants are multi-grade oils that operate well in all seasons.

The viscosity of this engine oil is rated at 10W while the engine is cold and 30 when the engine is hot, as shown by the 10W30 label.

Its sophisticated formulation aids in the protection of seals and the extension of engine life. Under high and low-temperature operating conditions, these oils protect against sludge, engine rust, and corrosion. 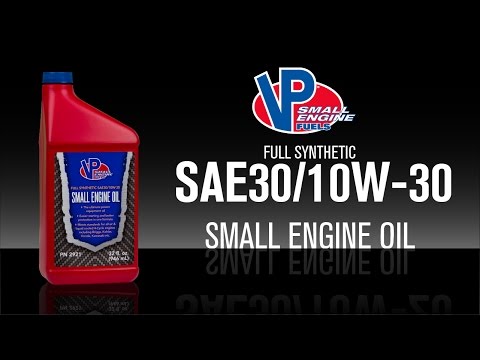 The visible difference between SAE 30 and 10W30

The viscosity grade is the obvious difference between SAE 30 oil and SAE 10W30 oil. According to SAE, each motor oil has a numerical code that indicates the grade number for that oil. We may specify the oil’s properties and performance using this code.

The oil is either mono-grade or multi-grade based on this grade number. When comparing SAE 30 oil to 10W30 oil, the first is monograde oil with only one numerical code. The other is a multi-grade oil for the numbers preceding and after W.

The performance difference between SAE 30 and 10W30

Oil is required to keep the engine parts running. It keeps the moving components lubricated. How good is using your selected oil if it can’t keep its viscosity at varying temperatures? The comparison of performance at operational temperature arises from this notion. When comparing SAE 30 motor oil to 10W30 motor oil, SAE 30 performs better at hotter temperatures.

This implies that when the engine components are heated, SAE 30 oil can maintain its viscosity at 150°C. SAE 10W30 oil, on the other hand, can easily crank up the power during a cold start in the winter. Though both SAE 30 and 10W30 perform similarly at 100°C, they behave differently at lower temperatures.

Difference between SAE 30 and 10W30 in terms of usability

When it comes to deciding whether to use SAE 30 or 10w30 lawn mower oil, the argument never seems to stop. The SAE 30 oil can be used in a standard two-cycle air-cooled engine. In the case of lawnmowers, tractors, and push mowers, any synthetic oil with a viscosity of 30 will do the job well.

On the other hand, some traditional SAE 30 can’t maintain the correct viscosity for modern 4 stroke engines and thickens upon cold cranking. As a result, greater viscosity oils are required for these engines to operate at lower temperatures. SAE 10W30 motor oil is the best option for them.

SAE 30 oil has a viscosity of 30 and performs well at higher working temperatures. On the other hand, when the engine needs to crank the cold ampere, the 10W30 motor oil might aid. Yes, SAE 10W30 motor oil is the optimum choice for working at lower temperatures while maintaining correct fluid viscosity.

SAE 30 and SAE 10W30 oil behave similarly at 100°C workings temperature, with minor differences evident. Because of this, Mobil 1 SAE 10W30 oil may be used in many engines that need straight 30 oil.

SAE 300, on the other hand, uses a viscometric system with numerical codes. You and I can discover the correct motor oil to keep the engine running without causing harm due to a lack of viscosity flow.

Even so, you’re in a pickle to find better lawn mower oil. Then SAE 10W30 grade oil would be the best option. It may be used in both 4-cycle and 2-cycle traditional and contemporary engines.

What type of oil is best for lawn mower engines?

Straight 30-grade oil is used in most two-stroke motor mowers (push behind, zero-turn). If your lawnmower has a four-cycle engine, SAE 10W30 or 5W30 oil is a good choice.

In a two-cycle engine, however, SAE 10W30 oil performs far better than SAE 30 oil in terms of cold cranking. If you like, you can read an in-depth discussion on the lawnmower engine oil type that is recommended based on logic.

Some people may question if synthetic oil is suitable for lawn mower engines. In that scenario, complete synthetic oil with the appropriate oil grade can be used in a contemporary riding mower with a four-cycle engine.

What are the symptoms of low oil in a lawnmower?

Let’s say you’re new to your lawnmower machine and aren’t sure when to change the oil. Then, wait a minute; the following are the signs of changing the oil in your lawnmower.

The dashboard warning light is the most frequent and easy approach to get low oil usage. Most contemporary lawnmowers include warning lights known as the safety switches light. If your lawnmower engine oil gets low, the low fuel signal lights up here.

Squeaky noise from the engine

Another sign of insufficient oil is a squeaky or cluttered sound coming from the engine. The blades usually make this noise. However, the cause of this sort of noise might also be related to other engine problems. However, a check on the oil tank would be preferable.

The burning smell of oil

Another indication for low oil in the engine might be the smell of burning oil. As a result of the absence of sufficient oil flow, fuel is burned. In this situation, you should check the oil dip stick as well as the oil level very away. SAE 30 is the most popular oil for 4-stroke engines found in generators, lawnmowers, and similar equipment. You may also get SAE 5W-30 and SAE 10W-30, which are synthetic versions of the oil. Again, the SAE30 is better for hotter temperatures, but the 10W30 is better for a wide range of temperatures and helps cold-weather starting.

SAE 30 is best for pressure washers. All-purpose SAE30 motor oil should function for your engine in temperatures of 40 degrees Fahrenheit or above. In temperate climates, this might be your go-to oil. Switch to 10W-30 oil for improvement starting on days when the temperature is between 0 and 40 degrees.

Yes, instead of SAE30, you may use 10W30 engine oil in your lawnmower. The SAE30 is for older engines, whereas the 10W30 is for contemporary engines. Again, the SAE30 is preferable for hotter weather, but the 10W30 is suited for a wide range of temperatures and performs well in cold weather.

Does thicker oil damage the engine?

Not only that but pouring the heavier motor oil wastes energy, lowering fuel economy. Because heavier oils don’t transmit heat as efficiently as thinner oils, operating temperatures will rise, potentially causing chemical breakdown and the formation of hazardous sludge and deposits.

Does thicker oil give protection?

Thicker oil, within reason, keeps a better lubrication layer between moving components. Some people have even used heavier oil to keep oil from seeping out of a leaking motor. Thicker oil, on the other hand, is bad for your engine. The manufacturer’s suggested grade of oil is the best for your engine.

Royal Purple oil clearly exceeds several industry requirements and is high-quality oil. Premium quality, on the other hand, comes at a premium price. While you’ll probably see an increase in performance and fuel efficiency, you’ll wind up paying a lot more for maintenance in the long run.

What is bad about synthetic oil?

Can we use synthetic oil in classic cars?

Yes, synthetic oil may be used in a historic automobile. Or your Taurus, who is 20 years old. Early synthetic oils (around the 1970s) included a chemical component that may damage engine seals and, in some circumstances, create leaks, giving rise to the notion that synthetic lubricants are harmful to older automobiles.

What are the benefits of royal purple oil?

How often should you change royal purple oil?

Under typical driving circumstances, Royal Purple motor oils are suggested to lengthen oil change intervals to 12,000 miles. It has also been proven that motor oil improves fuel economy. You should also replace your oil filter when you change your engine oil.

If the oil does not have the same properties as the previous one, consumption and wear may rise. Depending on its properties, a more synthetic or detergent oil or a different SAE oil might result in an increase or decrease in pressure. At low temperatures, oil does not flow.

SAE 30 and 10W30 are motor oil. They have different viscosity. Sae30 is good for warm temperatures, and 10EW30 is good in winters. SAE30 is best for a pressure washer, lawnmower, and generators.

How long does an oil change take