Inside out is a computer animated comedy film produced by Pixar studios. Joy is one of the main characters in the Inside Out. This character is a personification of the emotion present in the mind of a young girl Riley Anderson. The joy is shown happy and fully energetic all of the time. This movie is related with the exploration of the emotional developmental processes with respect to the metaphysics. 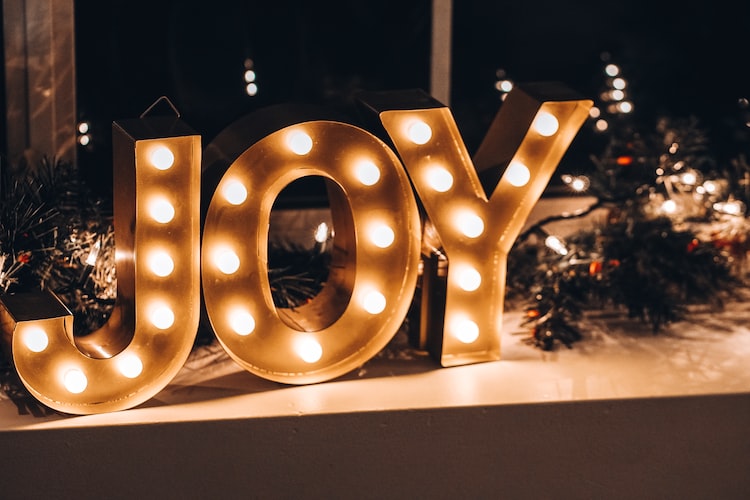 2 Inside Out Movie’s Storyline

The main story of this cartoon film revolves around a young girl Riley. It is shown that there are mainly five main emotions in her life namely Joy, Disgust, sadness, fear and anger. Each day she went through number of experiences in her life. Those memories get stored in her long term memory every night. Joy is the main leader of her emotions while the rest of the emotions try to control the sad element.

In the film the young girl Riley moved to San Francesco along with her family after her father’s posting. After moving to a new city, Riley faced some new changes in her life. Many of these were not pleasant for her at all. Like her new house was not well maintained, her father had also no time to give to her. She was also missing her favorite pizzas as the new pizza parlor was just adding broccoli only on the top.

• Joy, Sadness and the Core Memories:

Her first day in school left a sad memory. She wept in front of her class mats. Meanwhile Joy tries to come over, using vacuum tube. But mistakenly Joy taps other core memories. As a result Joy, Sadness and the Core memories go inside long term memory storage, after sucking out of the headquarters. That causes Joy and Sadness to go dormant.

• Anger, Disgust and Fear Inside Out:

In their absence Anger, Disgust and Fear take place. As they become active Riley starts behaving wired, and her affairs with the parents and friends became worse. It was that time when Anger got entered in the scene to help bring her out of this mess. Anger gives her idea that she must leave to Minnesota, that will help her to bring all her happiness back.

• Bing Bong Inside Out:

During this time Joy and Sadness are seen finding their way back to the headquarter of the long term memory. During this search, they met Bing Bong. Bing was an imaginary childhood friend of Riley. Bing Bong suggests Joy and Sadness to sit in the train of thoughts to come back to the headquarters. They rode the train of joy when they were on their way back to the headquarter, Riley fell asleep so they could not reach there. After that, Joy left Sadness and tries to ride a Recall tube to reach to his destination. But at this instance the ground below the tube gets collapsed, that results in sending Joy and Bing Bongo to the Memory Dump. Joy finds that how a sad memory turned to a happy one, at the moment when Riley was soothe by her parents and friends. That’s how Joy comes to know the reason of the Riley’s sadness. So he keeps alert to the other emotions, whenever he finds Riley in the emotional stress.

Finally Joy and Sadness made it to reach back to the headquarters together. But they had been so late. As anger had already come over; this had made Riley bored and careless. Riley tells her parents that she misses her old town and the neighborhood. Her parents calm her and admit that they all actually miss Minnesota. With the mutual work of Joy and Sadness, a new core memory develops in her mind. In the result of that a new personality island forms, that make her realize and accept all the new changes in her present life. Finally she starts feeling serene and calm. She starts taking interest in her old hobbies with the inclusion of some new ones. 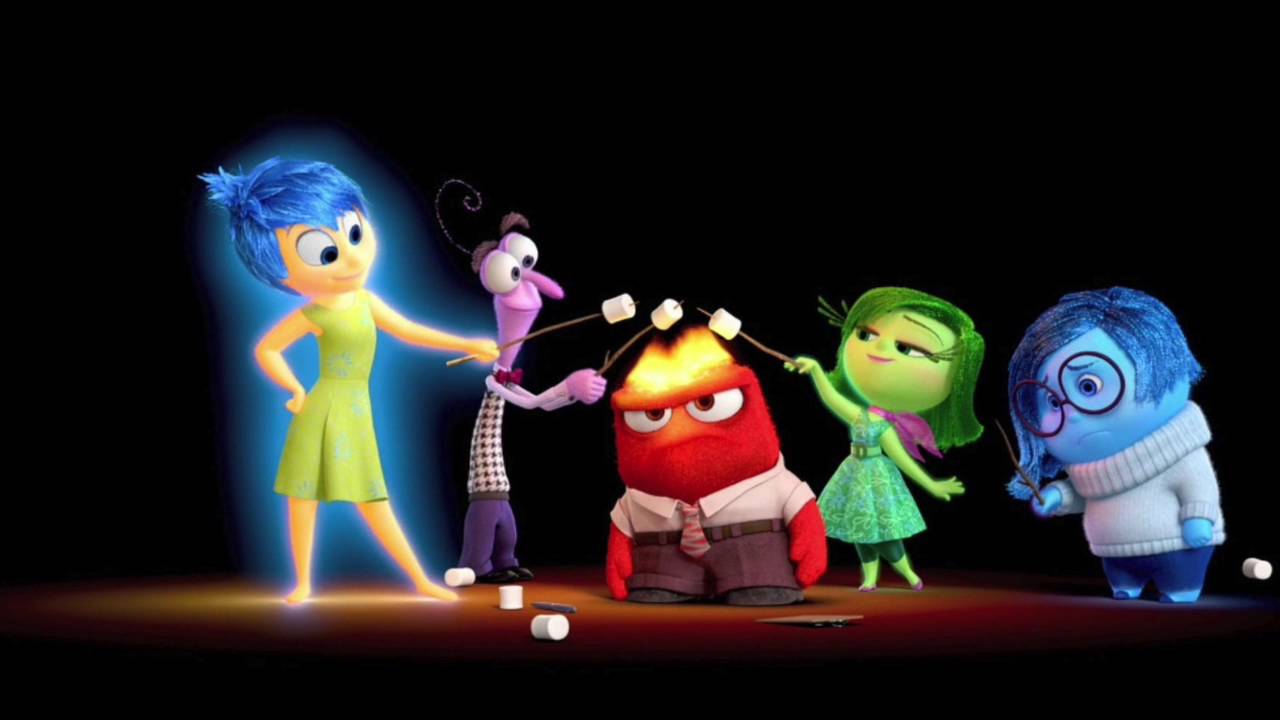 2.1 Idea Behind the Making of Inside Out

Pete Docter is the writer of this animated film. According to Docter, he got the inspiration of this story from the life of her own daughter. It was 2010 when he observed some changes in the behavior of her preteen daughter. She was in the developing age. This story is an outcome of the whole psychotherapy that was used for the treatment of the Docter’s daughter. She came under observation when Docter saw that she has become more quit and reserved. He himself had same childhood issues. So this he easily felt these changes in her own child. One day an idea light up in his mind, when he thought that ,what changes effect the human mind when the emotions emphasis on us ? These ideas lead him to portray these mental emotions in the animated form. This could only be depicted as caricatured cartoon image. After this Docter started working and researching on the human mind. The psychologist Paul Ekman and professor Dacher Keltner helped him in this regard. Finally Docter found that there are basically 6 main human emotions including fear, disgust, anger, joy, sadness and surprise. For Docter , Surprise and fear where almost the same emotions, so that he finalized five emotions for his movie.

Below is the list of the voice over artists along with the name of the characters they have worked for;

Production Company of Inside Out:

Walt Disney Pictures and Pixar Animation Studios are the production companies of this cartoon film.

3 The Emotion of Joy in Inside Out:

The animated character of Joy is portrayed by Amy Poehler. She describes the character of Joy as “Joy is the Engine”. She meant to say that joy is the happiest of all emotions, Joy tries to keep all the other emotions happy. Over all Joy is the character in Inside Out , that represents to the emotion which begins to change, and certainly becomes complicated. This new change was not pleasing at all, so Joy tries to help Riley not to bring this change in her mind. Joy is the most positive of all the emotions, but due to the up and downs of the Riley’s life, she also shows inflexibility at some instances.

The character of Joy in Inside Out is the loveliest cheeky character. Joy is the most fun loving and hyperactive all the time. She becomes excited even if she encounters a bit of positivity in her around. She keeps her eye, on the positive side of the image. And never feels dishearten. When the personality Islands destruction causes Riley feel down, Joy helps to keep her focused on the positive side.
The character of Sadness is exactly opposite to that of the Joy, so to keep Riley happy for forever; Joy tries to bury the emotion Sadness. As the Joy is of the view that Sadness is a useless character; as it keeps Riley’s self esteem lower. 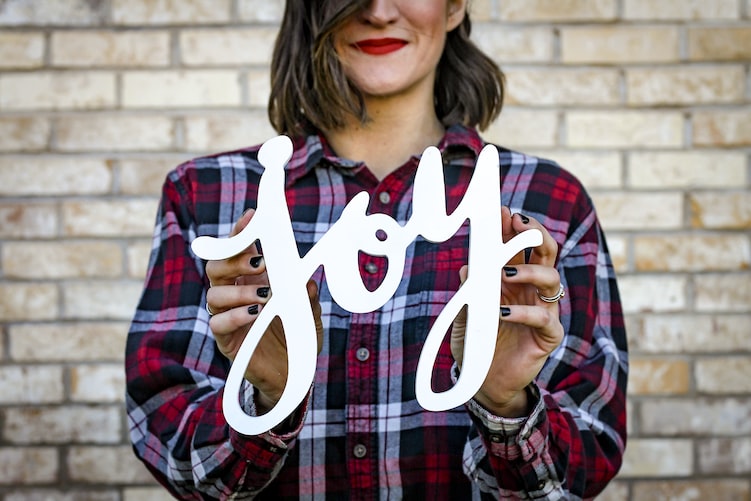 At the time, when Riley turned 11, her family moved to a new city; this was a big new change that she faces. At that time Joy become cautious, as she feels that all the other emotions of the Riley have been now more active. This could lead to the destruction of all the efforts that the Joy had once made. But when Riley’s mind enters in the phase of sadness, Joy finds that she cannot move without the other emotions, to feel contented, all of the emotions are required. This sense make Joy realize that, she will have to think maturely, and in order to bring Riley back to her normal life, she will have to work along with Sadness and not against her.

3.3 Appearance of Joy in Inside Out

The animated character of Joy is that of a girl, who has her skin of somewhat amber color. She has light blue hair color with bob cut style. She us to wear yellow frock which has a self print of blue flower like motifs. She is not shown wearing shoes or pants. She always has a halo around her that is composed of a bright light of golden color.

When Was Inside Out Released?

The animated cartoon film Inside Out was released on June 19th, 2015 in United State.

4 Critics Reviews and Response on Inside Out

 This cartoon film topped on the list of the site’s Top Hundred Cartoon Animated Movies.
 It was ranked on the third position in the list of the Top 100 Movies released in the 21st century.
 The website Rotten Tomatoes wrote that, “Gorgeously animated, and powerfully moving, Inside Out is another outstanding addition to the Pixar library of modern animated classics.”
 Metacritic a website that collects the reviews of the films, movies, shows and Books etc, assigned this film a score of 94 out of hundred. According to a poll by CinemaScore the film was graded with “A”.
 Kristopher tapley has reviewed it as “one of the best films of this century”.
 A.O.Scott wrote in The New York Times that “this film is an absolute delight”.
 Ann Hornday gave his reviews in The Washington Post that “that rare movie that transcends its role as pure entertainment to become something genuinely cathartic, giving children a symbolic language with which to manage their unruliest emotions”. 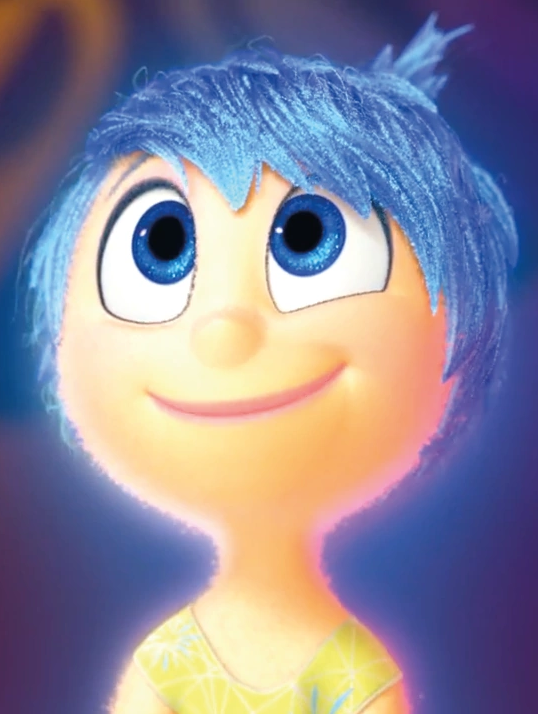 Joy is the protagonist of the 2015 Disney•Pixar animated feature film, Inside Out. She is one of the five emotions inside the mind of Riley Andersen. She always strives to remain joyful, hence her name, and is the leader of Riley's emotions. 1...

Video Games on Inside Out

A play set of this cartoon film, casting all the main five emotions in it was created for Disney Infinity 3.0.
“Thought Bubbles” was created for mobile sets in 2015 by Disney Mobile games. That was available on Apple App Store, Amazon appStore, Google Play, Windows Store and also on the Window Phone Store.
In Thought Bubble the gamer is going to play with the emotions of the Riley. The player has to pass through 485 levels in this game by matching and sorting the memory bubbles.

Below are the frequently asked questions about the emotion Joy in Inside out;

1. What are the 5 emotions in Inside Out?

In the story of Riley, 5 emotions were selected for creating cartoon characters. These 5 emotions include;

2. Who is Joy from inside Out?

Joy is one of the 5 main animated characters that are the emotions of Riley.

3. Is Joy villain in Inside Out?

Joy actually tries to overcome all the other emotions of Riley, in order to keep her happy, in other words he can be seen as a villain who tries to control other emotions.

Amy Poehler has played the role of the Joy in inside Out.

In the official Bio, Joy is described as the character whose goal is to make Riley happy. The Joy’s role in Riley’s life is to keep her lighthearted, optimistic and determined in any situation.
Since Riley’s childhood, Fear took the position as the joy entered in her life. He works as an assistant of the Joy.
Inside out is a brilliant work depicting human brain and thoughts by showing each emotion individually as a cartoon character. The inside brain world of the Riley was sketched out so ingeniously. Each emotion had its own characteristics and appearance along with separate probs. The Personality Island like Friendship Island, Family Island and Hocky Island etc, were also created brilliantly.

Kun Fayakun Meaning
What time does McDonald's serve lunch?
What is a Cricut Machine
Anger | inside out
Things to be thankful for
Elysian Fields
Snapchat Birthday