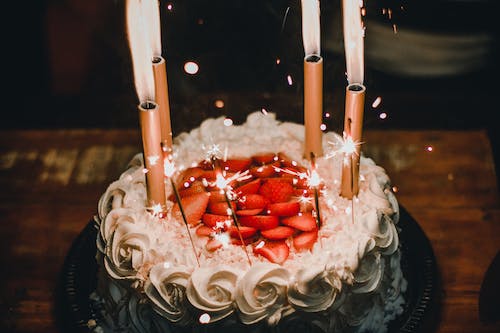 Pakistani dramas are televised serials. They are mostly produced in Urdu language, but a big number of them are also produced in Sindhi, Pushto, Balochi, and Punjabi. These serials reflect the Pakistani culture. Many Pakistani dramas are based on Urdu novels. First few dramas of Pakistani industry are “Taleem e Balighan”, “Khuda Ki Basti”, “Shehzori”, “Alif Noon”, “Uncle Urfi”, and many more early dramas increase the popularity of Pakistani drama industry. Many dramas are also watched outside Pakistan, mainly in India, Bangladesh and Afghanistan. Many dramas are also dubbed in different languages, like “Humsafar” was dubbed in Arabic and was broadcast by MBC, as “Rafeeq-al-Rooh”, in the Middle East, in 2013. Other dramas like “Zindagi Gulzar Hai”, “Malaal”, “Mera Naam Yousuf Hai”, Mata-e-Jaan Hai Tu", “Daastan”, “Dil-e-Muztar”, “Aesi Hai Tanhai”, “Koi Chaand Rakh”, “Suno Chanda”, etc. were dubbed in Arabic and broadcast by MBC.

Sanam Saeed was born on February 2, 1985, in London, England. She is 36 years old. She is best known for playing the role of Kashf Murtuza in “Zindagi Gulzar Hair”. She has worked in the films like “Mah-e-Meer”, “Dobara Phir Se”, “Cake” etc. Her television series are “Mata-e-Jaan Hai Tu”, “Talkhiyan”,“Kadoorat”, “Firaaq”, “Diyar-e-Dil”, “Dil Banjaara” and “Akhri Station”.

She celebrates her birthday on March 10. She is 25 years old. She is a well-known Pakistani playback singer. Her famous are songs for movies are “Kalabaz Dil”, “Sadqa”, “Item Number”, “Pyar Wyar”, “Aya Lariye”, “Khawabon Mein” etc. She has also sung Pakistani OSTs of the dramas like “Pagli”, “Romeo Weds Heer”, “Do Bol”, “Raaz-e-Ulfat”, “Ehd-e-Wafa”, “Fitrat”, etc.

He was born on April 22, 1984; his age is 36. Yasir hosted “The After Moon Show” on Hum TV. He has also written films like “Karachi Se Lahore”, “Lahore Se Agay”, in which he also played the role of “Moti”. “Chhlawa” was also written by him. He also worked in the drama serials like “Kya Life Hai”, “Shadi Mubarak Ho”, “Baandi” and “Jhooti”.

Ali Zafar was born on May 18, 1980 to a Punjabi family; his age is 40. He is not only a singer but also an actor. He has worked in Pakistani films like “Lahore Se Agay” and “Teefa In Trouble”, and also worked in Indian films like “Tere Bin Laden”, “Mere Brother Ki Dulhan”, “London, Paris, New York”, “Kill Dill” etc. He has sung many songs such as “Allay”, “Laila O Laila”, “Chal Dil Merey”, “Madhubala”, “Sajania”, “Jaan-e-Bahaaraan”, “Pehli Si Muhabbat”, “Mushk”, “Palat Meri Jaan” etc.

1. Which Pakistani actors have worked in Bollywood?

2. Who is the richest actor in Pakistan?

Fawad Khan is considered as the richest actor of Pakistan. His per year earning is around $ 150,000 . The sequence is followed by Mahira Khan, Mahnoor Baloch, Rahat Fateh ALi, Atif Aslam and Ali Zafar.

They celebrate their birthdays with their family, friends and co actors. Their fans also participate in this special day through social media. Celebrities post pictures and videos on Instagram and Facebook. Some celebrities birthdays are mentioned above.

Aiman khan was born on 20 November 1998 with her twin sister Minal khan. She is a Pakistani actress with huge social media following on Instagram, Facebook, and other social media platforms. She has performed in many dramas like Baandi, Ishq tamasha, Bay dardi, Bay Qasoor, Ghar titli ka par, and khaali haath, etc. She is one of the finest actresses in the Pakistani industry. She was last seen playing the role of meeru in the drama serial Baandi.

Minal khan also has a huge social media following as she is also an actress in the Pakistani industry as she has done many dramas like Hasad, Kash main Teri beti na hoti, hum sub ajeeb se hain, Moll and mere meherban, etc. Both Aiman and Minal khan gained popularity because of their same faces. They were born in Karachi and they belong to Urdu speaking family.

Their father was presenting himself as a Police officer in Sindh and their mother is a housewife. Their father deceased on 31 December 2020. Both these sisters have three brothers also and two of them are twins. Aiman khan got married to Muneeb ■■■■, on 21 November 2018. Aiman Khan and Muneeb ■■■■ met on the set of a telefilm as Aiman said that ‘ we met at a shoot of telefim and both of them were new in the industry so their vibes matched and they become very good friends. As Aiman was very young so Muneeb used to call her sister.’ In the early stage of their relationship, she used to hide this thing from her sister and the family, but when she broke the news to her family and met with Muneeb, all the house members were happy and decided to accept the proposal Muneeb ■■■■.

Both of them performed Umrah in Ramadan 2019. They have a daughter. Her name is Amal Muneeb. She is just 2 years old. Recently Aiman Khan becomes the most followed on Instagram. The reason for her popularity is her simplicity and her covered dresses. In Pakistan, people are slightly conservative and cannot see a celebrity showing their bodies. As Aiman is just like the way people like the other celebrities so they follow her more as compared to other celebrities who show their skin.

Aiman khan started her career in 2012 with the drama ‘Mohabbat bhar main jay which was for hum TV. In 2012 she played the role of Rani in the drama Mohabbat bhar mein Jaye. It was her television debut. Mazhar Moin directed that drama. In 2013 she played the role of Rida in the drama ‘meri beti’. Badar Mehmood was the director of this drama. In the same year, she also did a drama named ‘Mann ke Moti’ as Sehrish. Babar Javed directed that drama. In the same year she did a telefilm named ‘Behadd ’as Sara. In this telefilm, Fawad khan and Sajal Ali were in lead. Asim Raza directed that telefilm. In 2014 she did ‘Joru ka Ghulam as Anaya directed by Ahson Talish. In the same year, she did a drama serial ‘Digest writer’ as Shakeela directed by Syed Ahmad Kamran.

In the same year, she did Ishq tamasha, Bay Dardi, Khana khud garam Karo, and the drama serial Baandi. Ishq tamasha was directed by Danish Nawaz and she played the role of Mirha. Bay dardi was directed by Ahmed Bhatti and Aiman played the role of Biya. Khana khud garam Karo was the telefilm directed by Kashif Saleem. Baandi was directed by Syed Ahmad Kamran and Aiman was there as Meeru. After baandi, she did not do any drama because of her marriage as she wanted to spend quality time in her new home and after her baby girl Amal Muneeb come into her life, she wanted to be with her in her childhood. That is why she is not doing any drama right now. As she wants to focus on her daughter only.

Minal khan’s television debut was in the Drama serial Kash main Teri beti na hoti as a supporting role which was for Geo TV. And then she did Quddusi Sahab ki Bewah as a supporting role on ARY Digital. She also gives an appearance in a social drama named ‘ Mann ke moti’. She was seen with Yasra Rizvi, Faisal Qureshi, and her sister Aiman Khan. She gained some sort of recognition after her drama serial ‘ Mere Meherban’. And then she was seen in the romantic drama serial Mol. Firstly she appeared in a lead role in Urdu 1 presentation ‘ Kash main Teri beti na hoti, which was followed by the drama ‘parchaye’ as part. She also gave an appearance in one episode of Angeline Malik’s series named Ustani jee. She was also seen as a simple housewife in ‘ Kabhi band kbhi Baja.

Minal khan is not married as she is just focusing on her career now. But she is dating Ahsan Mohsin Ikram who is also a television actor. Recently Minal broke the news that she is in a relationship. She also came to her beau’s home for dinner.

She came with her sister Aiman khan to the Mazaak raat show in 2017. In 2018, she did the After Moon show as a guest. In 2020 she appeared in Rewind With Samina Peerzada show as a guest.

After knowing their social media following, the khan sisters decided to launch their own clothing brand. Their closet is all about low-cost clothes and amazing fashion styles at affordable prices. Both of these actresses also serve as a model for their own brand. Recently Minal khan appeared as a model for her brand and as always she looks amazing in their outfits. She put black amble and steal the show with her fashion sense.

Aiman and Minal are twin sisters born on 20 November 1998. Both of them have earned a good name in the field of acting. As they did many dramas on this television. Aiman Khan is married to Muneeb ■■■■ who is also an actor. The couple performed Umrah in 2019. Aiman khan also has a daughter. Her name is Amal Muneeb. She is of almost 2 years. Minal khan is not married but she is dating an actor Ahsan Mohsin Ikram. These sisters have three brothers and two of them are also twins. Their father was in Sindh Police but their mother is a housewife. Aiman khan’s famous dramas are Bay Qasoor, Bay Dardi, Mann Mayal, Ghar titli ka par, Khali hath, and Baandi. Aiman Khan is not doing any dramas after her marriage because she wants to give her time to family and her daughter is very small in age so she wants to take care of her.

Minal khan’s famous dramas are Parchayee, Jalan, and nand. She is going high and high and is on the path of success. Both Aiman and Minal also have launched their own clothing brand called Aiman Minal closet. Their brand is affordable as the prices are very less but fashion styles are very good. Both of them also work as a model for their own brand.

1. What happened to Aiman Minal’s father?

On 31 December 2020, actress Aiman khan confirmed the death of her beloved father. She shared the news with her fans on Thursday in an emotional post. She asked her fans to pray for her dad. She said that her father is passed away and he was a strong man.

2. Who is elder Aiman or Minal?

Aiman Khan is 28 minutes elder than her twin sister Khan. In an interview, Minal has said that because of Aiman’s marriage, my life has changed. As Aiman is elder than me so she always treats me like a younger sister.

3. How did Aiman Khan lose weight?

Aiman khan loses weight by following a strict diet. In an interview, she said that ‘ I drink a lot of kava and black tea. If you want to lose weight you have to take care of your diet first. To make kehva, you need to have seeds of carom, powdered tea, and pure coconut.

Yes, Minal khan is engaged to an actor Ahsan Mohsin Ikram. The actress broke the news on Valentine’s day.