What is the structure, function, and location of the pleura, pericardium, and peritoneum?

What is the structure, function, and location of the pleura, pericardium, and peritoneum?

The pericardium is a dense tissue sac that surrounds the heart. This membrane secretes fluid into the pericardial space between the heart and the pericardium. This fluid reduces the friction created by the movement of the heart during pumping the blood.

What is the structure, function and location of pleura, peritoneum and pericardium?

These are the Layers that surround major organ of body.

That chest cavity is divided into median partition called mediastinum and laterally placed pleura and lungs.

It extends into the root of neck line,The under surface of suprapleural membrane at the thoracic outlet.

It covers the outer surfaces of lung.

It extends into interlobar fissures of lung.

What is pulmonary Ligament?

For the movement of the pulmonary vessels and large bronchi during respiration the pleural cuff hangs down as a loose fold called the Pulmonary ligament.

What is Pleural cavity?

The parietal and visceral layers of pleura are separated from one another by a slitlike space,called Pleural cavity/Pleural space.

The small amount of fluid in pleural cavity is called pleural fluid.It covers the surface of pleura as a thin film to allow movement between these two layers with the minimum of friction.

What is the regional distribution of Parietal pleura?

It extends upto the neck,lines the suprapleural membrane.It reaches upto the level 2.5 to 4cm above the medial third of clavicle.

It lines the inner surface of costal cartilages,ribs,intercostal spaces,back of the sternum and sides of vertebral bodies.

It covers the thoracic surface of diaphragm.

It covers and form the lateral boundary of mediastinum.At hilum of lungs,it is reflected as a cuff around the vessels and bronchi,here it continues with visceral pleura.It is seen,lungs lie free except at its hilum,which contain blood vessels and lymphatics.

What are the names of two recesses of Pleura?

These are slit like spaces between costal and diaphragmatic parietal pleura,and are separated by capillary layer of pleural fluid.

During inspiration;the lower margins of lung descend into the recesses.

During expiration; the lower margins of lung ascend.In this way,both the costal and diaphragmatic pleura come together again.

These are the spaces between costal and mediastinal parietal layers of pleura,separated by a layer of pleural fluid.

During inspiration and expiration,anterior borders of lungs slide in and out of the recesses.

What is the nerve supply of Pleura?

The costal pleura is supplied by intercostal nerves.

The mediastinal pleura is supplied by phrenic nerves.

The diaphragmatic pleura is supplied by phrenic and lower six intercostal nerves.

Its a fibrous sac that enclose the heart and roots of great vessels.

It restricts the excessive movements of heart as a whole and serve as a lubricated container,in which different parts of heart can contract.

It lies within the middle mediastinum,posterior to the body of sternum,extends from 2nd to 6th costal cartilages,lies anterior to 5th to 8th thoracic vertebrae.

What are the parts of pericardium?

Its a strong fibrous part of the sac.it fuses with outer coats of blood vessels,attached below to central tendons of diaphragm.

It lines the fibrous pericardium and surround the heart.

It has two layers;

It’s closely applied to the heart and often called ### **Epicardium.

What is pericardial Cavity?

The slit like space between Parietal and visceral layers is called pericardial cavity.

It contains a small amount of tissue fluid about 50ml, called pericardial fluid.

This fluid acts as lubricant for the movement of heart.

What is nerve supply of Pericardium?

It is supplied by phrenic nerves,vagus nerves and sympathetic trunks(Vasomotor).

It is the abdominal membrane,that lies between abdomen and pelvic region of the body.It forms two layers, visceral and parietal layers,which form peritoneal cavity. 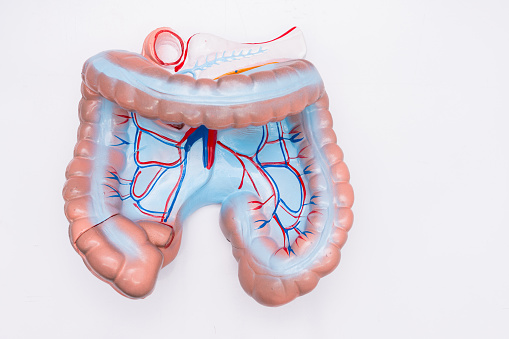 What is the blood supply of peritoneum?

It is supplied by;

How to remove skin tags at home