How to add bots to discord

Discord has grown into a pivotal part of gaming culture, and this step-by-step guide outlines how to add a bot to a server. 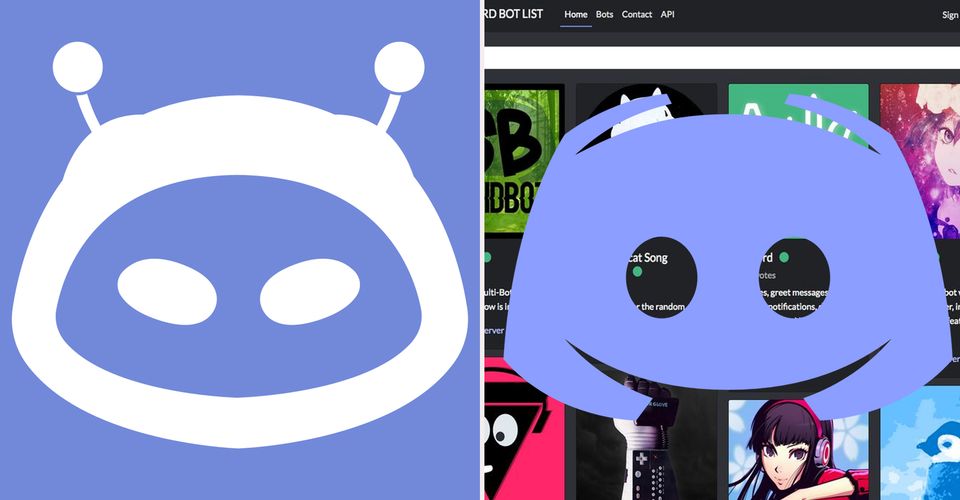 1960×500 47.9 KB
One of the best ways of getting in touch with people who share the same interests and passions in gaming is definitely Discord. Based on servers that are easily set up and an extensive direct messaging feature, Discord has risen as one of the most popular choices for gamers, but even for those who just want to meet like-minded people.

For those wanting to set up a small server for a friend group or even start a big community for their business or social media presence, Discord offers a lot. One of the main features is server bots, which bring tons of utility to a community. Here’s a guide on how to add a bot to any Discord server. 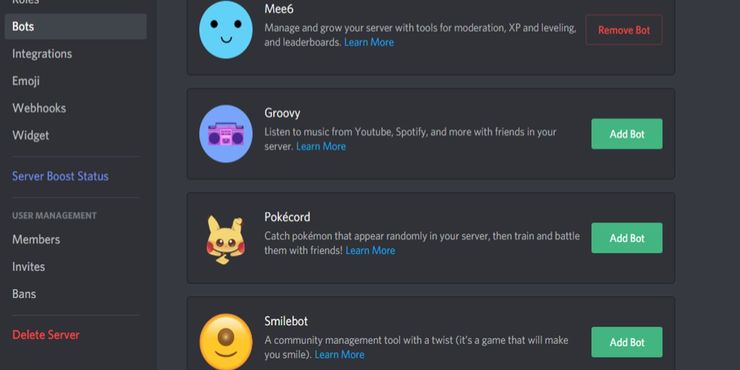 Those who are fairly new to Discord might not be familiar with bots and how exactly they function. However, since bots are incredibly common, chances are most Discord users will have come across them at some point while being a member of a well-established or particularly large Discord server, as most would need bots to run with such a huge member count.

Essentially, bots are fake users which respond to commands on the server they’re on. They’re add-on bits of code that introduce additional features to the server and can be manipulated with various commands. 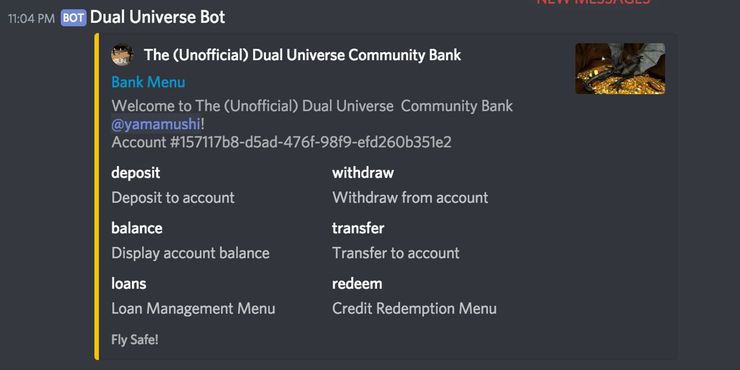 The big question for server owners might be whether or not it’s necessary to have bots in their Discord server. While it’s definitely not an obligation, having a few key bots on a server can definitely make the management part of things ten times easier. Bots will automate a lot of functions on the server, such as welcome messages to new members and assigning new roles to them.

Even for smaller servers, there are tons of entertainment bots, like Groovy, that can add to the overall experience. Some bots like Pokécord lets the server’s members catch Pokémon while they chat on the server, so only the sky’s the limit when it comes to bots.

8Where To Find Bots? 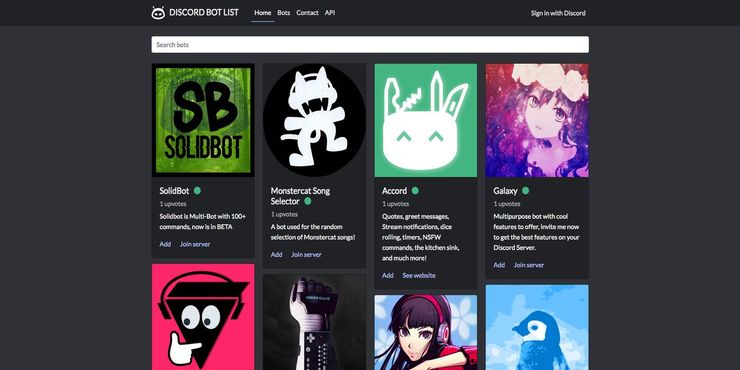 Bots can be acquired in two possible ways. Those familiar with coding can make their very own custom Discord bots that best fit their needs. Alternatively, there are tons of websites that list out some of the most popular and highly rated bots in the Discord community. The most common source for is Top.GG, which lets people search for specific utilities.

Bots On Discord and Discord Bots are also two fairly good sites when hunting for bots to add to a brand new or long-standing server. When picking a bot, it’s best to always check the features carefully and any additional details on setting the bot up. 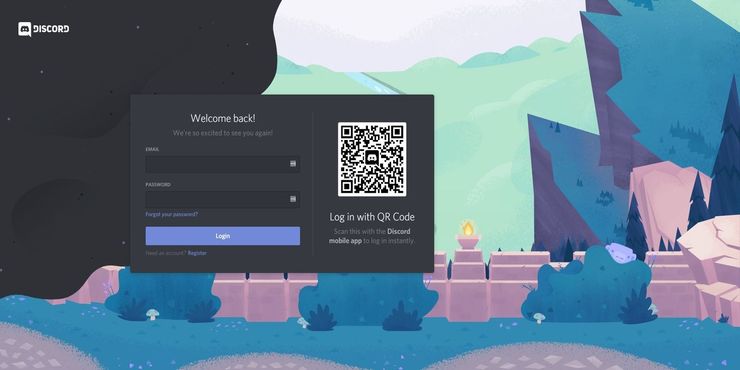 The first step is to ensure the user is logged in to Discord. This means not only logging into the desktop version of Discord that is normally used, but also heading over to Discord Web App and making sure the account is properly logged into within the browser as well.

On the top of logging into Discord, it’s always best to make sure that the connection is private and that two-factor authentication is active, to avoid leaking login information to third parties. Discord also allows users to login using a QR code, which needs to be scanned with the mobile version of Discord. 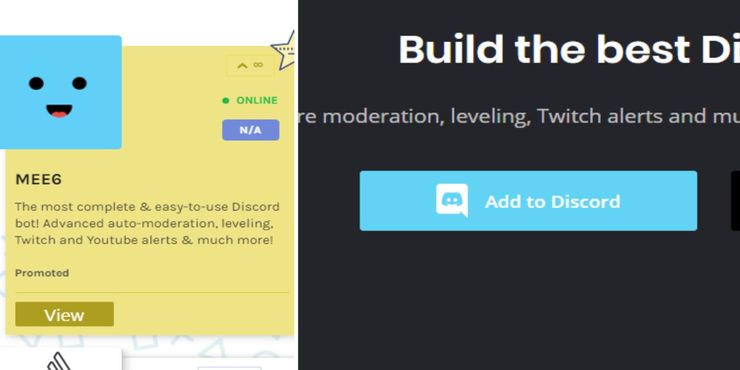 After logging in on the desktop or mobile versions of the app, as well as the browser version of Discord, it’s time to pick a bot to add to a server. Click on View on a bot, which then shows a general information page on the bot. Make sure that the Bot is currently Online, which means it can actually be communicated with and invited to a server.

Then, click Invite or Add, depending on which site is being used to download the bot. This brings up a different page with a large blue button that states “Add to Discord.” Click on the blue button to confirm the bot selection. 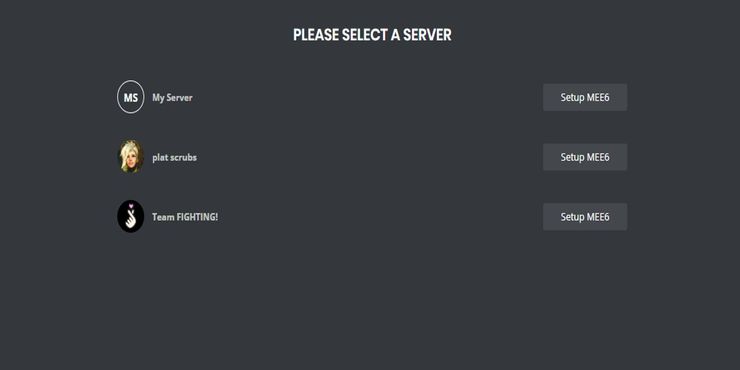 1740×370 8.11 KB
The next window will show all the servers the bot can be added to. This depends on how much administrative power the user has over each of their servers. Keep in mind that without managerial powers, a Discord bot cannot be invited into a server. Owners of servers will automatically be able to invite bots.

After confirming the necessary managerial powers and that the admin is aware of what’s being added to the server, choose the server the bot should be invited to. 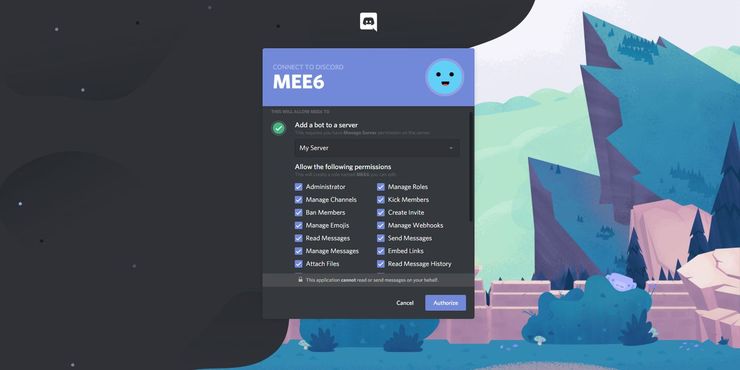 After choosing the server, Discord will show all the powers the bot will have once added into a new server. Make sure the correct server is still selected from the drop-down menu and look through all the bot’s powers to fully understand what it has access to.

It’s unadvised to try and tick off any of the powers the bots will have because this will hinder its functionalities within a server. For those who prefer not to allow a bot to have certain powers or access to certain things, it’s best to back down at this point. Otherwise, click on the Authorize button at the bottom right. 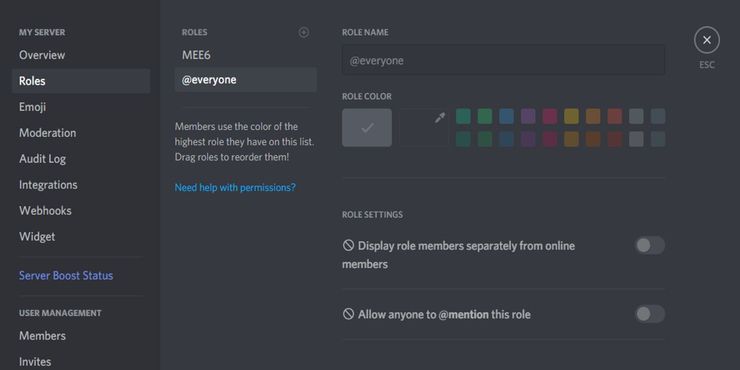 At this point, the bot should be on the server it was invited to. It should appear in the right sidebar among other members, with a small tag next to its name indicating it’s a bot. For server organization purposes, it’s recommended to create a brand new role for the bot in the Server Settings menu.

Make sure the bot still has access to all aspects needed for it to properly function when determining the role’s powers. After a separate bot role has been created, multiple bots can be organized into this category to keep the server tidy and more orderly.

Another simple quality of life feature is to create a brand new text channel on the server. It can be named something like bot-commands or bot-spam. This way, users won’t be spamming commands in the general chat area but will be sent to a specific server to interact with bots.

If the bot is for admin use only, the channel can even be made accessible only to certain roles, such as admins and moderators, to keep the server even more clean from clutter and spam. It’s definitely not necessary, but it makes a huge difference for big servers.

1Step 8: Communicate Or Set Up Bot 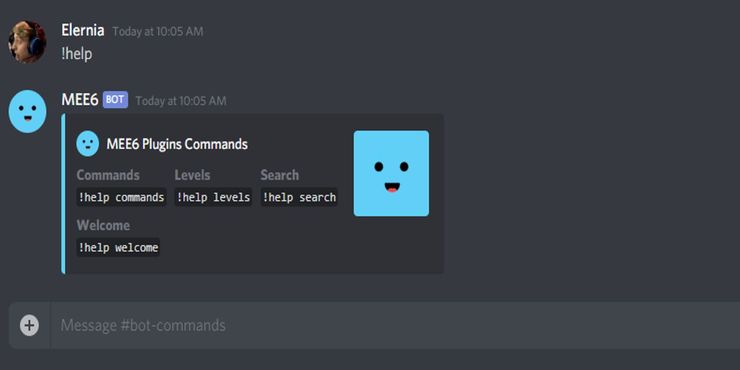 Not all bots are the same, so it’s extremely important to read the information on each bot on their download page. More information can be found at specific servers the developers of the bots have created. It’s generally a good idea to join such support servers if there are any questions that need answering or problems.

Bots will also get updated over time with new features, so being part of a support server is great for any news and updates. In general, however, bots will have different kinds of commands that need to be used to activate them. Almost every bot will have some type of a “!help” command which will show all the available commands and what they do to get you started.

How Far Apart are Cornhole Boards?
How to Increase Real YouTube Subscribers?