If you are fanaticizing to go with snake petting, but confused with what are the best small snakes for pets? then this read will surely be a good road map to check the pros & cones of this hobby. Snakes are never considered friendly creatures & if the names are taken generally these pretty creatures don’t win enough votes in favor.

It indeed would be considered a quite daring & utmost thrilling hobby to keep snakes as a pet. To have a smooth ride it is a rationale to choose small snakes as these are at the top of the list for a newbie. According to research following 3 species of snakes are the most commonly kept as pets; Corn snake, garter snakes & ball pythons.

You should not ignore the fact that snakes don’t get attached to your emotions thus don’t feel affection for you. Don’t keep Clove oil, Cinnamon & Ammonia near to their cabin as snakes don’t like the smell of these. The small snakes are inexpensive, easy to handle & cared for. Captive-bred species of snakes are docile & non-venomous so make a good option, especially for kids.

Summary: As these tiny bodies are not only docile but also easy to handle & kept as a pet. They will die or start acting abnormally if you will not take proper care of them.

Let’s plow through the facts of these 3 best small snakes: 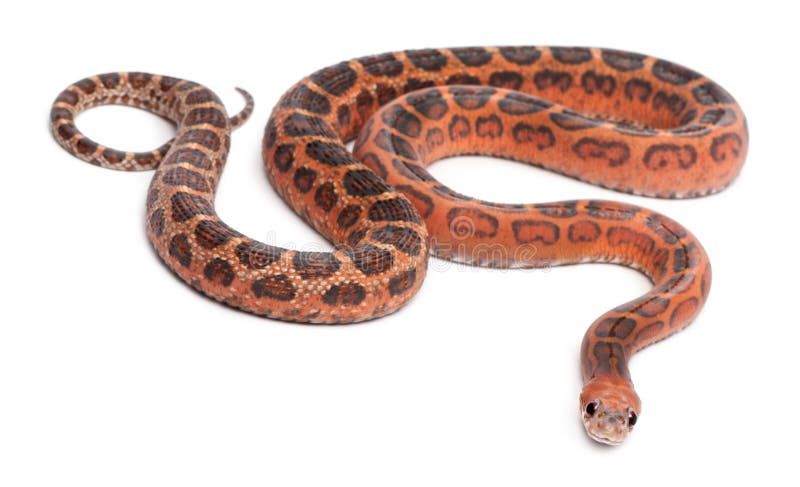 This is the friendliest pet snake to date. These tiny buddies are dark yellow & orange. The body is covered with black & white markings. Corn snakes are willowy & skinny & can reach to 60-180 cm in length. Corn snakes are meat –eaters, the favorite food is rats, lizards, rodents, bats & birds.

In winters they hibernate thus less active & the mating season takes place from March to May. In captivity, these buddies can live up to 15 – 20 years. The record tells the oldest corn snake was of 32 years & 3 months in captivity. If bitten by a corn snake, pain isn’t felt as their teeth are so small & compact. It is advisable not to hold a pet snake for so long as they get disturbed. 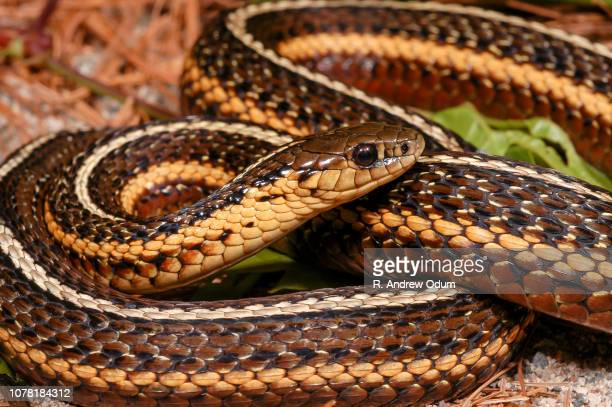 The garter snake is the smallest snake among the three & can grow to 23 – 30 inches. These buddies can live up to 10 years. Its body is stout & scaly & has two colored tongues. They are active during the daytime & hibernate in winter. The mating season starts in March or April. Earthworms, amphibians & fish are their daily feed.

They are also known as Garden snake & easily recognizable by 3 lines that run through their bodies. Garter snakes can climb slabs & walls. Though Garters are non-venomous their bite can cause swelling & itching so it is better to have a deep cleansing if bitten. They never bite unless & until provoked. 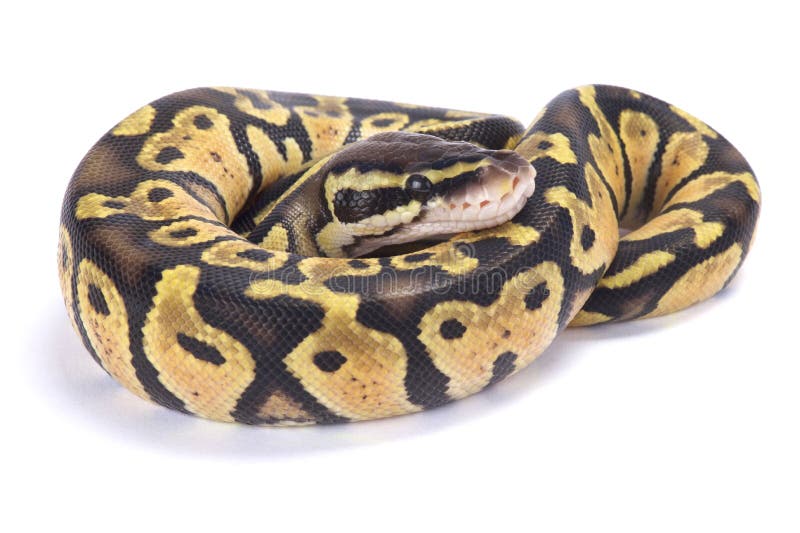 When frightened or threatened these fellows turn into a ball & tuck their heads, which is why they are named Ball Python. These tiny bodies are also known as the shy specie. Their average life span is 20-30 years in captivity. They can grow to 3 – 5 feet in length.

Ball Pythons should not be caged with other animals as these buddies are antisocial & friendless. As long as you provide them their required habitat, these aren’t dangerous to their owners. Don’t forget to provide them Hide Boxes in captivity or they will get stressed. They don’t eat much & can live for months without meals.

Summary: These 3 snakes are known as the best small snakes so far as pets. If you want to captivate a one, the first choice is corn snake & the rest as the second.

Here some most commonly asked questions.

Do snakes bond with owners?

Snakes live in their own world. They like being around food, comfort, freshwater & hiding spots. They don’t feel any love or affection for the caretaker. So if you are expecting a warm bond with this buddy then it is next to impossible,

How do you tell if a snake is comfortable with you?

When your snake calmly flicks its tongue in the air frequently, moves calmly shows regular behavior. And above all it shows a relaxed alertness level, it means this buddy at-ease

Why is my snake hissing at me?

Snake makes a hissing sound when he feels threatened or senses a feeling of danger around him. So be aware & leave him alone if he is hissing at you. Sometimes snake hisses when he is unstress or disturbed.

I hope you enjoyed the read & got enough broadcast about the best small snakes for pets. Whatever small snake you take as a pet, make sure to provide the best possible condition for these buddies to grow & enjoy their new home. 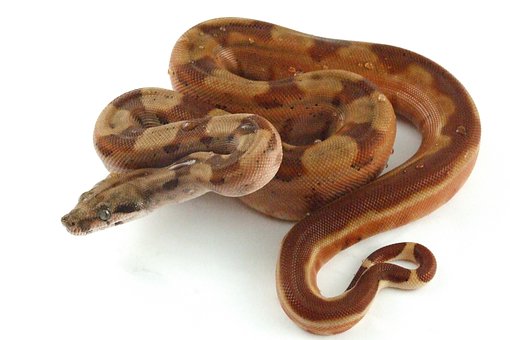 There are about 3k species discovered on this planet yet out of which only 600 species are dangerous as they are venomous. 200 species are able to harm you or are able to kill or wound you. All others are not venomous but they can swallow their victims alive. Snakes are cold blooded. All are different in size, texture and color. However all types of snakes are not good to pets due to size and other characteristics.
Snakes are different from other pets because they require different care and environment . They do not interact with people just like dogs, cats or any other animal do as a pet. A list of best small snakes is appended below.

Barbdos Threadsnake
It is the smallest than all other species of snake. It’s found in Caribbean. It looks like a worm having thin body. Its average length is about 10cm only. Their weight goes up to 0.6g. It is not venomous.

Western Hognose
It can also be a best pet due to its beauty there is an interesting pattern of its back with dots. Western Hognose Snakes has unique nose as by name, with the help of their nose they makes holes in ground and hide themselves there. They are also smallest species of snake. Their lifespan is about 10 to 15 years. They easily live in temperature on hot side must be between 20-32C. In adult age and their expected length reach about 2 to 2.5ft. Western Hognose snakes are slightly venomous.

Garter Snake
Garter Snake is venomous but it is not such dangerous. There are many species of Garter Snake different in color, size and pattern. But according to my point of view coaster garter snake is best due to its color deep red with black spots. Cleaning is recommended on daily bases on you are keep such snake. They eat mice in wild. There feed increase with their size. There must be bowl of water in aquarium as the take bath to cool down. Their size is round about 45 to 50cm when they become adult but some Garter snakes species grow up to 137in.

Rosy Boa
Rosy Boa is venomous but it is not dangerous. They need light to maintain their body warm. Make sure that the humidity should not be very high in aquarium as it may cause problem for this purpose don’t provide water in large dish. You can easily buy it from reptile stores. It gains length up to 4 feet when adult. Their lifespan can be about 30 years. They eat reptile food. Temperature on hot areas must be between 85 to 90 degrees.

California Kingsnake
California Kingsnake is not venomous. It is one the best small snake as pat. It has also many subspecies by difference in color and pattern. Their size is about 30 to 40 inch when they become adult. They are fund in west coast of the U.S. temperature on hot side must be between 88 to 90 degrees. Provide them clean water always. Humidity level must be between 50% to 60%. California Kingsnake can eat each other so don’t get them together. Always use snake hook while handling it. Feed them once or twice a week.

Rough Green Snake
Rough Green Snake is not venomous. It is just like smooth green snake but Rough Green Snake grows longer. It will grow up to 116 cm. Feed them once or twice a week. Provide them fresh water. It’s length increase up to 3 feet in adult age. Females are larger than males. It can live up to 15 years. Temperature for this specie in hot areas must be between 85 to degrees Fahrenheit. You can prove them crickets, spiders, frogs and small lizards to eat.

Ball Pythons
Ball Pythons is not venomous. They are also very popular small snakes. They are easy to handle. They don’t have fangs. They live in sand in wild in ball shape mostly therefore their name is ball pythons. Their length grows up to 5ft when get become adult. Their weight is depending on your feed, if you feed more, They will have more weight. You should feed them a mouse every week and don’t disturb them after feeding at least 24hr. always provide fresh water all the times.

Corn Snakes
Corn Snakes are not venomous. There are also very popular small snakes. They are fund in America. Corn snake has many subspecies different in size and color. Females are longer than males. Their length somehow depends on how you feed them, if you over feed them they can be reach up to 6ft long. Weight also depends on how you feed them but average weight of corn snakes are about 900g if you snake is underweight then you should adjust his diet.

Sand Boa
Sand Boa is not venomous. It is also very popular pet. People also call it with the names of Kenyan sand boa and East African sand boa. They are just like ball pythons also as they don’t bite commonly but it is much faster than ball python. Their head shape is look like blind snakes. Females are longer then male snakes. Male’s average length is about 18 inches which is very short.

African Egg-Eating Snake
African Egg-Eating Snake is not venomous. It is very popular as pet. As by its name these creatures eat eggs instead of rodents, insects and fish. When they become adult their length is about 1.5ft to 2.5ft and weight is about just 300 grams. You can easily handle and feed them due their small size. Their teeth help them in eating eggs. Their color is dark gray-brown.