I’m going to introduce how to draw a simple anime GIRL face. It isn’t that hard, and this will break down a five minute process, into something step to step.

Now, excuse me if my drawing style doesn’t match up with yours. This is what I do, and there’s no right or wrong in drawing.

Without further ado, let’s get started! 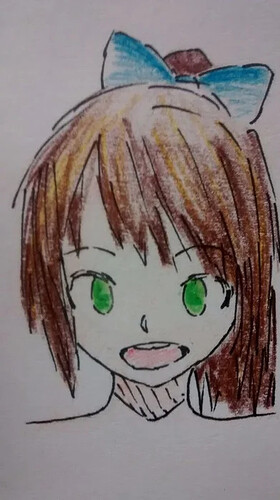 This circle will be the fundamental element for today’s guide. It will serve as a proportion for the face and hair and everything. 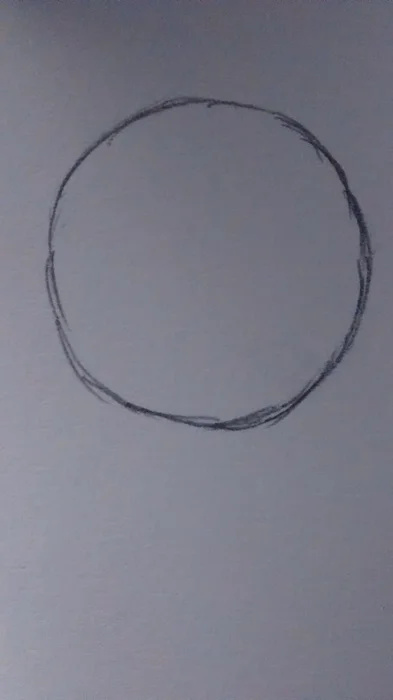 Step 2: DRAW THE REST OF YOUR FACE

After you draw the circle, draw two lines both pointing inwards at a tiny degree, and connect them like in the picture. Draw another line straight through to the chin. 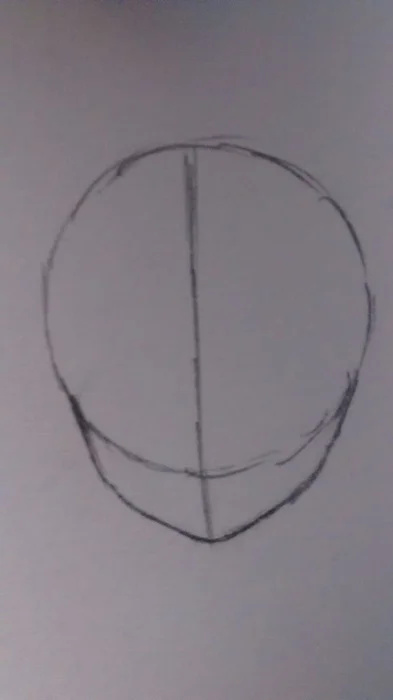 Draw the mouth. It can be closed, opened, teeth gritted, frowning, whatever. You have to draw the mouth so that the line going straight through the head would be in the middle. 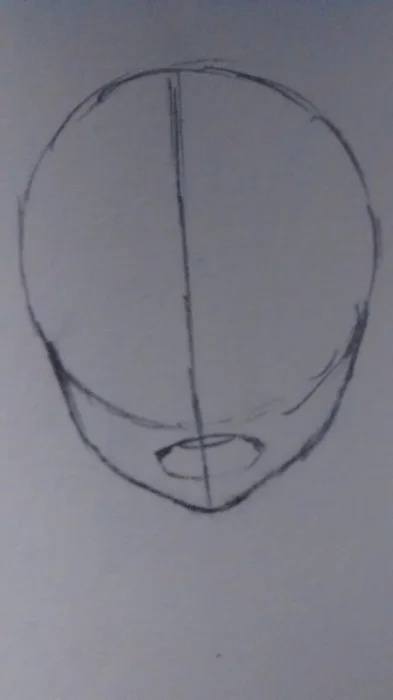 Step 4: DRAW THE EYES AND NOSE 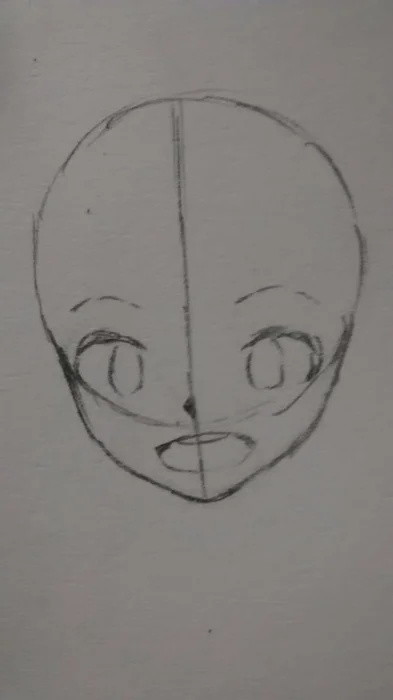 I decided to put the anime girl’s hair into a ponytail (you’ll see later), but honestly it doesn’t matter. You can do any type of hairstyle you want. I put her hair in a blue bow. 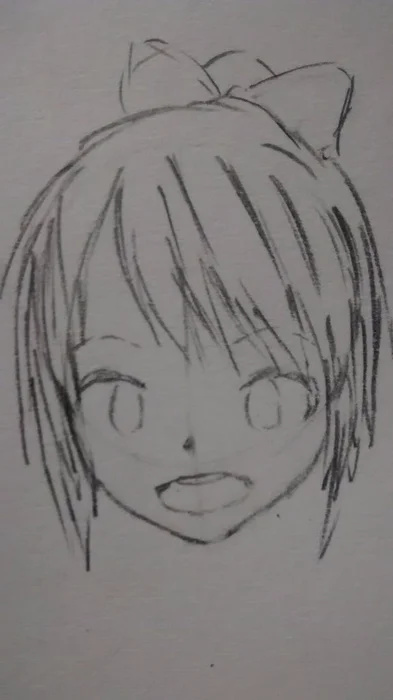 Step 6: DRAW ON THE NECK

This is an optional, but I did it. Draw the neck. It can’t be too wide, or too thing. After you finish the neck, branch it off to opposite directions to make the shoulders. 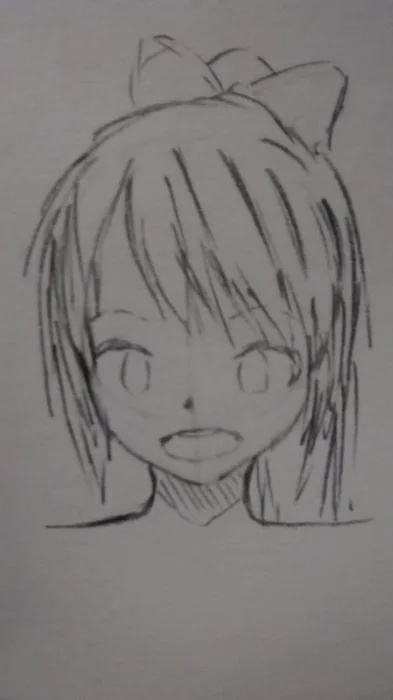 Step 7: TRACE THE PICTURE WITH a SHARPIE

I used a Sharpie pen because I work best with those, but using a thin Sharpie marker could work too. Then erase all the pencil marks. 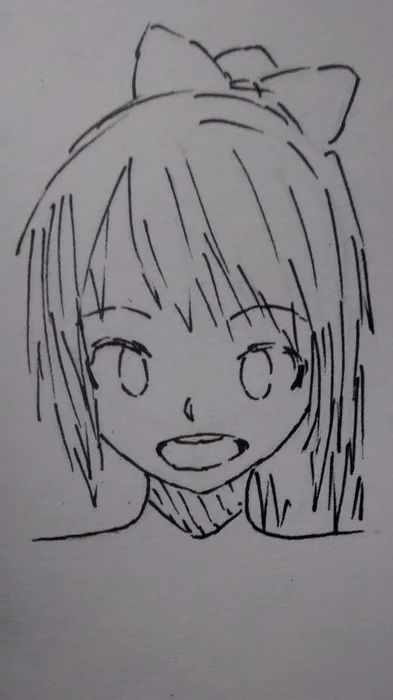 Step 8: COLOR IN THE HAIR AND THE FACE

It’s too light to see it here, but I used an orange and colored it in lightly to give off the peach effect. You can change the color of the hair, but I chose brown to make it seem more real. I made real dark brown fade into the tip, because of light reflection. It’s how I draw. I added yellow highlights to make her seem more, cute. 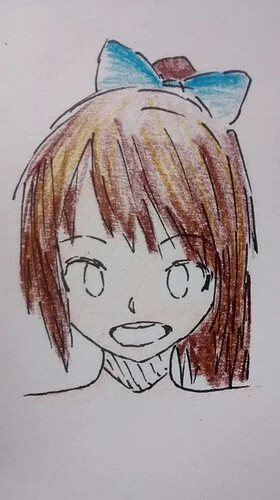 Step 9: COLOR IN EVERYTHING ELSE

You don’t have to make the eyes green, but yet again, I did. I didn’t make any reflections in the eyes because I was out of whiteout, but the spots that are supposed to be white could be used with a whiteout. You don’t have to. The mouth I colored it light red for the tongue.

AND VOILA! The whole thing is done!