The organizers of the effort to recall California Democratic Gov. Gavin Newsom turned in their final batches of signature petitions to the registrars of the Golden State’s 58 counties on Wednesday.

Now they wait as county and state officials determine whether they have collected the 1,495,709 valid signatures they need to qualify the recall election for the ballot – a tally that is 12% of the votes cast in the last election for governor. 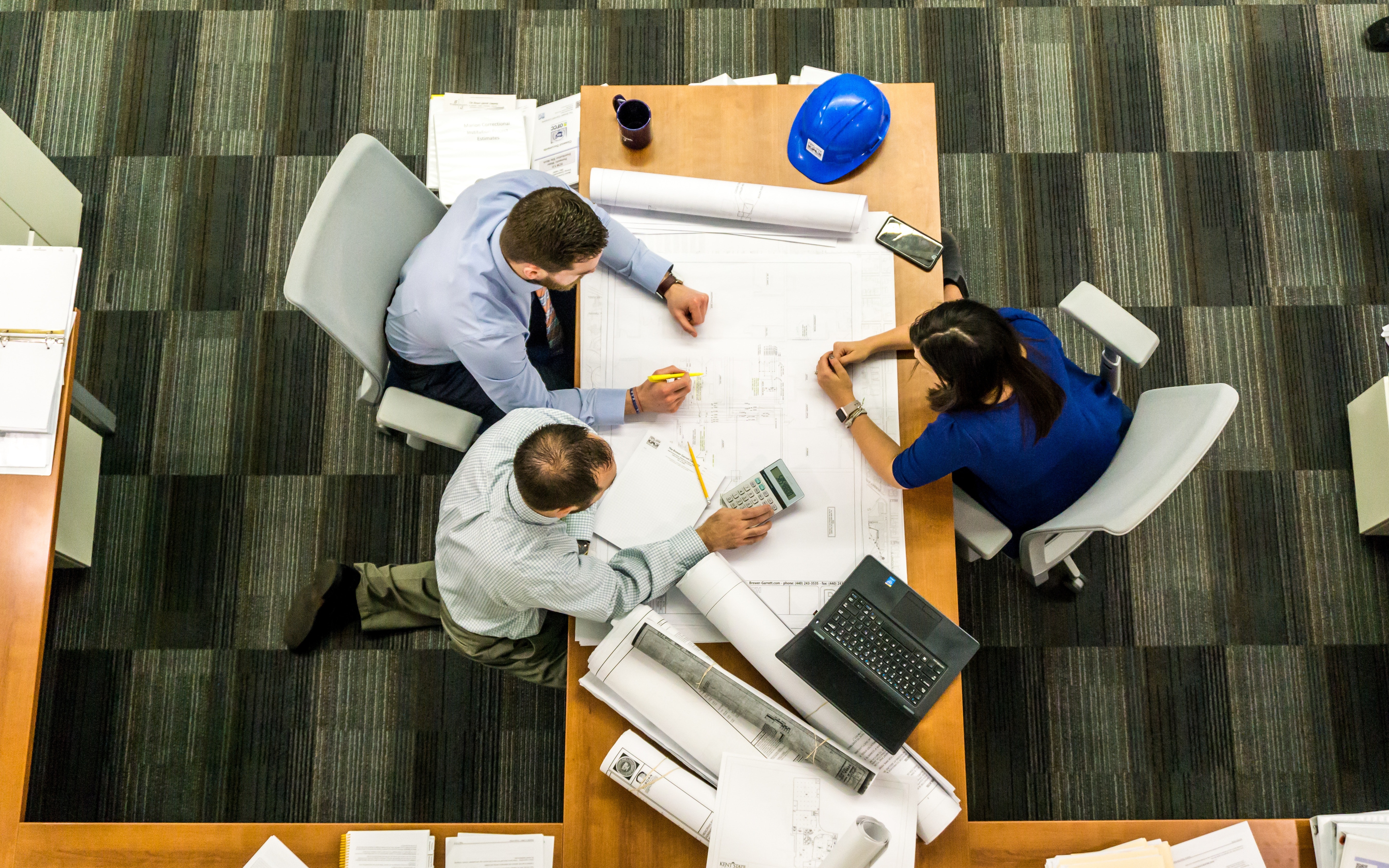 Recall leaders said Wednesday night that they have well exceeded that target, turning in more than 2.1 million signature petitions to county officials. But it’s now up to those officials, who have until April 29 to finish verifying the signatures and then report their results to the California secretary of state.

Here are some common questions about how the next few weeks could play out:

How likely is it that the recall will qualify for the ballot?

At this point it looks pretty likely. Newsom’s sudden blitz of media interviews – and his vow to fight the recall – underscore that his team is taking the recall threat very seriously. The recall proponents have organized in all of California’s counties, and they collected more than 2 million signatures, so they would have a cushion if some signatures were duplicates or were deemed invalid for other reasons.

And so far, the signature validity rate is very high yet another reason it’s likely to qualify. The latest report from the secretary of state in early February showed that of the signatures checked by county officials so far, 83.7% were valid. The recall organizers also hired a third-party firm to verify signatures before they were submitted, eliminating many duplicates on the front end.

If it qualifies, how soon would the recall land on the ballot?

No one has a good answer to that yet, because there are a lot of procedural steps that must be completed before the lieutenant governor would officially call the recall election. But sources on both sides of the recall expect it to land on the ballot sometime between August and December. First though, there’s an arcane series of next steps.

After county election officials finish verifying signatures by the end of April, the secretary of state has until May to report back to the counties about whether the recall has qualified. After that, any voter who signed a recall petition has 30 business days to reconsider and withdraw their signature.

Then county officials conduct a second verification process to determine whether there are still enough signatures. If the recall proceeds, the California Department of Finance and the secretary of state come up with a cost estimate that is sent to the chair of the state’s Joint Legislative Budget Committee, Newsom, Lt. Gov Eleni Kounalakis and Secretary of State Shirley Weber.

The budget committee has 30 business days to review the estimate. After final signoff from Weber, Kounalakis would be required to set a date for a recall election that is no earlier than 60 days from that point and no later than 80 days.

What would voters see on the ballot if qualifies?

The state’s voters will be asked two questions. First, do they want to vote “yes” or “no” on recalling Newsom. And two, who should replace him – a question that is likely to be followed by a very long list of names, just as it did in 2003, when Arnold Schwarzenegger, a Republican, replaced former California Gov. Gray Davis, a Democrat.

Can Newsom enter his own name in the running for question No. 2 as a backup plan?

No. He’s banned from doing so under state election law.

Newsom was elected in 2018 with nearly 62% of the vote in one of the most liberal states in the country. How did he end up in this predicament?

This is actually the sixth time that Newsom’s opponents have tried to recall him, which demonstrates the polarized climate in America, even in a blue state like California. Early on, recall proponents were most focused on their ideological differences with the governor.

The recall petition, which was written before the pandemic began, argues that Newsom failed to adequately address the state’s high taxes, immigration, widespread homelessness, lack of affordable housing and wildfires, among other complaints. But the signature gathering collided last summer with anger about the pandemic, attracting a broader group of Californians who were angry about Newsom’s restrictive approach to curbing the virus.

Did Newsom take a more restrictive approach to managing the pandemic than other governors? Why has so much anger been directed at him?

Definitely, he instituted the country’s first statewide stay-at-home order last March and then another set of regional stay-at-home orders in early December last year – based on intensive care unit capacity in different regions of the state. Earlier, he angered some residents in Orange County by temporarily shutting down beaches that got too crowded.

Newsom was also repeatedly sued by advocates for religious freedom because of his early restrictions on church services, and he lost some of those cases at the Supreme Court. The recall has also drawn a broader base of support, in part, because so many business owners believed Newsom’s restrictions were economically crippling and sometimes arbitrary.

West Coast school districts have also been slow to open, despite Newsom’s efforts to accelerate reopenings. Newsom became the most visible target for all of that anger.

Why was his visit to French Laundry in Napa Valley such a big deal?

There’s nothing voters hate more than hypocrisy from their leaders. And to his opponents, Newsom looked both hypocritical and elitist when he attended the 50th birthday dinner of a longtime friend, who is a lobbyist, at the Michelin-starred French Laundry last November. At the time, he was urging residents to stay home and avoid social gatherings with people outside their household.

To a lot of Californians who were already frustrated with the restrictions, it appeared that Newsom was playing by a different set of rules when he visited the restaurant. He has apologized repeatedly, including during a recent interview with CNN’s Jake Tapper who bluntly asked him: “What were you thinking?” Newsom said, “I haven’t made a mistake like that before or since.”

Who’s behind the recall effort?

The lead proponent of the recall is a retired county sheriff’s office sergeant named Orrin Heatlie, who was joined by 124 others in submitting the petition. His grassroots group, California Patriot Coalition – Recall Governor Newsom, focused heavily on signature gathering and worked closely with another group called Rescue California.

What are the key metrics to watch to determine whether the recall will succeed or fail?

It’s important to remember that Democrats now outnumber Republicans by nearly two-to-one, giving Newsom a built-in advantage at the ballot box – if he can get Democrats to turn out and defend him. After the holidays, when anger about the pandemic in California was at a boiling point, about 52% of likely California voters approved of Newsom’s job performance in a poll from Public Policy Institute of California (a dip from 64% last May).

But in order for a recall to proceed, 50% of California voters must vote for it. In that poll released in February, only 43% of likely voters disapproved of Newsom and that number may improve as more people get vaccinated and the virus recedes. By comparison, some 7 in 10 voters disapproved of Davis shortly before he was recalled with 55% of the vote.

If the recall qualifies, who should we expect to run to replace Newsom?

There are likely to be more than 100 names on that list – if not hundreds of names – because the requirements for getting on the ballot are not expected to be very difficult to meet. The most prominent Republicans in the mix are Newsom’s former opponent, John H. Cox, whom Newsom defeated by about 24 points in 2018, and former San Diego Mayor Kevin Faulconer.

Richard Grenell, the former acting director of national intelligence to former President Donald Trump, also teased a potential run during a recent appearance at the Conservative Political Action Conference in Orlando, which could excite Trump voters in California.

(Both Cox and Faulconer plan to challenge Newsom when he’s up for reelection in 2022). Given the inexpensive filing fee and the expected low bar for entry, the list could become a pretty wild cast of characters.

What is Newsom doing to stop the recall?

For starters, after largely shrugging it off and focusing on his duties as governor, he’s now pivoted to a more engaged posture – doing a series of press interviews to trying to define his opponents.

Democrats launched a new effort – Stop the Republican Recall – the day before signatures were due earlier this week, and Newsom has referred to the recall proponents as “anti-mask and anti-vax extremists” and “pro-Trump forces who want to overturn the last election and have opposed much of what we have done to fight the pandemic.”

President Joe Biden opposes the recall, along with many California Democrats in Washington. As Newsom focuses on getting Californians vaccinated in the coming months, expect to see many prominent Golden State Democrats forcefully defending his record as governor as they work to redefine his image.

Newsom’s current strategy was encapsulated by his March 15 tweet: “I won’t be distracted by this partisan, Republican recall – but I will fight it.”