How To Get Rid of Appendix?

Appendicitis is the blockage in the lining of vermiform appendix which causes inflammation. It is one of the most common emergencies in the world. Vermiform appendix is a worm shape, blind end tube which is located at the tip of the cecum. Cecum is a hollow sac like structure of the large intestine usually located at the intersection of small and large intestine. Blockage in the lumen of appendix can cause appendicitis.

The human appendix is about 9cm in the length but it can be range from 5 to 35cm in length while in diameter it is 6mm. If the diameter is more than 6mm, it’s a sign of inflamed appendix. Appendix is located in the lower right side of your body, near right hip bone.

The root of the appendix is located below the ileocecal valve. Ileocecal valve separates the large intestine from small intestine. Appendix is attached to the mesentery through a small region of mesocolon called mesoappendix. At the opening of the appendix there is a semicircular fold of mucous membrane which is known as gerlach’s valve. In some cases appendix can be located in any area of the abdomen.

In some cases appendix may not be present in a person body but it is very rare. 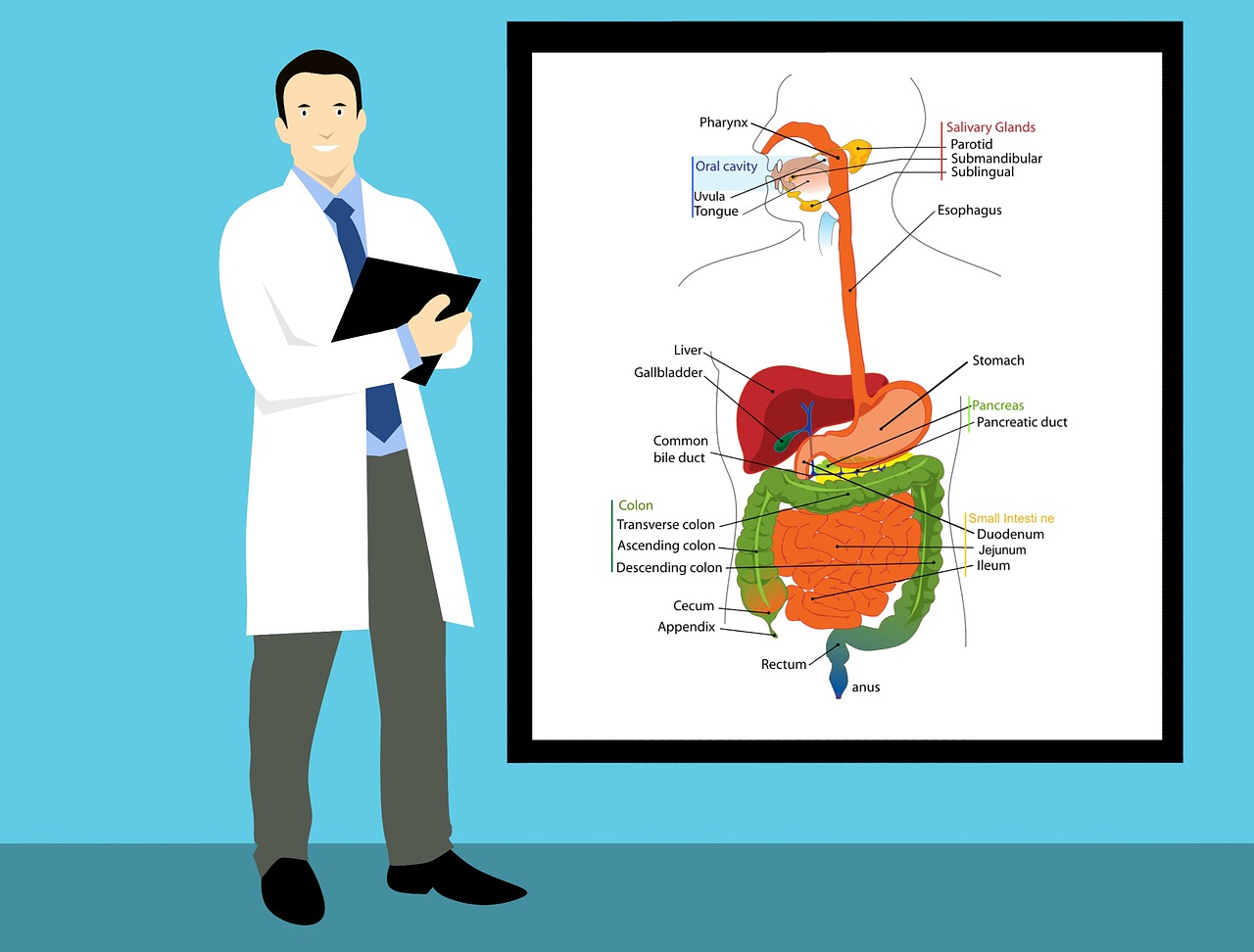 Appendix has a role in gut health:

Previously it was thought that appendix is a vestigial organ which means an organ which has no function in the body. In 2007 william parker and their colleagues proposed that appendix may act as a safe house for many useful bacteria which plays an important role in maintaining gut health.

The gut microbiome of human has approximately 100 trillion microbes in which maximal are present in our gut. In a healthy person gut there are 1000 different species of bacteria which belongs from mostly bacteriodetes phyla and firmicutes phyla. The human gut also comprise of viruses, fungi and archaea. The community of bacteria helps to repopulate the gut flora. Gut flora are the microorganisms which include bacteria, archaea and fungi, present in the digestive tract of human body.

When the gut is affected by any disease which cleans out the most of the good bacteria in the intestine, the probiotics in the appendix repopulate the GIT and maintain your health once the infection is gone and keeping the body bacteria both good and bad bacteria in balance.

Appendix has a role in immune system and lymphatic systems:

The appendix has been recognized as an important part of the mucosal immune function. Innate lymphoid cells found in the appendix is important by protecting against bacterial infection. The immune system is made up of lymphoid tissue which includes lymph nodes, bone marrow, gastrointestinal tract, and thymus.

The main symptoms of the appendicitis are;

The appendix may become inflamed and infected sometimes which results in a condition called appendicitis. It is often the result of abdominal illness that has spread to the tiny organ or obstruction that has blocked the small opening of the appendix. Blockage is occurs by;

The obstruction causes the bacteria in the appendix to grow abnormally thus the organ fill up with pus and become swell.

Irrespective of the cause, clinical assessment relies on the following scenarios stated below.

There is absence of any abnormality.

There is absence of any abnormality.

There is luminal neutrophils only with no mucosal abnormality.

There is a congestion, change of color, increased diameter and pus.

A transmural inflammation, ulceration, thrombosis with or without pus is present.

Likely cause of symptoms.

A transmural inflammation is present with necrosis.
Clinical relevance
An impending perforation is seen.

Perforated
Macro appearance
Visible perforation can be seen.
Micro appearance
It is not always visible in the microscope.
Clinical relevance
There is an increased risk of postoperative complications.

Pelvic/abdominal
Macro appearance
Mass found during examination.
Micro appearance
A transmural inflammation is present with pus.
Clinical relevance
There is an increased risk of postoperative complications.

The diagnosis of appendicitis remains a challenge due to varying symptoms and signs which may mimic other conditions. The standard treatment is the surgical removal of the appendix. So accurate diagnosis is necessary. For this purpose there are some techniques used;

Blood biomarkers are currently used for the diagnosis of the appendicitis especially in the children and women of fertile age and elder patients. It includes C- reactive protein, white blood cells count, procalcitonin and neutrophil count. All these inflammatory marker alone cannot identify appendicitis with high specificity and sensitivity.

Reliance on the ultrasound initially has become more guarded due to its moderate sensitivity and specificity. Usually it requires an experience operator which often unavailable out of hours and on weekends which limits its usefulness. It shows more accurate results in the children who normally has thinner musculature, having less abdominal fats as compared to the adult patients.

However image quality can be improved by using intravenous contrast material although visualization of the appendix can be better if oral or rectal contrast material is used. It can also be performed using low dose radiation.

MRI scan is widely used for the diagnosis of gastrointestinal disease. It creates magnetic fields to create images of the body and is considered safe imaging technique with no exposure to the radiation but few precautionary measures have to consider before MRI.

It is a useful technique for the diagnosis of acute appendicitis and treatment of abdominal pain even if there is no symptoms of appendicitis or appendix is normal on inspection. This procedure is suggested for pregnant ladies in the first trimester.

Difference between simple and complex disease:

Neither CT scan nor MRI can differentiate between perforated and non-perforated appendicitis.

Thus limits the ability of the clinician to objectively stratify patients.

Intravenous antibiotics are used to delay the onset of blood poisoning. A growing research has recently suggested that antibiotics may play a role in the treatment of acute appendicitis but this is still a controversial topic because treatment with antibiotics may fail.

The basic treatment of appendicitis usually requires the removal of inflamed appendix through a minor operation called appendectomy.

If appendix left untreated there is a higher risk that appendix will rupture. When the appendix burst it spread out bacteria and debris into the abdominal cavity.

There is no proven way to prevent appendicitis. Eating a high fiber diet including whole grains, fruits and vegetables may help in the prevention.

Following are the frequently asked questions related to appendicitis;

Is there any clear causes of appendicitis?

No, there is no single causes of appendicitis but have many possible causes vary person to person.

Can appendicitis be fatal?

Yes, appendicitis is an emergency if not treated on time it can be fatal.

Which person is most likely to develop appendicitis?

In United States there are approximately 250,000 cases of appendicitis each year. People between the ages of 10 – 30 years may develop appendicitis. Some studies show that men have slightly higher rate of appendicitis as compare to women.

Appendicitis is a condition that is very common in the modern world having minimum complications. Appendicitis is an emergency which need quick treatment, usually removing of the appendix through surgery.

Depends on the symptoms, appendicitis sometimes is treated with antibiotics. There are several ways to diagnose appendicitis which includes ultrasound, CT scan, MRI scan, blood and urine tests.

How to get rid of appendix