Bankai is an special ability of Genryūsai Shigekuni yamamoto, produced when zanka no tachi incorporates the full strength of Yamamoto’s flames into the blade.

The side of effects of Yamamoto’s bankai are extremely dangerous for himself and his opponent, no matter who the villain is, even till now soul Society hasn’t faced yamamoto bankai easily.

Zanka no tachi aka Longsword of the remnant fire, in it’s bankai form, the blades of zanpakuto takes the shape of ancient and worn katana, extremely lightened by flames.

Although, the Yamamoto’s bankai had extreme effect on weather conditions, like drying all the air and water out in it’s perimeter, increasing the temperature of that area within certain area. 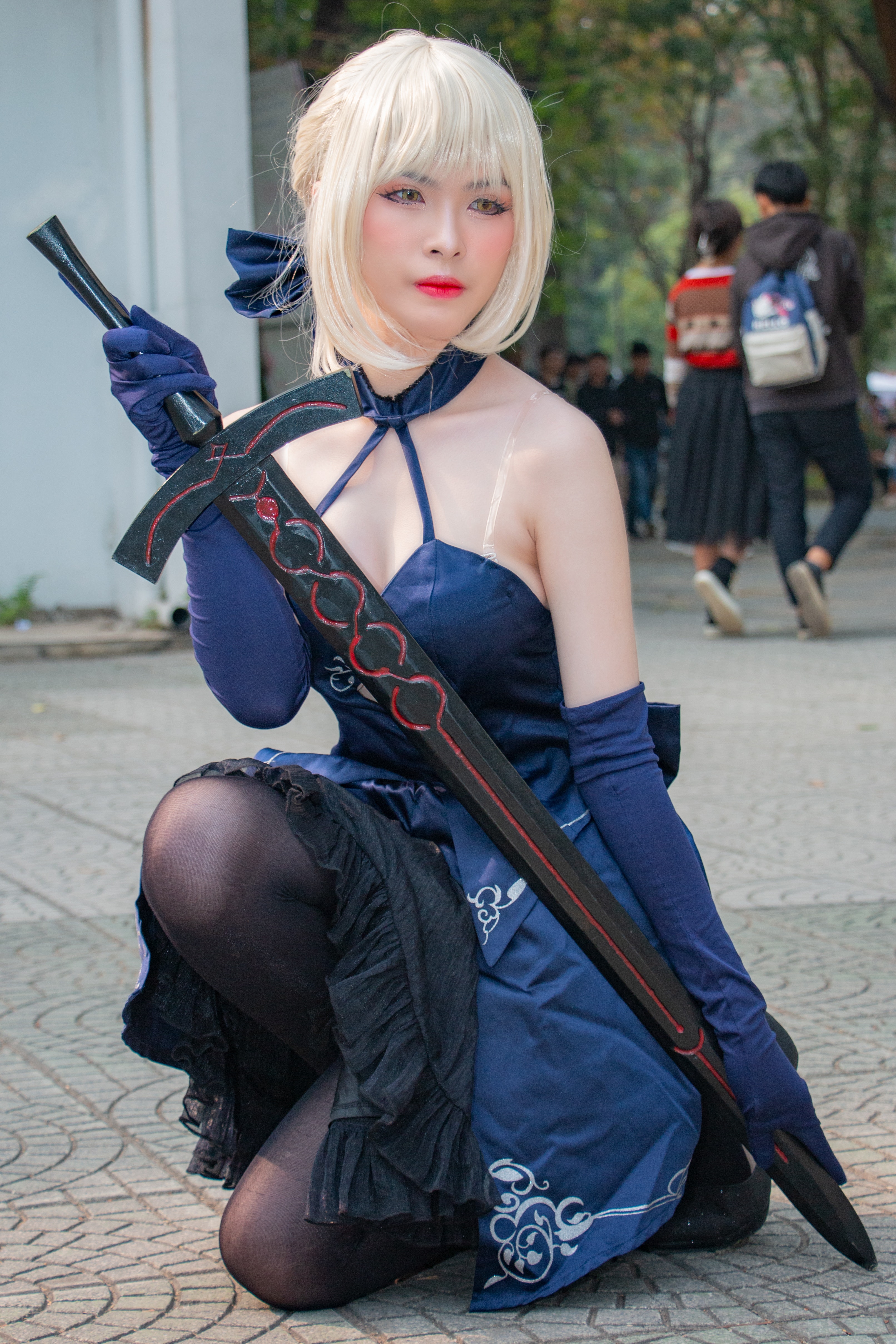 Yamamoto’s bankai is none less than a power, ability and skill of, in which he incorporates all of its energy/fire into his zanpakuto, resulting in zanka no tachi aka “ Longsword of the remnant fire” having capacity to burn himself and every person that comes in touch or even in his perimeter.

Bankai means in english “ final release” although the words in manga animation tv series “bleach” refers to the ability in which the blade of zanpakuto becomes too bright like hell. A phenomenon called (残火の太刀) zanki no tachi “ Longsword of the remnant fire”. 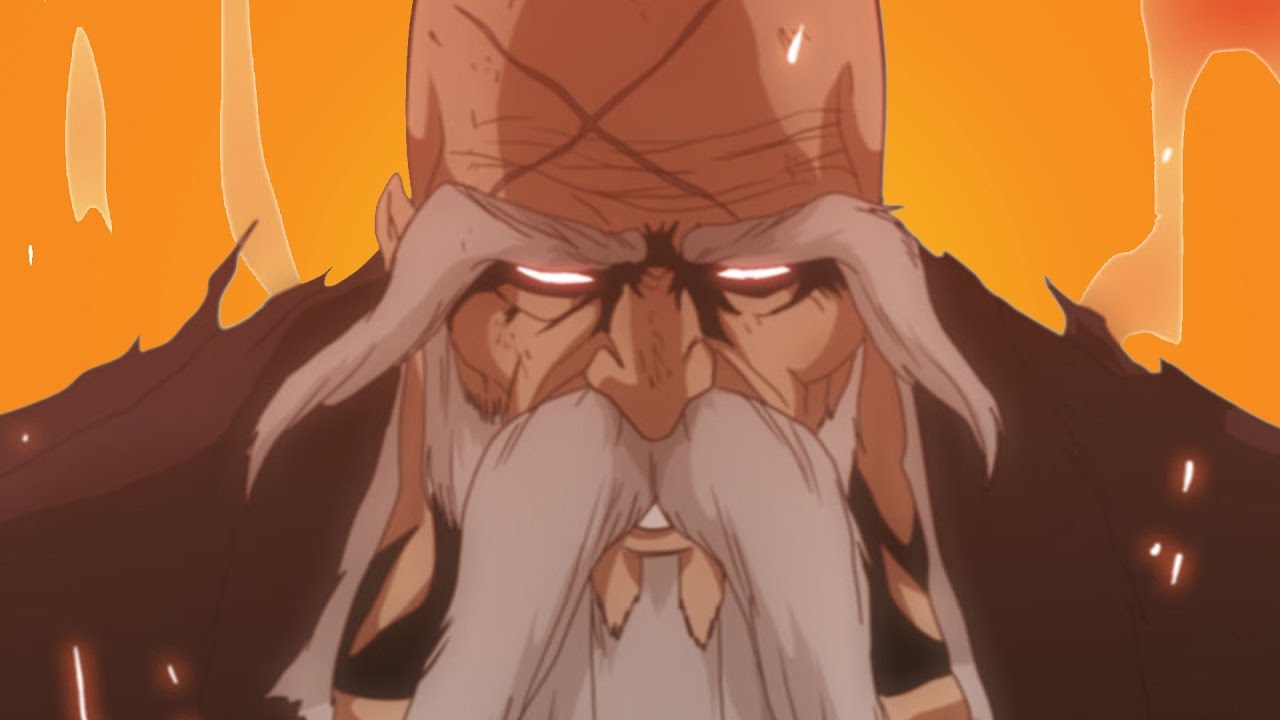 Yamamoto’s bankai upon activation, depletes all of Yamamoto’s fire into the zanpakuto blades, anything that touches the blade can burn and cut anything out of existance.

Even a human cannot survive bankai heat and flames, if remain long in Yamamoto’s bankai can die from exhaustion.

Bankai aka Zanki No tachi has the side impacts on atmosphere, like converting every liquid into vapours within it’s perimeter and can dry all the air of its surrounding resulting in exhaustion.

For a large amount of time, even soul Society wasn’t to tackle Yamamoto’s bankai and be destroyed.

Releasing of bankai by yamamoto wasn’t easy for him, it clads his body, and blade in the flames of the sun. He himself claimed that if he uses bankai for a long time it can destroy him too, along with his opponent.

Who is yamamoto in bleach?

Genryūsai Shigekuni Yamamoto ( In Japanese: 山本元柳斎 重國) himself is a teacher, instructor and founder of Genryū. He had been the captain – commander of all the divisions, later renamed as Gotei 13 under his supremacy.

He was also the captain of first Division and genji school head instructor. He had always fulfilled his duty with pride, honor and respect.

He chose Chōjirō Sasakibe one of his former student as a lieutenant, who was a perfect and promising Candidate for his post of instructor at genji school.

Although, Chōjirō made an oath and took swore on his allegiance to yamamoto to serve him as a lieutenant as long he could live.

Yamamoto was able to produce bankai in his early life, in starting he wasn’t able to handle the power of bankai, no matter what he do, bankai always harm him in anyway.

By time, he became trained and expert in controlling zanki no tachi.

In Bleach, what is Yamamoto’s bankai?

As the wielder of the most remarkable fire type zanpakuto to have at any point existed in soul society Ryuujin Jakha, authority Yamamoto’s Bankai Zanka no Tachi Aka Long sword, everything being equal, brings True Fiery damnation to earth.

With this bankai every one of his blazes become accumulated at the edge of his zanpakuto. Essentially his blade contains such an excess of warmth that it disintegrates all matter upon contact.

In this ground-breaking state, Yamamoto likewise can call forward the dead assemblages of anybody he has at any point burned with ryuujin jaka to battle for him as a multitude of undead.

At long last, when yamamoto enacts his bankai, his body is immersed with a red hot reiatsu as warm as the suns surface.the flares are not obvious to other people but rather the warmth is genuine as it makes the whole climate of soul society evaporate and free the entirety of its dampness. 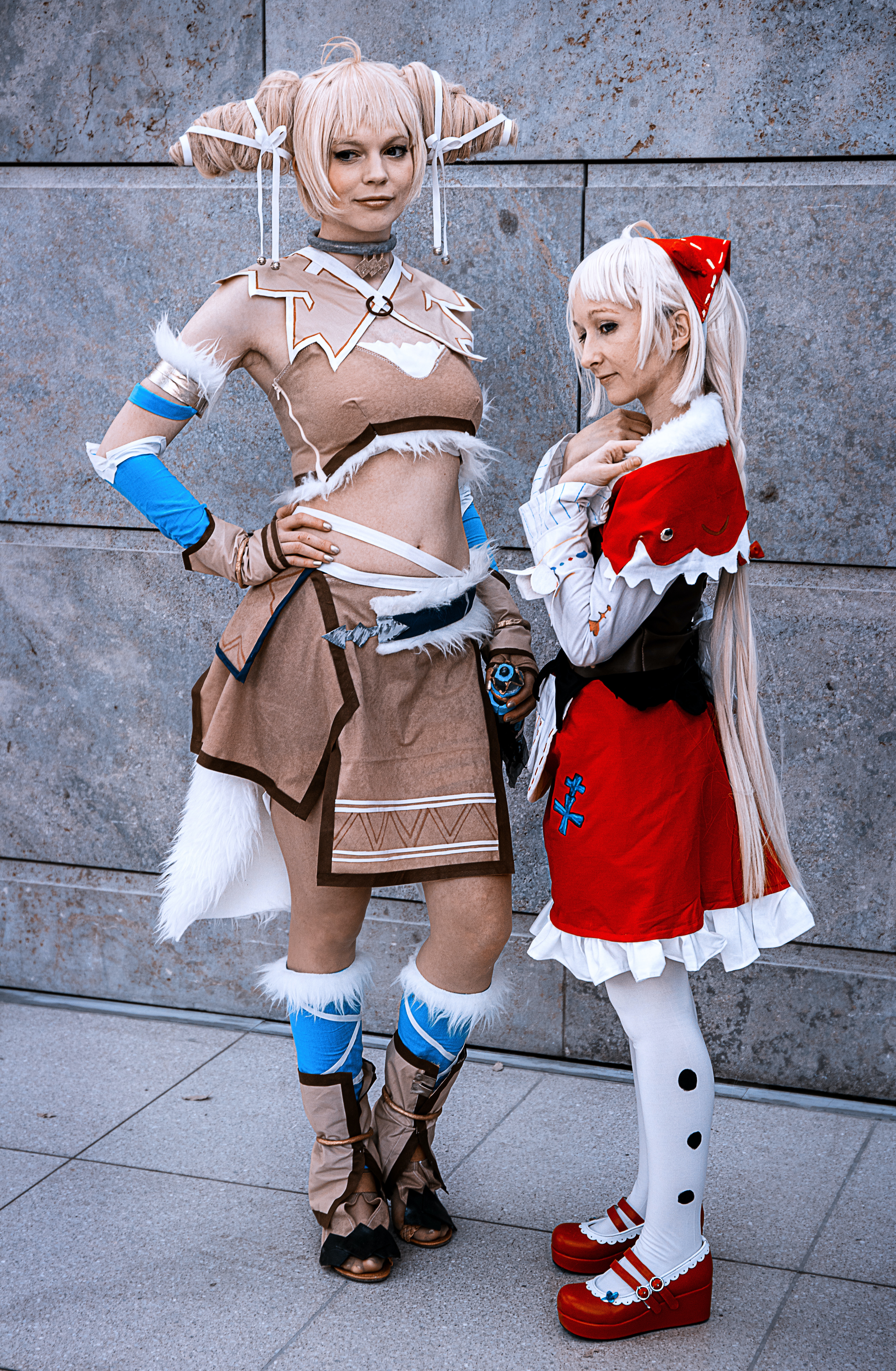 His body turns out to be hot to the point that sweats are disintegrated before they can arrive at his skin. It is said that his environmental factors would be scorched to cinders on the off chance that he would stay in his bankai state for a really long time.

Yamamoto – how can he looks

Yamamoto’s appearance is that of a solid and incredible fighter with a face that has seen incalculable fights. Despite the fact that solitary remaining at a small 5’6” tall, his body has been solidified by war and can be obviously seen by the lines all over.

By and large, Yamamoto shows up as an old samurai with dark hair folding over the sides of his head and thinning up top at the top. His hair is longer on the back and integrated with a braid to additional improve his eastern impacted conventions.

To oblige his matured appearance is a couple of thick dark eyebrows and a thick, long dark mustache that dips under his jawline. His face seems matured with various lines that run under his eyes, shallow cheekbones and squared jaw.

Under his standard dark robes of a Shinigami, Yamamoto has a strong build shrouded in various scars. Truth be told, the scars that litter his body are a brand name of his and frequently utilized as a methods for initimidating his adversaries.

The most observable scar is the one running askew down his temple over his correct eye. It is as of now obscure how he acquired such an imprint yet it has procured him the moniker “Eijisai” because of its shape.

While filling in as skipper, Yamamoto wears a white sleeveless haori with his division’s emblem wielded on the back. He commonly conveys his blade got into the white band folded over his midriff.

Yamamoto’s loyalty and fear towards bankai

Yamamoto is extremely faithful to Soul Society and pays attention to his obligations very, anticipating the equivalent from the remainder of the Gotei 13. His dedication is extraordinary to the point that he will forfeit himself and the Gotei 13, trusting it to be their obligation to set out their lives for the Soul Society if vital.

He isn’t above disposing of his own shinigami in the event that they were at any point to deceive him, and in his earlier life has conflicted with a portion of the chiefs withing the Divisions.

Seen as a man of force and strength with a stellar character, its hard to see a gentler, and even powerless, side to him. He has referenced that there are minutes where he fears his own force, specifically the force of his Bankai.

Yamamoto has even depicted himself as a beast or evil spirit who’s force can lessen the whole Soul Society to debris. All things being equal, he has decided to not utilize except if considered totally significant.

Preceding establishing the Divisions, Yamamoto was the “Genryū” Founder and “Genji School” Head Instructor. Yamamoto was himself an educator at this foundation and by and by taught Shunsui Kyōraku and Jūshirō Ukitake.

On different events Yamamoto would get the youthful Shunsui Kyōraku sneaking into his room. On one specific example, he reproves the kid for doing as such. Shunsui gets some information about an image showing a dim outline among a field of fire.

Yamamoto clarifies that the image was of a beast that showed up in Soul Society quite a while past. That it had showed up when Soul Society was confronting a troublesome circumstance and that the beasts appearance exacerbated things.

He at that point expressed the beast will not return, when Shunsui inquired as to whether the beast returns. Yamamoto addressed that he presumably wouldn’t return.

A shinigami of relentless reliability and conviction, Yamamoto addresses genuine equity inside Soul Society. Generally considered as the most impressive shinigami of that time, he battles for the harmony and security of his reality and will do whatever takes to safeguard that life.

As the chief officer of The Divisions, Yamamoto is profoundly regarded by the vast majority of the Shinigami, and similarly dreaded by his adversaries. Preceding turning out to be chief officer he was known as a ruthless executioner without sympathy for those that would remain against him.

An illustration of this is the point at which the Shinigami drove a full scale battle to obliterate the Quincy, despite the fact that they were viewed as partners, on the premise that they were a danger to the strength of Soul Society. Yamamoto observes the laws and guidelines of Soul Society exactly, and anticipates that his comrades should do likewise.

He isn’t a man to endure disobedience, and is vocal with the individuals who endeavor to act in such a way. He rushes to outrage in confronting a potential disloyalty, and can be very forceful in battle. Because of long periods of involvement, Yamamoto seldom gives any indication of trouble or shock, as a rule reacting by opening a couple of his eyes, which are halfway shut cuts for most of the time.

During Yamamoto’s time as an educator, Sasakibe regularly visited him, continually alluding to him as “Eijisai-dono”, a reference to the enormous scar on his brow, in spite of realizing that it irritated him. He demanded that it is inappropriate to utilize Yamamoto’s genuine name.

During one of his visits, Sasakibe revealed to Yamamoto that he wished to be his correct arm and make up for anything that Yamamoto couldn’t do. Yamamoto advises him to turn into a teacher however he declined. At Yamamoto’s command, Sasakibe attempted to vanquish him with his Bankai.

In spite of the fact that he neglected to overcome him, he left a lasting scar on Yamamoto’s brow, crossing his prior scar. Others started to allude to him by an alternate name because of the new scar, yet Sasakibe would not do utilize this new name. Subsequently, Yamamoto chose to call himself Genryūsai.

As founder of divisions

Sooner or later, Yamamoto established the Divisions and roughly 1,000 years before the principle storyline, he turned into its first Captain-Commander.

This establishment was conformed to the time that he drove the shinigami against its once partners, the Quincy. Driven by its ground-breaking King, Yhwach, the two rival sides faced a bleeding conflict that brought about the passings of thousands, and in the end prompted the slaughter of the Quincy, dissipating them all through the universe of the living, and Yhwach’s vanishing.

Some time after the Divisions origination, Yamamoto scoured Soul Society looking for likely enlists to fill in the places of chief inside the 13 divisions.

It was said that during this time, Yamamoto battled against Ieyasu Tokugawa whom he considered his equivalent and their fight attacked the land and for all time scarred the territory.

The outcomes left Ieyasu as the Captain of the seventh Divisions, albeit the two seldom address each other outside of formal gatherings and function.

Yamamoto is an character of bleach manga animation series, in which he is portrait as old ninja warrior. He is shown as an most powerful shenigai among all soul Society members.

The reason that, why Yamamoto is the most powerful among all soul Society members, is his special ability called bankai aka Zanki No tachi.

Yamamoto’s bankai is the most powerful weapon of yamamoto, which can destroy anything in it’s perimeter. If the bankai is held for a long time, it can destroy even yamamoto himself.

In bleache’s of one of the episode yamamoto ones said himself that not only his enemies fears about his bankai aka Zanki No tachi, he himself fears from bankai.

Yamamoto’s bankai is an ancient power produce by some specific peoples that have courage to hold the fire, so that he may not end up killing himself.

Yamamoto’s bankai is an ancient power produce by some specific peoples that have courage to hold the fire, so that he may not end up killing himself.