The name is diphosphorus pentoxide.Binary compounds with oxygen in them have oxide as a last name.The first name is phosphorus.We give the numbers of each atom:di (=2) phosphorus penta (=5) oxide, which means: 2 phosphorus together with 5 oxygenThe a of penta is omitted when it comes before o as in oxide. Often the di- is also omitted (as the other compound also starts with di-), and it is called just phosphorus pentoxide.Extra :An older name would be phosphoric oxide, P_2O_5, as opposed to phosphorous oxide P_2O_3, which is the other possibility.The systematic name for P_2O_5 is phosphorus(V) oxide. The numeral V signifies the oxidation number of phosphorus, which is +5.In the same way P_2O_3 is called phosphorus(III) oxide, as the oxidation number of phosphorus is +3. 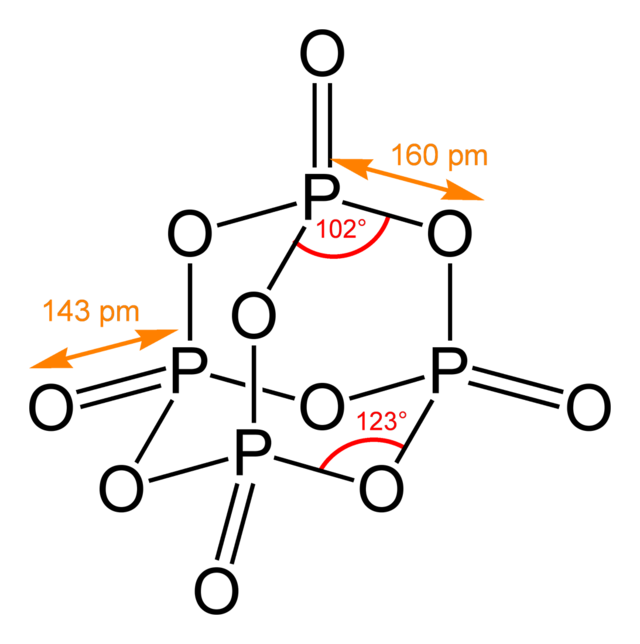 enter640×644
For its avidity of water, it is one of the most powerful known dehydrating agent.