Yarn pom poms are great on their own and they’re perfect for various knitting and crochet projects. They’re really easy to make and there are lots of different methods (and products) you can use to make them.

This is the way I’ve come up with that is cheap and easy, leaves you open to any size, and doesn’t require you to cut yarn off your ball to wrap them.

In the last few steps, I’ll also show you how to make the pom pom fluffier and how to do a multi-colored pom pom.

Here’s what you are going to need to make your pom poms.

Don’t want to deal with all of this? There are lots of pom pom making products to make it super easy on you. I have never tried any so I don’t know how well they work. 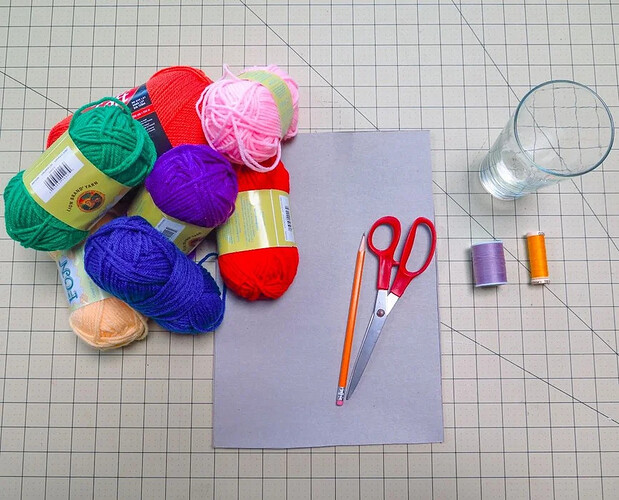 First you need to cut out the cardboard for something to wrap your yarn around. A popular shape for this is a donut, but I find that a little inconvenient since you will have to cut the yarn off your skein to do this. My solution was to make a cut donut.

The folds may annoy you and you can cut them off entirely if you want, but I find them handy for holding the yarn on while you wind it, and also you can fold them down when you go to cut the yarn which keeps the pieces from falling off. 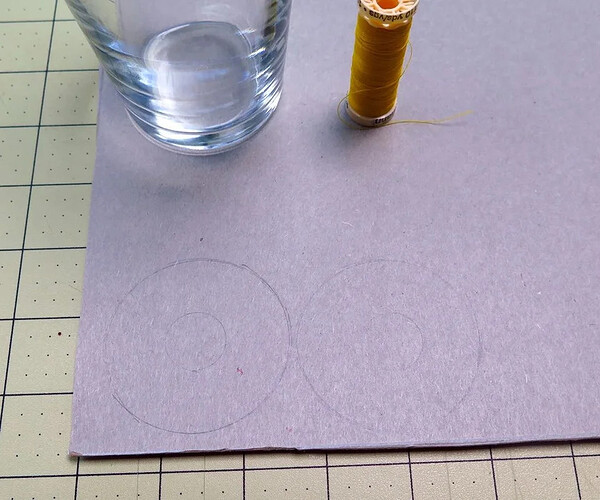 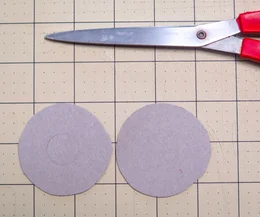 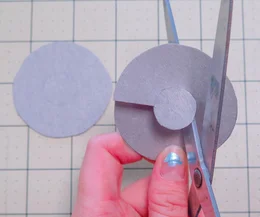 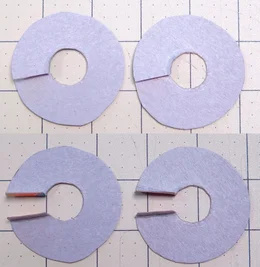 Time to wrap the yarn!

Put your pieces together so the flaps face out on both sides.

Now wrap. Just keep going and try to keep it as even as you can. If you have big bulges, you are going to have longer pieces that will just have to be trimmed later, but it isn’t too big of a deal. It is hard to wrap the yarn near the ends, so it might be easier to stay more towards the middle like I did. 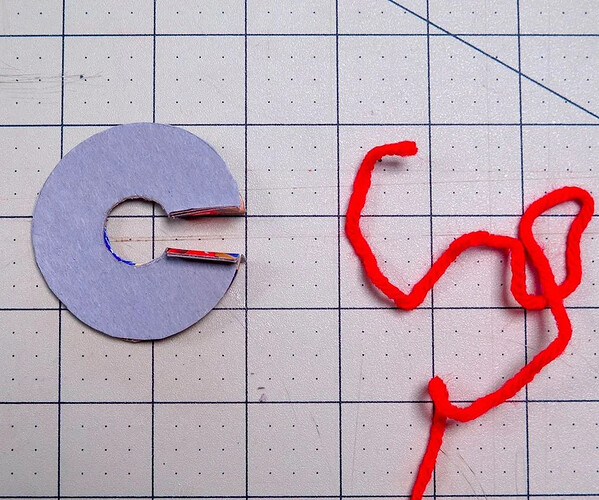 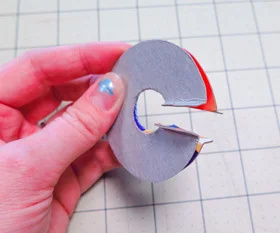 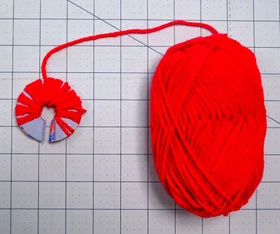 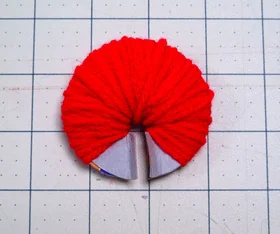 Time to cut all your yarn!

Go along the edge of the cardboard and just start cutting.

After all of the yarn has been cut, take another piece of yarn and wrap it around your pom pom going between the pieces of cards board.

Tie it up! I liked to tie two knots on one side, then wrap the yarn around to the opposite side and tie two more knots. You won’t see them so you probably can’t knot it too much.

Trim off the excess yarn and try to make it as circular as you can (it will be uneven).

As you can see from the last image, the pom pom should have pretty much the same diameter as your cardboard circle. 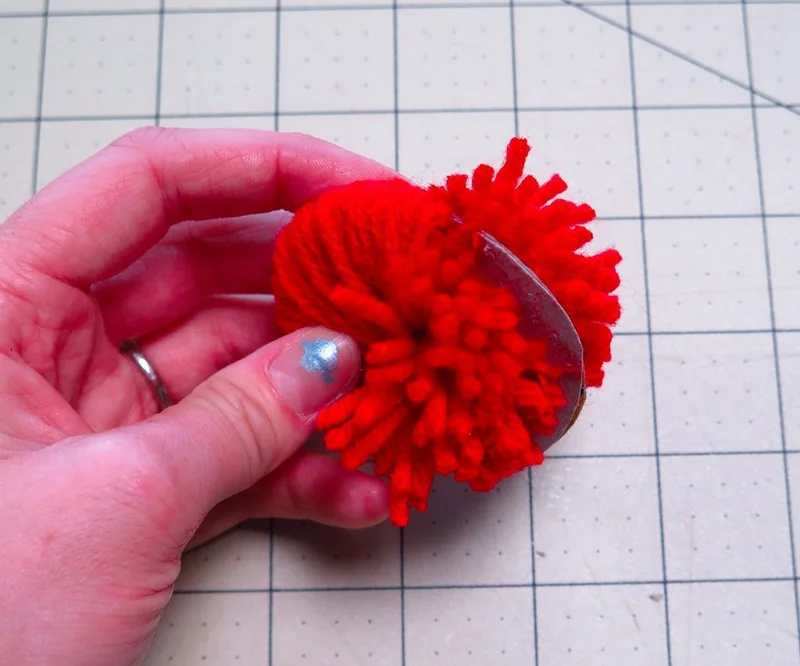 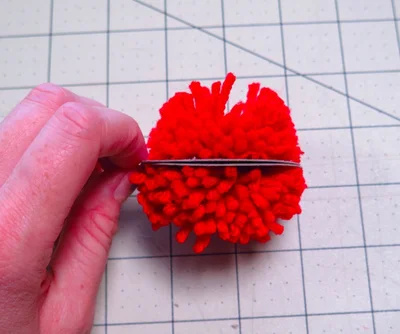 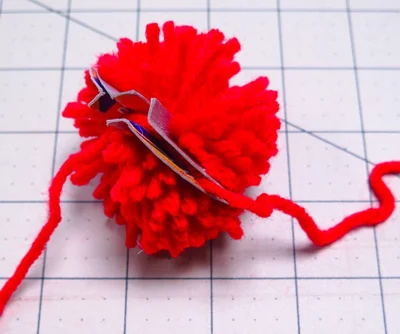 You can see what my cardboard pom pom maker looked like after making 7 pom poms. Mine mostly got beat up because I kept clipping it with my scissors. 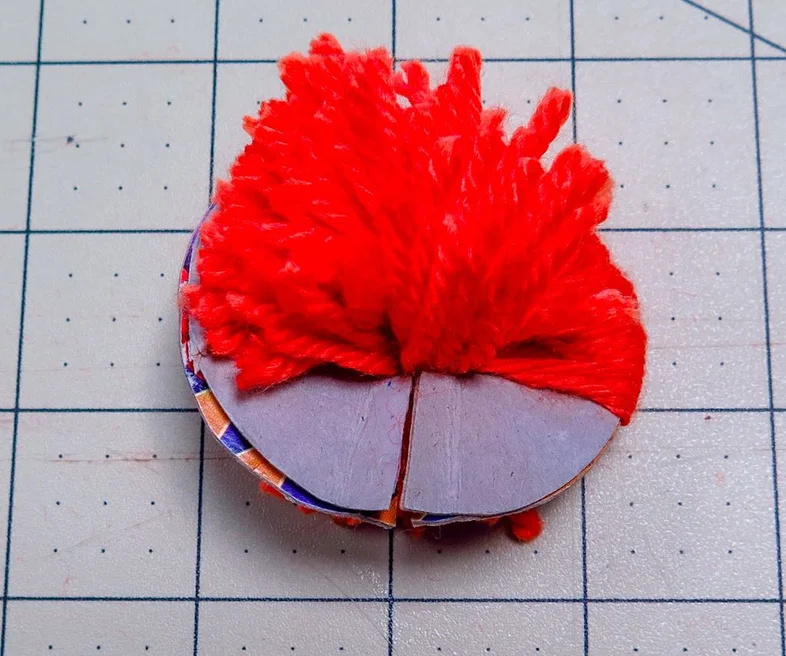 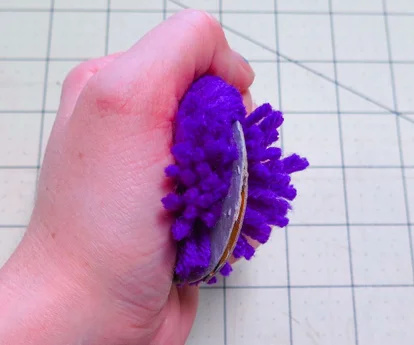 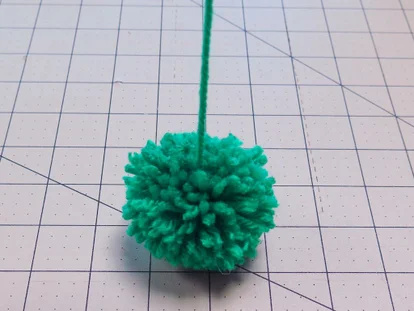 Step 6: How to Make a Pom Pom Fluffier

The best way to do this is to take an old brush that you don’t care about (though, it is pretty easy to pick the fluff out when you are done). It is also good to use a brush that doesn’t have little nubs at the end of the bristles. Those nubs will just get in the way of catching on the yarn.

Hold the pom pom tightly in one hand and start brushing with the other. If you brush hard you could pull out some of the yarn pieces, but if you grab it good enough, you shouldn’t have that problem. Just keep rotating the pom pom in your hand and try to brush all over so it is fluffy all over the outside.

If you look inside the pom pom after you are done, you’ll probably notice that the yarn strands are still pretty intact, but the outside of the pom pom should be nice and fluffy now. 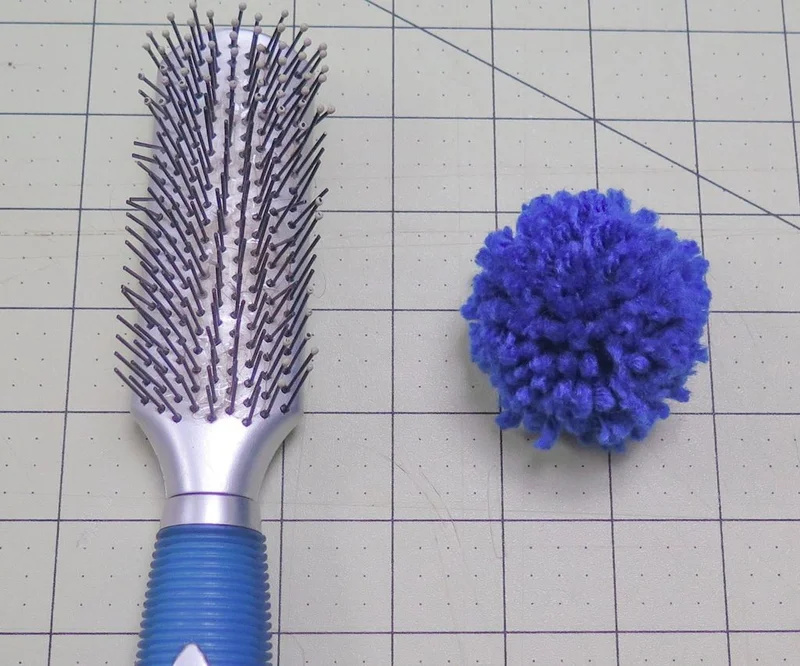 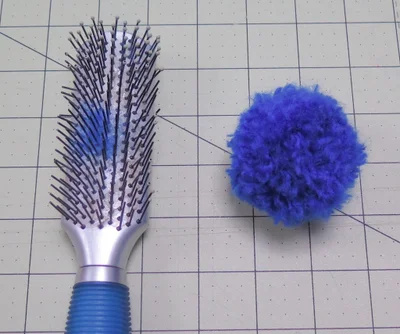 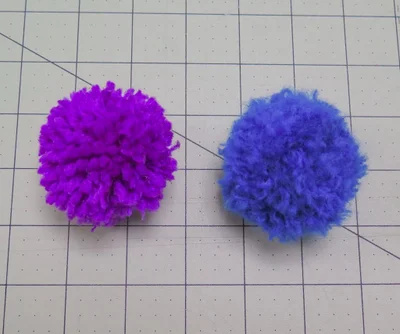 Step 7: How to Make a Multi-Colored Pom Pom

It’s really easy, just wrap two (or more) colors of yarn at the same time. Wrapping them together ensures you’ll get a more even distribution of the colors throughout the pom pom. Also, the more colors you do, the less times you’ll have to wrap since you’ll be wrapping more than one strand at a time. 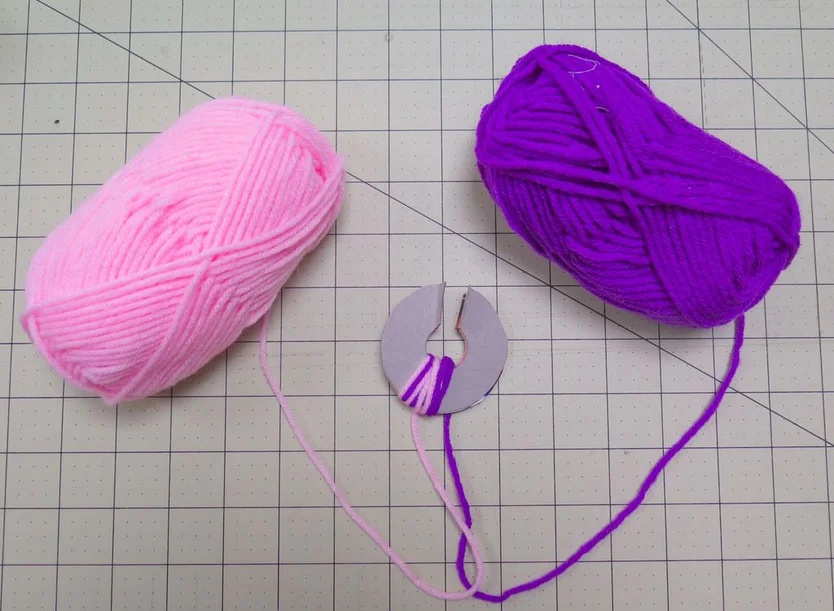 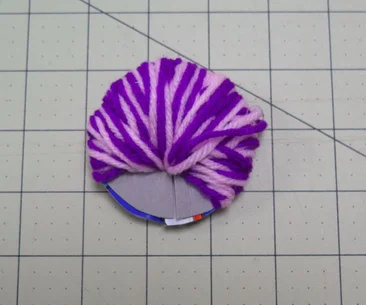 They’re fun to make and they’re just so soft and cute! I couldn’t help making them in all colors. 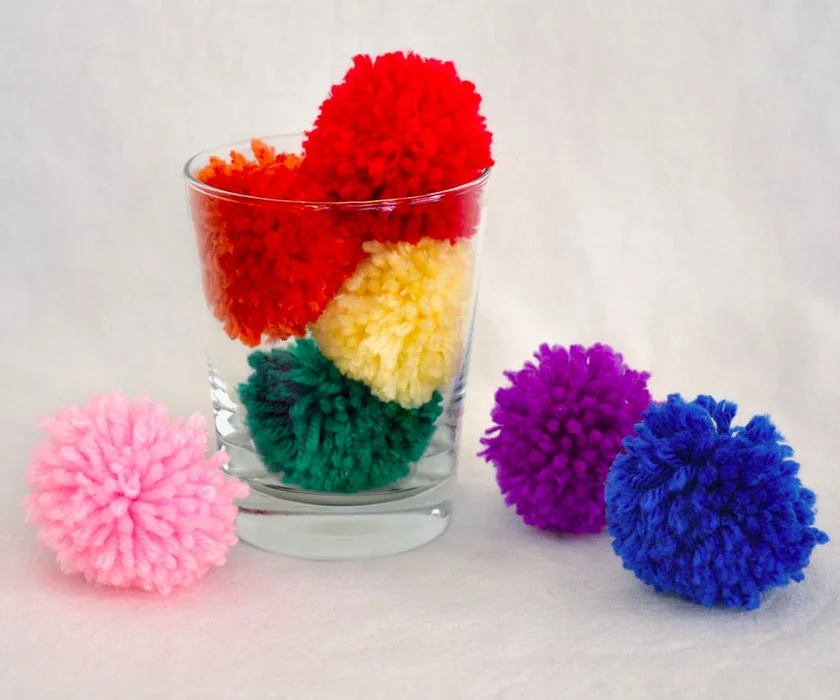 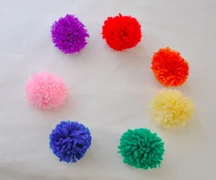 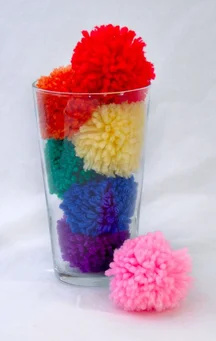 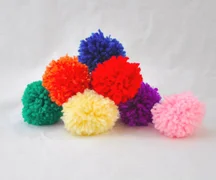