How to Make a Pallet Bed

I found a pallet bed on Pinterest and thought it would be a cheap & easy project (for me) to put together for our daughter’s new bedroom. Turns out she was right.

The one problem that I had with this project is that I live in eastern Idaho and it’s late December.

Apologies if some pieces of this don’t make as much sense, this is the first one of these I’ve done from a mobile device and I tend toward ADD. 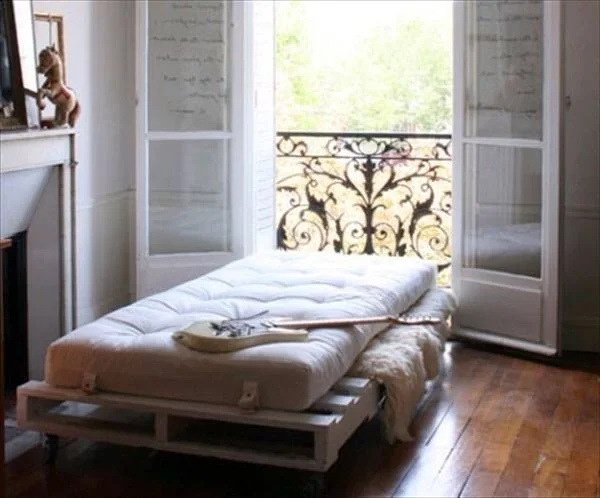 I tried to find 4 identical pallets at local businesses without success. I finally gave up and bought four #1 pallets from a local refurbisher. The pallets cost a total of $28.

Everything else I picked up at Home Depot and a local hardware store. 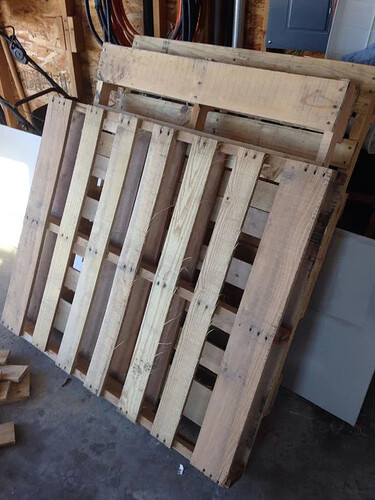 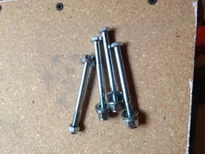 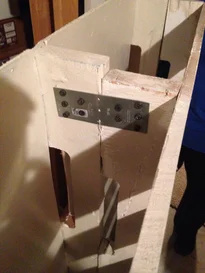 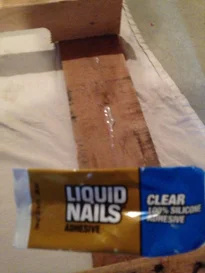 I decided on a double stack design for the bed as I wanted to be able to add drawers later. I’ll have space for 8 drawers.

I cut the top boards off of 2 pallets and the bottom boards off of the other 2. I started with a circular saw but some of the ends of the boards didn’t want to stay on the pallet. So we had to pull the nails and boards off. This is not easy. Pallets are made to stay together. 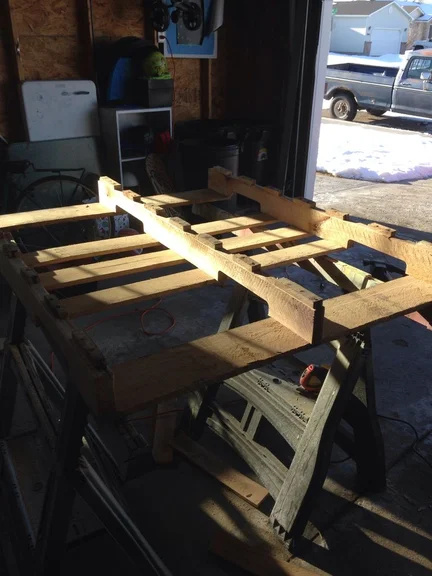 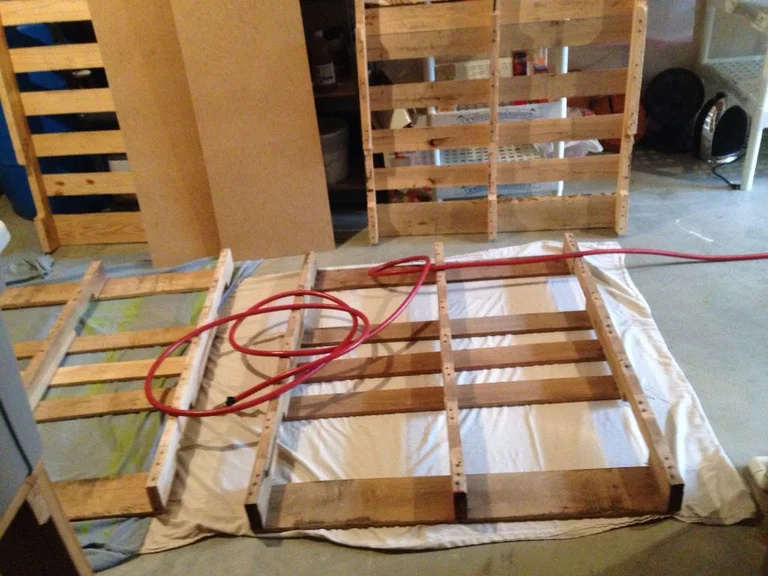 The pallets by themselves are not well set up to handle sliding drawers. I thought a base would be helpful to allow the drawers to slide and would be easier to do than adding drawer slides. I considered adding slides but realized that the pallets are not square and it would take a lot more effort than I was wanting to put into the project.

I went to Home Depot and had them cut me 4 48inch by 18 inch panels from a 4x8 sheet of hardboard. I glued them down to the bottom pallets and stapled them with 1/2" staples. 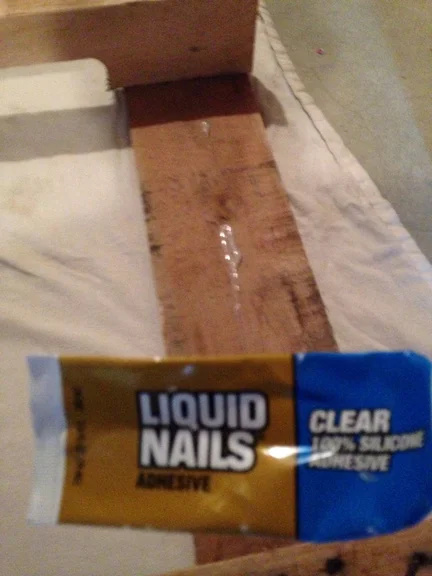 I did a couple of coats of semi-gloss white paint. Pallets are not usually made of furniture-grade wood and will need some sanding if you don’t like the rustic appearance.

Once the paint dries, it’s time to put it all together. 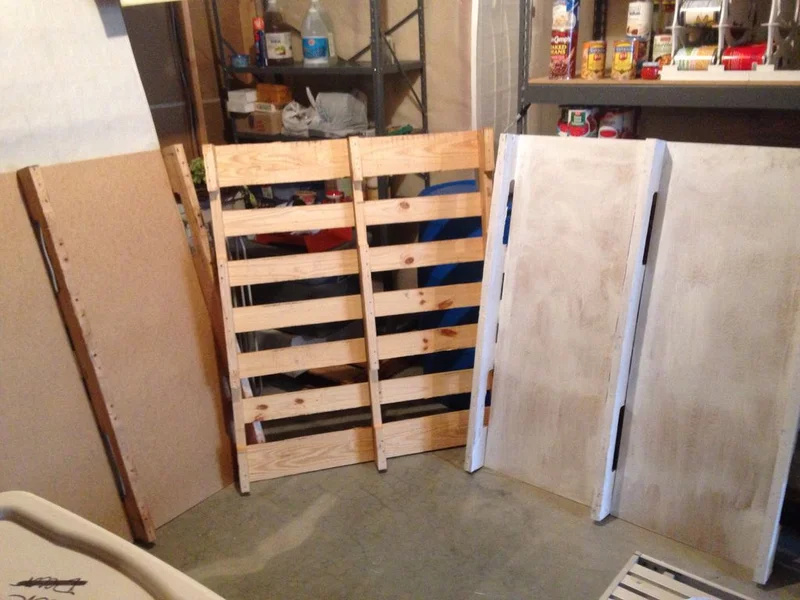 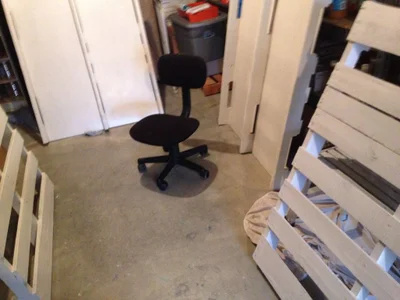 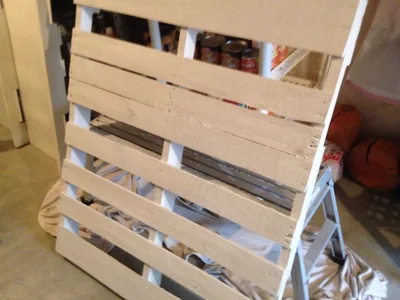 Pretty self explanatory. Tops go on bottoms leaving a void where the drawers will go. I fastened the tops and bottoms together with hurricane straps. Pieces of galvanized steel with holes in them for screws. I used about 10 screws per strap and used 8 straps, 4 on each side. When I was done with that, I bolted the two sets of tops and bottoms together with a 3" bolt. It turns out I could have used a 2.5" bolt and countersunk the head and nut to get a more seamless appearance, but alas, that would have involved another trip to the hardware store. And I was tired. 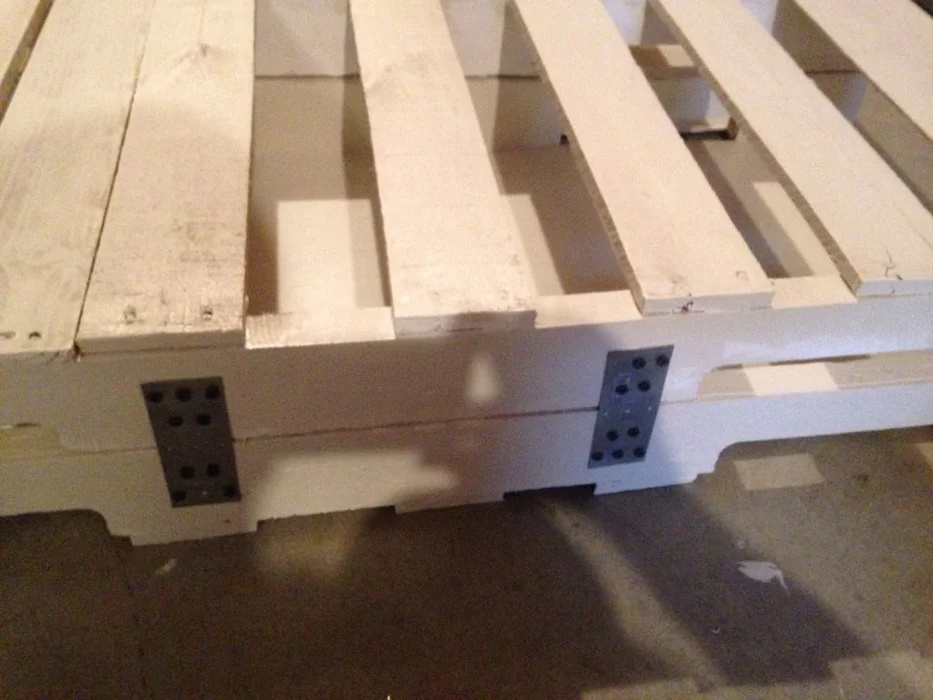 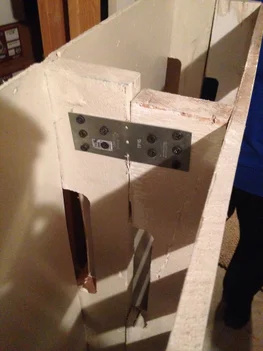 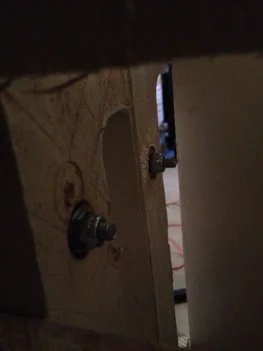 Here’s the final product. I should be able to get eight 18" wide by 6" high by up to 24" deep drawers. Or I might find some plastic bins or baskets of the correct size and use them. 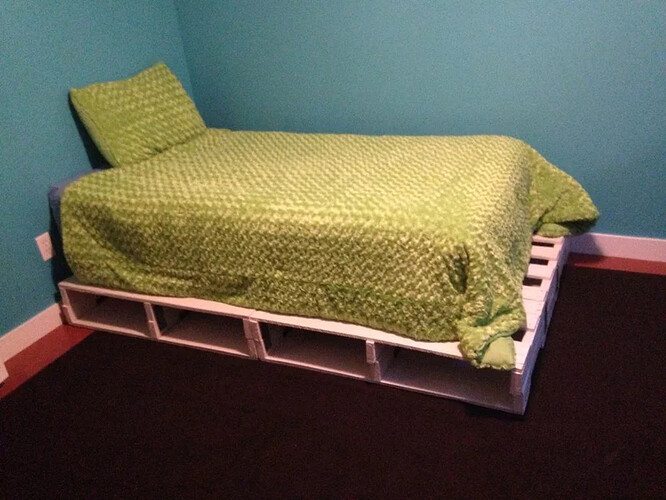