Mancala - How to Play MANCALA

The first in a series (well, I might not make the others… I’ll try to remember) known as “How to play…”. In this series, I will teach you how to play some popular and fun board games, as well as give you some strategy, which makes it different from the poorly worded, unillustrated sheet of paper that comes in the box. Don’t forget to vote!

I will teach you how to play an age-old game called… MANCALA!!! 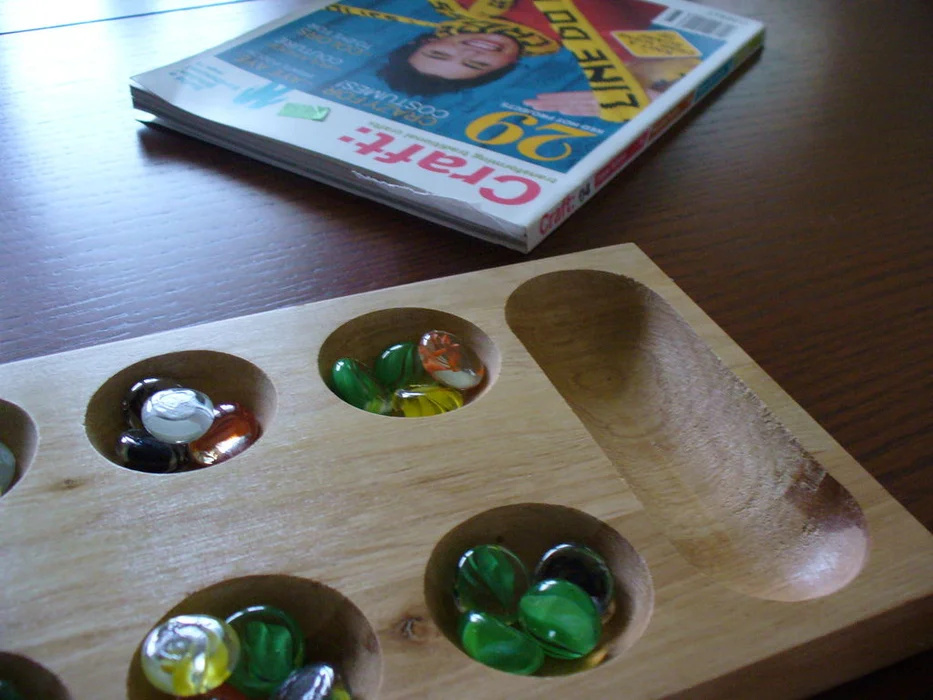 Step 1: Vocabulary and Set Up

Before the game begins, place the board between you and your opponent, long side facing you. You will see two rows of six “holes”, with a long “mancala” on each end. The board is divided into two parts: Your side and mancala, and your opponent’s side and mancala. Your side is the six holes closest to you, and your mancala is to your right. The same is for your opponent; their side is the six holes closest to them and their mancala is to their right.

To set up, place four “stones” in each hole, excluding the mancalas. This should total 48 stones. (A stone can be anything small; pennies, marbles, in my case some glass counters that came with the set). 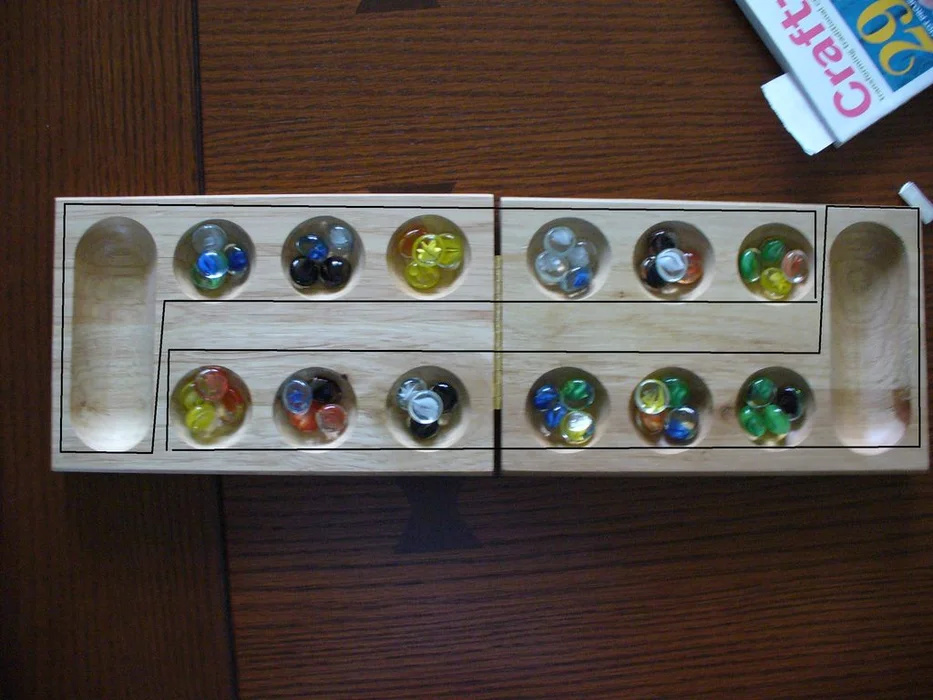 Mancala is really an easy game to play.

Really sorry guys, the image notes aren’t working on my computer right now, so sorry if the pictures are a little hard to understand. 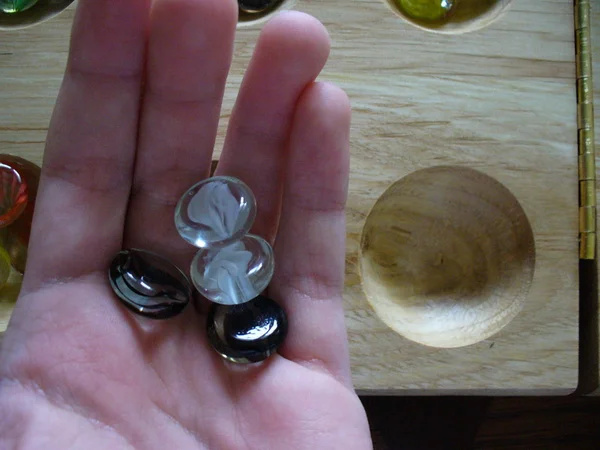 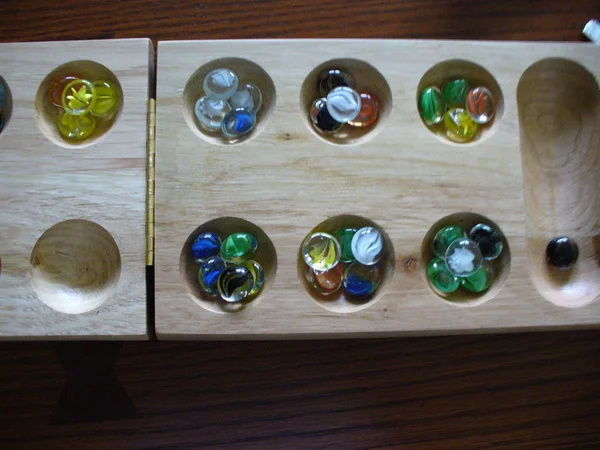 In this sample game, Player 2 is the first to empty his side, so his opponent puts all the remaining stones on his side in his mancala. After counting, we find out that player 2 wins because he has 27 stones in his mancala, and player 2 has 21. 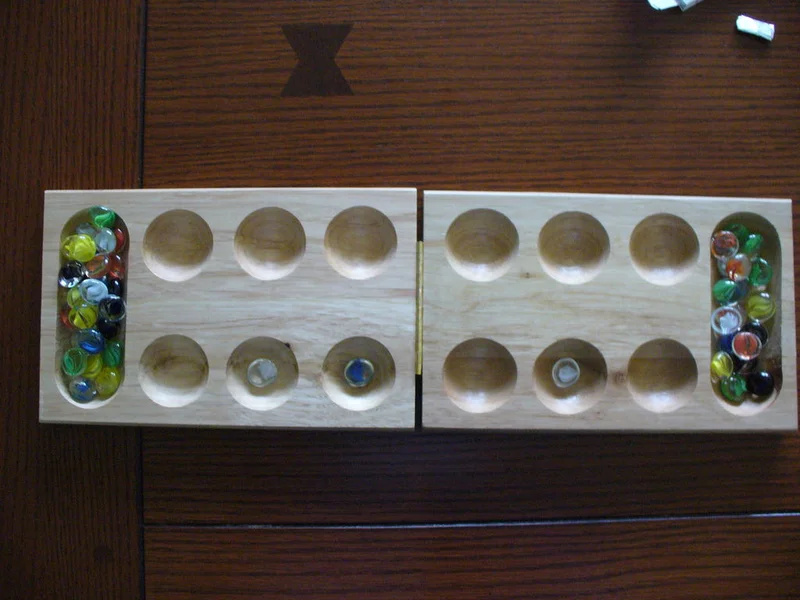 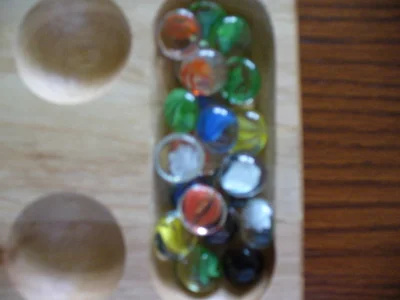 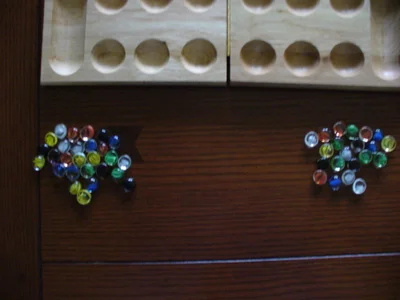 If, when dropping stones in holes, you drop a stone into your own mancala, and that is the last stone in your hand, then you get to go again.

If, when dropping stones into holes, you drop a stone into a hole that was previously empty, AND the hole is on your side, AND that was the last stone in your hand, you take all of the stones in the hole directly above, and place them into your mancala. 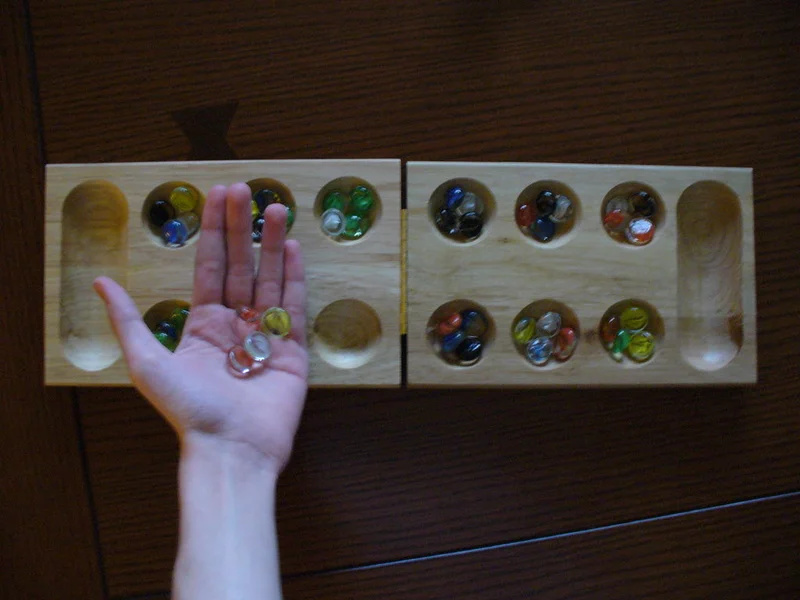 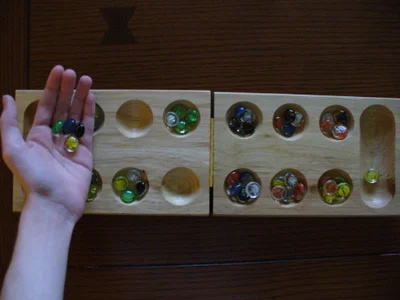 I hope you found useful. Expect more to come!

Now go out there and steal someone’s money, wife and car! Oh, and then beat them at Mancala

(Thanks to ducklemon for the joke!)