Canasta Rules - How to Play Canasta

Canasta is a very versatile and fun card game, but may seem intimidating to learn. This set of instructions aim to teach a novice player the game of Canasta.

Canasta is a game that can be played with four players who split into two teams. The game can also be played by three, or two, individual players.

Canasta is a great game for socializing with small groups of people, as a full game may last an hour or more. 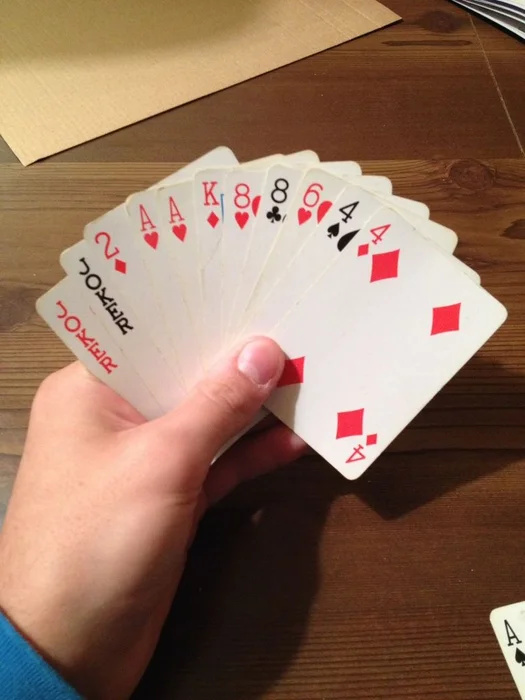 Step 1: Object of the Game

Canasta is played with two full decks of cards, including two Jokers from each deck totaling 108 cards.

The main object of the game is to outscore the opposing team, or players. Points are scored by forming melds - combinations of three or more cards of the same rank, with or without the help of wild cards.

A meld with at least seven cards is called a Canasta .

Without going into detail (these steps and terms will be explained later), here is a brief overview of how the game is played.

Step 3: Choosing Teams and the Deal

If playing with four players, two teams must be chosen, with each consisting of two players. Teammates will sit across from one another. If the game is being played with two or three players, no teams are formed, and each player is on his or her own.

The deck is shuffled by one player. After, the player who sits to the shuffler’s left deals 11 cards to each player, face down.

Note: When a new round is started, the player who dealt the cards in the previous round assumes the role of shuffler.

The undealt remainder of the deck is placed face down in the center of the table, creating a pile named the stock . The top card is flipped over, and placed next to the stock, starting the discard pile . If the initial upcard is a Joker, 2, or 3, one or more additional cards must be turned upon the previously flipped card until a natural card (4 or higher) appears.

If a player finds a red 3 (3 of diamonds or hearts) in his or her hand at any point during the game, the player must place the red 3 face up in front of them on the table, and draw a replacement card from the stock. Each red 3 has a bonus value of 100 points, but if one team, or player, plays all four red 3s, each card counts as 200 points, or 800 points in all. 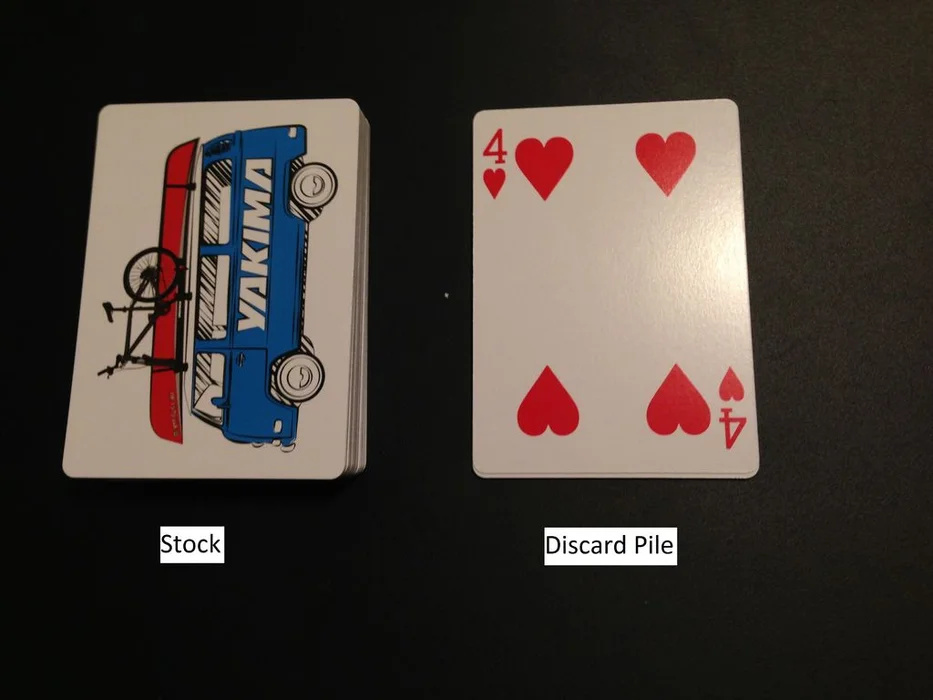 Step 4: The Cards and Melds

The point values of respective cards are assigned as follows:

A meld consists of a group of “natural” (Aces through 4s) cards with the same numerical rank, with or without the addition of wild cards. A meld is only valid if it has two or more natural cards, and no more than three wild cards.

A canasta is a meld that contains at least seven total cards.

A natural canasta is a meld that contains at least seven natural cards (no wild cards).

Important: To count as a positive score, a meld must be laid on the table face up during a player’s turn to play. The process of placing a valid meld on the table is called melding . All cards that are left in any player’s hand when a round ends count towards his or her score as negative points.

In order for a player to be able to place any meld or canasta on the table during his or her turn (after a card is picked up, and before a card is discarded), the player, or team, must be Open . In order to open, a player (during his or her turn) must place a meld, or melds, in front of him or her. In order to be allowed to open, the played card’s points must amount to a certain total point value (defined below) on the table in front of them.

Once a player (or the player’s team), is open, on following turns he or she may add to, or play new melds, without restrictions.

If playing on teams, only one player from the team must open, and all future melds made by the players on his or her respective teams will be placed in front of the teammate that initially opened. 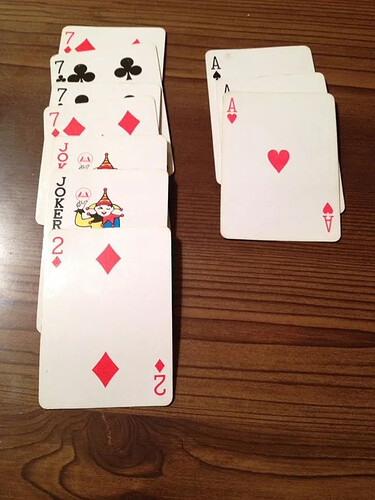 As stated previously, at the start of each player’s turn, the player always has the option of drawing a card from the top of the stock. However, if the player has the right prerequisites, he or she may pick up the entire discard pile and add it to his or her hand. If a player wants to pick up the discard pile, knowing if the discard pile is frozen , or unfrozen (both situations are explained directly below), is very important.

Important: At the start of every round, the discard pile is frozen against all teams, or players.

If the deck is intentionally frozen, the freezing discard must be placed on top of the discard pile, sideways.

Hint: A player may want to freeze the deck if he or she desires to discard certain cards that the opposing team may have already melded. Freezing the deck stops the opposing players from picking up a card that they have previously melded, because the opposing team, or players, will most likely not have two or more matching cards in his or her hand.

a) Creating a meld by combining two or more held, natural cards and the top card of the discard pile.

b) By melding the top card with one held, matching, natural card, and one wild card from his or her hand

c) By adding the acquired card to a meld the player (or player’s teammate) has already played on the table.

After playing the newly created meld, the player adds the rest of the discard pile to his or her hand, and may play additional melds while it remains his or her turn 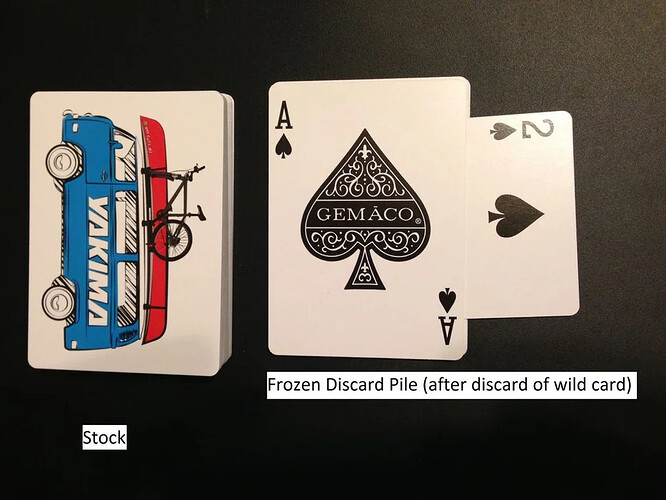 A player goes out , or gets rid of all of the cards in their hand, to end the current round. In order to go out, a player, or team, must have melded at least one canasta, or make one in the process of going out. Otherwise, the player must always keep at least one card in their hand.

Hint: Going out concealed can be a very effective strategy, as it will most likely catch the opposing team, or players, unawares, and leave them with a significant number of negative points. However, it is dangerous, as an opposing player may go out while you have all your cards in your hand, leaving you with nothing but negative points.

Once the round is over, each player must count the points they have accumulated during the round and add it to their total game score.

Use the following point system when tallying the score at the end of each round:

-For each natural canasta: 500

-All other card values that were melded: Respective card point values (Refer to “The Cards and Melds” Section)

A partnership’s score for the hand equals the total point value of all cards that were melded by both players, summed with any extra points gained, minus the values of the cards left in both player’s hands.