Built it and they will come 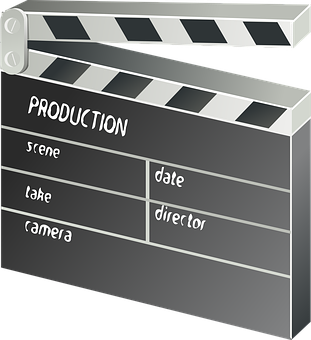 The main character Ray staked his farm, and livelihood on fulfilling his dream and building a big baseball field. Additionally, the phrase came to be used in the business world that if you have a business idea or a dream and you put forward the effort and move forward, then you can make that dream a reality by working hard, and people will come to the business or use the product. Furthermore, it implies action - you can’t just dream about it - you have to take the first step forward, and have complete faith in yourself (listen to that inner voice) and you will be successful. Ray then start off to build the baseball field from his vision, being motivated onward by the disembodied voice telling him that if he builds it “he” or “they” will come. Ignoring the pleas of his wife and brother and the advice from his neighbors, Ray builds the baseball field. Steadily, as his friends and family witness ■■■■ baseball players take to the field, he wins them to his vision culminating with James Earl Jones.

This story makes for a great movie but eventually when applied to business, “if you build it, they will come” will only end in disaster.

The idea is that you as an individual or a team work on a product and then release it to the world fully baked. The world, for its part, somehow finds your respective product, recognizes the obvious need for it and then beats the proverbial path to your door.

Why Doesn’t It Work?

Looking for product/market fit is the most difficult part of building any product. During this time you should be iterating quickly on your idea by speaking with as much customers or potential customers as possible. Without interacting with customers and discovering what their problems are it is impossible to build a product to solve those problems. It is impossible even if you are the customer, as you alone can only provide a single perspective. Getting a variety of feedback about needs, features, and solutions is what will give your product width and depth.

Ash Maurya wrote in Running Lean, “Startups which succeed are those that manage to iterate enough times before running out of resources.” Iterations require experiments, they require measurements, they require feedback, and which means they need customers.

Finding customers is quite hard. It is hard enough that marketers invented the “Rule of Seven” which states, “A prospect needs to see or hear your marketing message at least 7 times before they take action and buy from you.”

A startup is in the business of building something innovative, something that has never been seen before something unfamiliar. Miserably, people even early adopters, have a tendency to shy away from advanced ideas and products. As a species, we don’t instantly see the value in what’s new.

Why Do People Believe It Works?

With all the proof against the statement of “if you build it, they will come”, why do founders still believe it works? Why do they still choose this strategy?

To start with, I am not convinced but founders believe it works, nor do I believe they purposefully choose it as a strategy or plan. Rather, founders like most people, take the path of least resistance with what is familiar.

Most founders don’t have a background in either marketing or sales, and even though they have listened to podcasts and read articles exhorting them to ‘Start Marketing the Day You Start coding’, they just don’t know where to begin. Maybe they know enough to build a landing page to capture email addresses, but do they know perhaps what to say on that page and how to say it. Do they know where to go to promote their products and how to do it once they get there?

Figuring out these answers is very difficult and it takes time. Many founders are launching a startup ‘on the side’. With their limited time they have to choose between marketing and selling the product (what they don’t know how to do), have to choose between building the product (what they know how to do). Improving the product is the path of least resistance but it’s also “The Product Trap: the misconception that the best use of your time is always improving your product.” (Traction)

But marketing is only the first half of the issue. Once you have attracted customers to your product, the next step is to talk to them and determine if what is being built will meet their needs (i.e. establishing product/market fit).

Instead of discovering what they have built is the wrong product, and enduring the heartache of figuring out the truth many founders would rather blissfully go on unaware of what they have done. No founder would put it in those words for sure. They would instead give the excuse that the product needs 1 or 2 more features before it’s ready to be shown to customers.

What Should You Do Instead?

You are not building your product for yourself only. You may be a user of it, but you are not your market and you need a market to determine product or market fit. Getting feedback and direction from your eventual customers is why it is really important to start marketing as soon as you start developing your product. It is why Gabriel Weinberg wrote “The biggest mistake startups make when trying to get traction is failing to pursue traction in parallel with product development.” (Gabriel Weinberg Traction)

Marketing really wouldn’t be so worse if there was more certainty involved in it. If you could guarantee that doing y would result in z new customers everything would be grand. But marketing isn’t like that and startups are neither for that matter. “A startup is a human institution designed to create a new product or service under conditions of extreme uncertainty.” (Eric Reiss)

At some point or another you just have to “embrace the suck” of marketing. No you won’t know what you’re doing in the start, but putting it off isn’t going to grant you any new knowledge later. It’s just going to put you behind, and you need all the time you can get to find where your target customers are, and how to best reach them.

You have to acknowledge that developing your traction channels–even when you don’t know what you’re doing–is productive work. You are finding where your customers are; what they like and what they don’t, you are learning what terminology to use and what resonates with their pain points. It just doesn’t “feel” productive because it’s not where you’re most comfortable and because there’s so much uncertainty around the decisions you have to make.

If everything goes good, not only will you get early signups but you will also get feedback about what you are doing. That early feedback is a bit crucial for a successful product. It helps you recognize what features are needed, what areas in your product need clarity, and more importantly customer feedback keeps you building the right product.

The feedback you receive isn’t always positive, and that’s a great thing. Negative feedback is like pain in the body: it tells you something’s wrong. Maybe it’s telling you a feature isn’t needed or there’s a problem with how something work, but it could just as easily inform you that what you’re building is a waste of time.

If You Market It, They Will Come

I would love to say, “show me a product built with the strategy of ‘If you build it, they will come’, and I’ll show you a hundred others that failed with the same strategy,” but I can’t. Those “hundred others” died in obscurity. Might be they were the next unicorn or maybe they were just a lifestyle business but we’ll never know because no one heard about them.

James Earl Jones character was incorrect in Field of Dreams. People won’t come. They won’t come to your site without any reason. They won’t sign up for your product without knowing for sure why they are doing it. Believing they will is pure madness.

If you have a vision of a ■■■■ entrepreneur saying you to build a product, and to trust that customers will flock to it once it’s completed, my advice to you is to step away from the computer now, go spend time with your family, and possibly seek medical attention. The spirit is lying.

In the movie “Field of Dreams”, Kevin Costner plays an Iowa farmer named as Ray Kinsella. Being a farmer, Ray has fallen on tough times, but while standing in his corn field one day he sees a vision of a baseball field where part of his cornfield is accompanied by a voice saying him, “If you build it, he will come”.

What does it mean by the saying if you build it they will come?

Origin of: If you build it they will come

Since the 1990s this quotation has become a business mantra meaning, that if you make an investment and build something people will come, use it, and eventually pay for it.

Is Field of Dreams a true story?

What is the message in Field of Dreams?

This is a story about passion and hard work, not just for baseball but also a passion to do something with our one precious life even if people think it’s crazy. Field of Dreams also reminds us how faith can appear as madness to those not in the loop. Field of Dreams is also about penance

How long is Field of Dreams?

What happened to Terrence Mann Field of Dreams?

Mann is ■■■■ most of the film from the moment he stepped out, of Ray’s car. He had just been dropped off and suddenly appeared to undergo a personality of change of sorts, and was desperate to watch the field.

How does Field of Dreams End?

At the end of the movie Ray’s father appears on the field and they share a moment, playing ball, introducing Ray’s father to his wife and daughter, and getting a chance to make up for the way they ended things when his father was alive.

In conclusion we found that James Earl Jones character was incorrect in Field of Dreams. People won’t come. They won’t come to your site without any reason. They won’t sign up for your product without knowing for sure why they are doing it. Believing they will is pure madness.