Best Martial Art for Self Defense

The art of self Defense? The question of which martial art is best for self-defense has been debated and discussed on-line for years.

1 Like
How Teaching Self Defense Is More Interesting With The Right Software?
Sarajames August 20, 2020, 9:24am #2 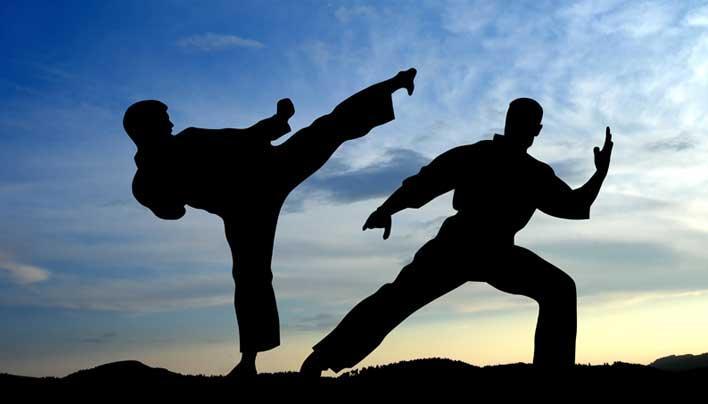 martial-arts-for-self- defensing708×404 19.8 KB
As a result, I went looking for a martial art that would give me the skills I needed to become great at self-defence. I researched every martial arts use and functionality and gave a lot of different ones a go. Sadly most were lacking.

I have compiled a list of martial arts for you, and I will give my honest view on each one and its ability for self-defence. Now while I have listed these arts in a number fashion that is not because I am ranking them in any particular order. Everyone’s needs are different and as such what works for one will not necessarily work for another. However these are the most effective martial arts out there, and you really go wrong with any of them.

Aikido has one of the worst repuations in Martial Arts for self defence and this is something I am hoping to change a little with this ranking.

It is true that Aikido is next to useless against anyone that has decent Martial Arts skills, so while it features on this list, I also need to be clear…it is not an art I would rush to do if I needed a self-defence system.

So why have I included it?

Well, because Aikido is incredibly useful for people who have to control aggressive and unskilled people ‘all the time’.

Police officers, security officers, prison officers are people who in my opinion would benefit from Aikido as it focuses on control of the arrms/ redirection of energy and has a heavy use of wrist locks.

As we will see, there are numerous arts out there that will teach you how to knock out an attacker, but professionals in security can’t do this, they would have broken knuckles and have videos of them going viral.

Aikido For Self Defence: Why Is It Good

I am not going to lie, Aikido is a mixed bag.

On one hand you have some incredible wrist lock techniques and throws that are similar to those seen in Judo.

Yet when faced with anyone with decent striking and or grappling skills the Aikidoist will be destroyed.

That being said I have worked as a police officer with some highly skilled Aikido experts and they tossed people around like rag dolls and hand their wrists locked up at lightning speed.

However as stated if you are involved in professional security I feel it has some good applications because it is a low impact system for dealing with aggressive and unskilled people.

People who you would come across a lot in your duties and just need some techniques to deal with those.

So my advice really would be to only study Aikido if you already have Martial Arts experience in another art (one of those on this list).

Silat is a Martial Art that will feature as an influence in many of the systems of Martial Arts or self-defence on this list.

The reason behind this is because Silat is such an effective Martial Art for self-defence.

The dance like motions of Silat contain within an explosive style of fighting that features super fast strikes and manipulation of balance and destruction of limbs.

Silat is a Martial Art from South East Asia and is practised in Indonesia, Brunei, Malaysia and the Philippines.

There are a number of origin stories around Silat but it is not known which is accurate.

Silat For Self Defence: Why Is It Good?

Silat is system of self defence that covers a wide range of fighting aspects. Weapons, ground work and even grappling are all featured making it incredible dangerous.

However the speed of application of these techniques in often both spell binding and overwhelming.

Anyone that attacks a Silat expert will find themselves on the receiving end of strikes and limb destruction that would make anyone run for cover.

The Approach isn’t a Martial Art but a system of striking that is drawing attention from law enforcement agencies globally.

It can be learned in hours yet can help people to deliver the most fearsome strikes.

I have personally seen Eddie teach these strikes and it has blown me away and also been on the pads for one of his instructors. Let me be clear, the power displayed is chilling!

Origins of The Approach

I won't pretend to know the true origins of The Approach but I believe it was created as a result of the founder Eddie Quinn's journey through Silat.

However also behind the system is Eddies true life experience of being a victim of a stabbing. Eddie is lucky to be alive and this experience has shaped his life and his system.

The Approach For Self Defence: Why is it Good?

The issue with Self-Defence is that you can be defated by someone who hits harder than you.

It doesn’t matter if you are a boxer or a top striker, if you meet someone who can outpunch you then your options are limited.

The answer is to be able to destroy them with strikes and this is what The Approach does. It allows you to strike with incredible power no matter what size or age you are.

Muay Thai or Thai boxing as it is largely known is a devastating system of kicking, punching, elbows and knee strikes.

Thai boxing is known for delivering some of the most powerful leg kicks in Martial Arts and has been a go to source of training for MMA fighters but it is equally superb for street self-defence.

How Teaching Self Defense Is More Interesting With The Right Software?