The Right Way To Wear A Wedding Ring

Engagement ring and wedding band conventions can be confusing for the uninitiated. 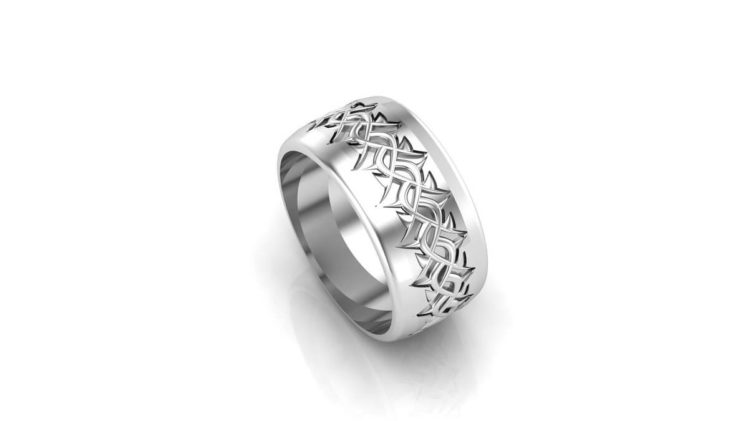 When it comes to the “right way” to wear your wedding ring, there are many options, and it’s important to keep in mind what fits best with your personal style! To provide guidance to new fiancés, we’ve pulled together some popular traditions on when and how to wear custom engagement ring s.

The Basics: Engagement And Wedding Rings 101

Despite the terms being used somewhat interchangeably, each ring signifies different milestones. There are a few differences between an engagement ring and a wedding ring, including design, placement and price-point, but the main difference between the two is when each ring is given.
An engagement ring is typically given at the time of a proposal and a wedding ring is commonly given when a couple exchanges marriage vows. Couples will frequently buy matching wedding ring sets so they can have similar ring styles to signify their union. However, it’s becoming more and more common for couples to buy wedding bands that reflect their own individual styles without worrying about coordinating with their spouse.

In western cultures, the engagement and wedding rings are worn on the ring (or third) finger of the left hand. The practice dates to ancient Romans, who believed the left ring finger held a vein that connected directly to the heart, making it a symbolic gesture for newlyweds. Ultimately which finger you choose to wear each ring on is up to you, but people will typically look for a ring worn on the left ring finger as a sign of engagement or marriage.

How To Wear Rings During And After The Wedding Ceremony

For practical reasons, such as a job where you work regularly with your hands, women may choose to wear a simple wedding band every day and only wear their engagement ring for special occasions. This is also a common practice when traveling, or in other situations where a person might be afraid of losing or damaging a diamond ring. Ultimately, however you wear your rings is up to you!

Of course! Although men don’t traditionally receive engagement rings in western cultures, the practice is not unheard of. Ed Sheeran, for example, wore a silver band on his left ring finger while engaged to his now wife, Cherry Seaborn. When asked about it he said, “I never saw why men didn’t wear engagement rings. It’s the same commitment either way.”

Other celebrities including Skylar Astin, Michael Bublé, and professional wrestler David Otunga have also sported engagement rings to show their decision to get married.

What About Anniversary Rings?

Diamond eternity bands or other rings are popular gifts to mark milestone anniversaries such as 5, 10, 15, and 20 years. Anniversary rings are very versatile, and couples should feel free to try mixing metals or styles with their wedding and engagement rings for a unique look!