How many season does hunter x hunter have

How many season does hunter x hunter have?
ans ; 6 seasons in total
Hunter x hunter is a japanese anime series aired on 2011.It is written by Yoshihero togashi a japanese famous manga writer.The story is about Gon(protagonist) who is left by his father.And gon is now 11 years old and wants to meet his father,who is a hunter.So gon wants to be a hunter to and meet uo with his father.Gon gets some new friends to start his journy whth kurapika,killua and leorio.Hunter x Hunter anime has in total 6 seasons.whit 148 episodes in total.

1.Hunter exam arc.(26 episode)
in this arc gon makes new friends and starts his new journey to find his dad.The Hunter Exam arc is the first [story arc] of the series. The arc spans from Episode_1_(2011)) to Episode_21_(2011)) of the 2011 anime adaptation. In this arc, applicants from all over the world attempt the [Hunter Exam] in order to become Professional The main characters of the series are also introduced in this arc. 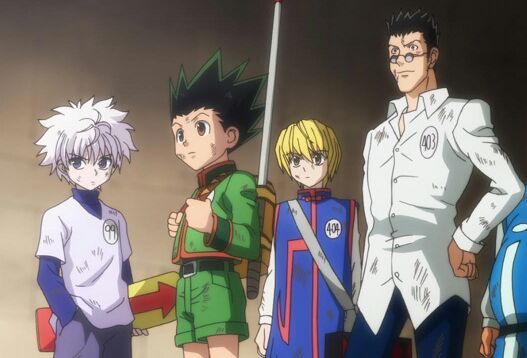 2.Heavens arena arc.(12 episodes)
in this are gon and killua starts there new journy to get strong and get money by entering a tournament at heavens arena.Gon go to Heavens Arena a 251-floor building where people compete through fighting tournaments around the clock for cash. It is here they meet the Kung-Fu master [Wing] who teaches them about Nen a chi -like energy that can be used to manifest superhuman powers. He teaches a young child named Zushi. who joins Gon and Killua to fight in the tournament to gain money and experience. Hisoka is also in the tournament. Gon finally gets to battle Hisoka again, to show off how much he has improved. 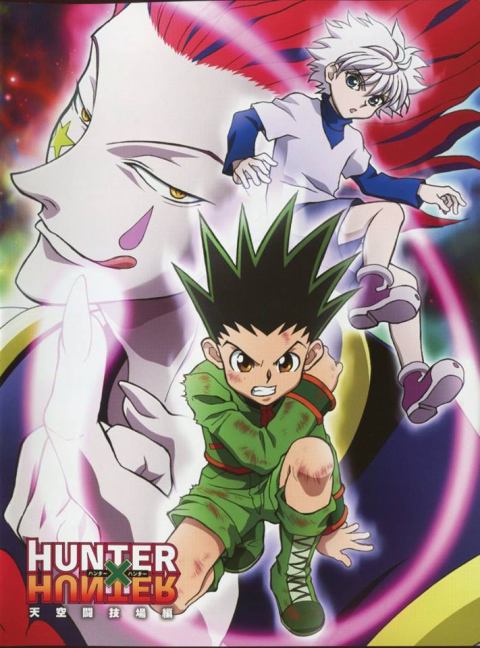 3.Phantom troupe arc.(20 episodes)
in this arc there is a very dangerous group called phantom troup. The four main characters reunite for the world’s largest auction in a sprawling metropolis named Yorknew City Gon, Killua and Leorio try different methods to make enough money to buy Greed Island a JoyStation Console video game which could help Gon find his father Gin. Kurapika works as a bodyguard for Neon Nostrade, a flesh collector and daughter to the head of a Mafia family, in order for him to get closer to his clans Scarlet Eyes which are set to be auctioned in the same city. The Phantom Troupe a group of thieves, who had slaughtered Kurapika’s clan, are also gathering at Yorknew City. 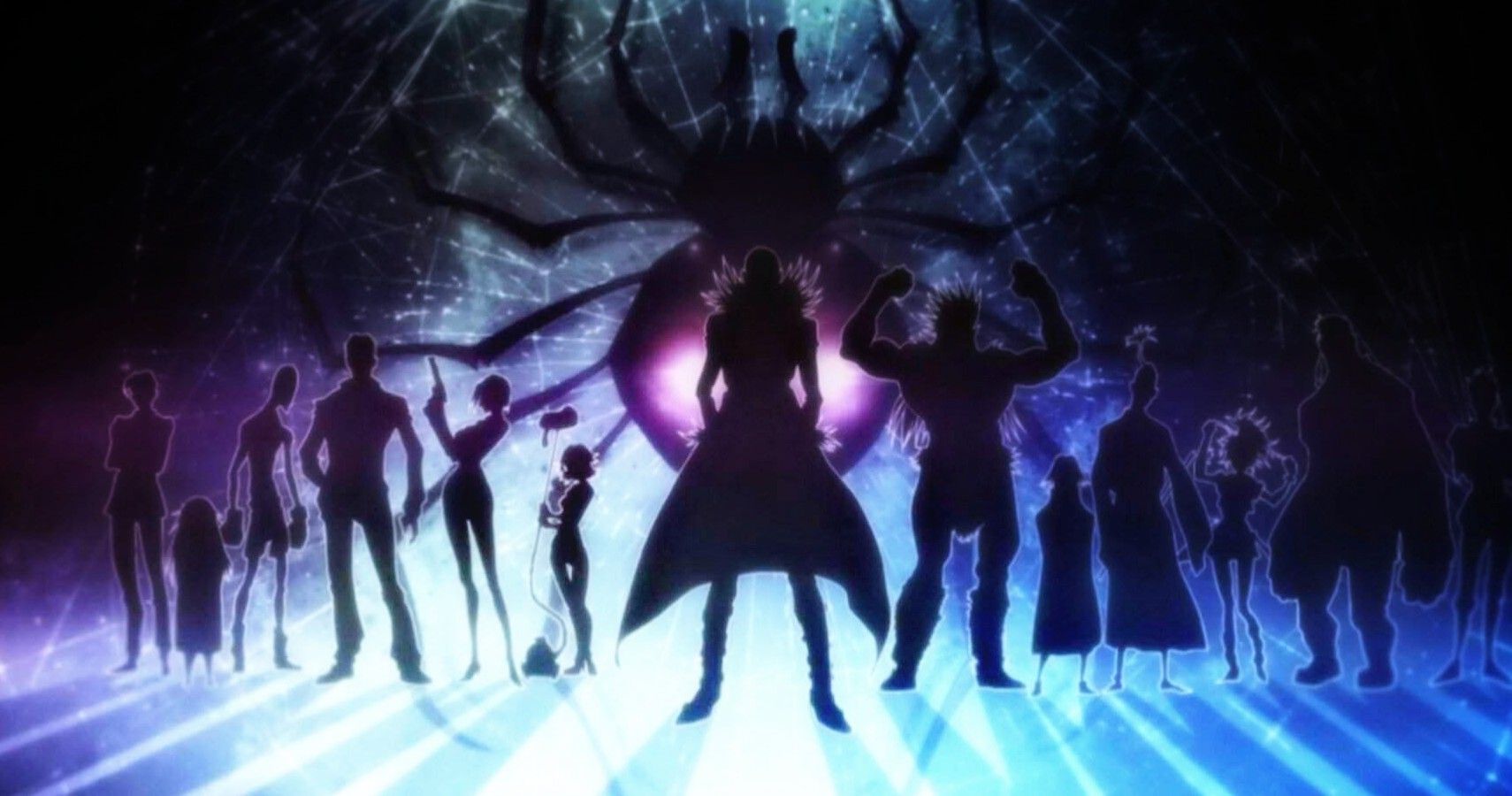 4Greed island arc(17 episodes)
Gon Killua and Leorio return to help Kurapika.Kurapika’s recovery after the battle against the Phantom Troupe. Leorio and Kurapika leave again, returning the focus to Gon and Killua. Gon and Killua are able to join a team hired by the billionaire, Battera, to play the game. Gon and Killua are joined and later nen trained by Biscuit a 57-year-old woman who looks like a 12-year-old girl, and is a master and experienced teacher of Nen. As the story progresses, a player nicknamed the Bomber is blowing other players up. Gon, Killua, and Biscuit team up with other players and take the Bomber out. The Phantom Troupe also travels to Greed Island, looking for a Nen-remover to remove the Nen blade on Chrollo_Lucilfer put by Kurapika to null his powers.

5.Chimera Ant arc(61 episodes)
in this arc there are some dangerous species of ants that eat humans.and gain power.so the hunter association are called and major fights take place it is the longest and best arc of the series. After leaving Greed Island Gon and Killua meet up with [Kite] They’re all hired to investigate a strange insect leg that washed up on a beach. Genetic testing determines that the leg belongs to an abnormally large Chimera Ant Queen which just happens to wash up on the shore of an island called the NGL(Neo-Green Life). The [Chimera Ants] proceed to wipe most of the population out and spawn hundreds of offspring for next generation before Gon, Killua, and Kite arrive to stop her 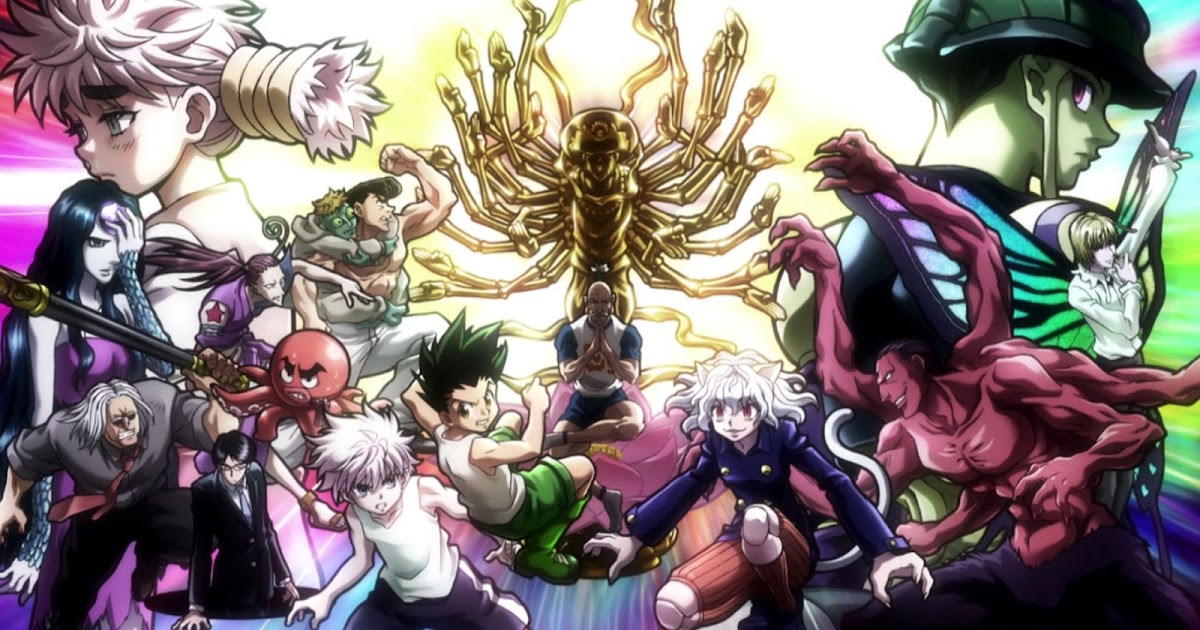 6.Election arc final(12 episodes)
in this arc gon meets his father Gin and the Hunter chairman election takes place. [Netero], the Hunter_Association chairman has passed away after his confrontation with the [Chimera Ant King, [Meruem] A new Hunter chairman is needed, so the Zodiacs are gathered to establish a new election for their new Hunter chairman. Ging Freecss one of the Zodiac members is leading the establishment. Leorio returns and quickly rises to prominence as a top candidate in the election. These events act as a backdrop to the efforts of [Killua] and his servants, who wish to revive a hospitalized Gon using the Nen ability of Alluka Zoldyck illumi aided by Hisoka attempts to stop Killua due to the potential dangers attached to using Alluka’s powers.

How many seasons does hunter x hunter have another post

HOW GOOD IS HUNTER X HUNTER?
It is one of the best animes out there.It was 1st relesed in 1999.But the story was not that long gon didnt found his dad in that adaptation.In 2011 the hunter x hunter anime came back with more arcs and story.The fans were really happy then.Hunter x Hunter is known as masterpiece to many people.And it is personally one of my favorite animes out there.It will always be in the hearts of the fans.It is famous anime you can watch it and enjoy.It will be a journey of a life time.

WILL HUNTER X HUNTER EVER COME BACK WITH NEW SEASON?
Hopefully yes it will be back one day.The author or manga writer of hunter x hunter is sick so he is not writing the manga now but he will complete it in the future.And when the manga will be complete then we can see a adaptation of new episode.It will take many years.But it will come back one day.The story of anime comes from the manga.A japanese comic if you dont know it.Then you can click below to know more about it.

WHO ARE THE MAIN CHARACTERS OF HUNTER X HUNTER?
There are 4 main characters in the series Gon(protagonist),killua,kurapika,leorio.
The story is about there aims in life and how they achived them.Many people wants to know what gender is kurapika?then you can read the below post to know the details.
Kurapika Gender?
Now you have your ans.