Am I diabetic or just stupid? 3

Or everything? I apologize in advance because it might feel like a test when it's over. I am 21 years old. 56,185 lbs. I do a lot of cardio and weight training. I'm a little overweight but I'm not overweight. I don't really have a family history of diabetes. I never eat too many carbohydrates and sugar in a day. After all, 2 weeks ago I was very thirsty. It seemed that no matter how much water he drank, he would always be thirsty. I felt it inside me and it evaporated. I did some research to find out what caused it and the first thing that came up was diabetes. I panicked and automatically diagnosed with diabetes. I didn't tell my parents because I didn't want to worry about them. Unfortunately, during the last week I have had some additional symptoms, increased urination, more frequent urination and tingling in my hands and feet (this only happens when my hands and feet are tense). When my legs cross). As soon as these symptoms appeared, I realized that I needed a check-up. As I did not go to the doctor because I had just moved from New York to Florida 2 months ago, I went to the doctor, told the doctor my symptoms and told him about my fear of diabetes. He took my blood pressure, temperature, 8 tubes of blood and tests (I knew my blood sugar level would be checked, so when the day came I fasted. I fasted for 14-15 hours). Kept) After waiting 30 minutes, the doctor finally came and gave me the result. "My blood pressure and blood pressure are normal and my blood sugar level is normal and does not indicate diabetes," he said. I was relieved and asked if my symptoms were probably due to paralysis, or just my head. He says yes After going there, I was curious to know what level of sugar I should read to diagnose diabetes. Then I looked at a graph which said that fasting fasting blood sugar level 126 or higher usually means that a person has diabetes, 100125 is pre-diabetes, and 8099 is considered normal. Is. My reading is 106. So, based on the graph, I have pre-diabetes. If this is true then why didn't my doctor tell me? Why do you say this is normal? They? Now I'm really worried because they didn't think I had diabetes, but I still have all these symptoms. Is everything going on in my head? I mean, I always think about diabetes, so maybe my brain believes I have it and it produces the symptoms to deal with it. Did I just move from New York to Florida? And do I adapt?

Yes, you are crazy. All blood sugar levels rise and what is normal for one person is not normal for another. The purpose of the sketches is to give us a comparative picture. If your readings are different from the graph, it does not mean that you have diabetes. It also depends on when you measure. A non-diabetic should score between 70 and 99 on an empty stomach and 70 to 140 two hours after a meal. If your doctor tells you that you have diabetes, he will do it. The symptoms you are experiencing may be due to a number of factors, most notably your feeling of irritability ... most likely due to the crossing of the legs ... this is normal. I think you're fine and you're obsessed with some of the symptoms. You said your AP has increased, so maybe that's why you're drinking more. Get rid of the card .. let it go and find it.

Am I diabetic or just stupid?

Or everything? I apologize in advance because it might feel like a test when it's over. I am 21 years old. 56,185 lbs. I do a lot of cardio and weight training. I'm a little overweight but I'm not overweight. I don't really have a family history of diabetes. I never ate ...

There are two types of diabetes. In type 1, there are symptoms of severe thirst and frequent urination. Blood sugar levels rise and most people are diagnosed when it is above 300, 600 or 1200! And they feel really bad.

In type 2 diabetes, the symptoms do not usually appear, so most people will not know they have it until they have a regular blood sugar test and they know 150 or more. ۔ The picture you are looking at is quite granular. I wasn't a Type 2 until I was over 140 years old. Now 120. 80 120 is normal, but as close as 120 you will go to the area before diabetes. But just because you have pre-diabetes doesn't mean it's just a matter of time before you get sick. For many, this means making lifestyle changes to get below 120 and close to the 80-100 ideal. 106 is good. Probably a factor as to why they're doing so poorly.

It feels more like Paronia. People with newly diagnosed diabetes are very sick. Excessive nausea and a very unpleasant feeling of irritation and flu that will not give you relief. Walk slowly in the water and you will not get much. People your age suffer from weight loss without effort, which is unusual. The cycle you mentioned is not a sign of undiagnosed diabetes.

You should definitely get a second opinion. Go to another doctor and ask them to make sure you don't have pre-diabetes. You may be crazy at some level, but seriously, in that case, I can't blame you. 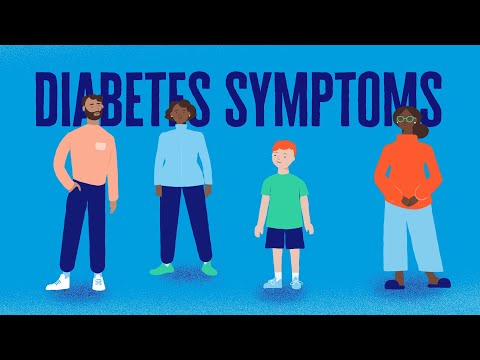 Do you sometimes feel short of energy or sleep?

It's okay to eat carbohydrates, but if you eat the same amount without fruits, vegetables, nuts, it's not a good idea. Especially when you eat too much.

You should see your doctor immediately!

We are interested in what your parents think !!! You talk about your life! Diabetes is AL! All of them are diabetics, unless they have a car accident or medication.

The good news is, you're still young! And it's still in its infancy! Ask your doctor and eat healthy! It's not too late, it can be eliminated !!!!!!!!